Where Does Hulu Fit in Disney’s Super-Size Streaming Strategy?

Under Disney, Hulu can become the Magic Kingdom’s prestige brand

During an eye-popping, four-hour investor day Thursday, Disney unleashed its brands in all-out assault on Netflix. But where does Hulu fit in? The 13-year-old streaming service may appear to be the little brother to Disney+ in the Magic Kingdom’s streaming ambitions, but it figures to play a major role as Disney seeks domination over Netflix.

Hulu essentially allows Disney to have its cake and eat it too as it seeks to bring a version of the cable bundle into the streaming world. Disney+ offers a Netflix-level challenger that is draped from head to toe in the family-friendly Disney brand. At the same time, Hulu serves as a place for Disney’s more mature content from its Fox deal (especially FX) and a way to cater to advertisers. That’s not to forget ESPN+, whose importance increases as streaming starts to play a larger role in live sports.

Hulu has always been a curious streaming service. It began in 2007 as a joint venture for three of the four broadcast networks (ABC, NBC, Fox) to dump their linear programming to allow viewers to catch up. For a brief moment, Disney, NBCUniversal and Fox (which each had a 30% stake) and Time Warner (which had 10%) thought about launching an IPO, and later an outright sale, before pulling back in 2011.

Disney acquired Fox’s 30% as part of its $71 billion deal, which was completed last year, then quickly bought out the 10% from WarnerMedia (part of AT&T’s purchase of Time Warner). Disney then gained complete control from NBCUniversal parent Comcast later in 2019 with an agreement that stipulates it can force Disney to buy out its share as early as 2024. That’s also the earliest Disney can force Comcast to sell its share, per the terms of their agreement.

Shortly after taking over Hulu, former Disney CEO Bob Iger talked a big game about building Hulu and Disney+ simultaneously, with plans to take Hulu international. Those plans changed, perhaps because of Disney+’s better-than-expected start, which gave Disney brass more inclination to increase its already-large investment (it will now spend between $8-9 billion on Disney+ content in 2024 alone). It’s also possible that Star, the India-based streaming service it also gained in the Fox deal, has more brand recognition overseas as the company looks to expand streaming in other territories.

But Hulu, with 38.8 million domestic subscribers compared to Disney+’s 86.8 million, has been dwarfed by its streaming sibling. While Disney+ is now projected to have between 230-260 million worldwide subscribers by 2024 (including Star, which will be rolled into Disney+ in most markets), Hulu is targeting a mere 50-60 million. Even when accounting for the fact that Disney+ is global while is just in the U.S., the wide expectations gulf shows how differently the two streaming services are positioned.

There’s another reason why Disney may not want to grow Hulu too quickly: The company is still on the hook to buy out Comcast’s Hulu share of the streamer — and that price only goes up it becomes more valuable. “Given that NBCU will be selling this asset back to Disney, we feel that Disney is not as incentivized to drive growth here (and drive up the purchase price) ahead of the transaction,” MoffettNathanson analysts wrote Friday morning in a research note. MoffettNathanson predicts that Hulu will take a jump to 71 million subscribers by 2025 (when Disney is likely to own the streamer outright). 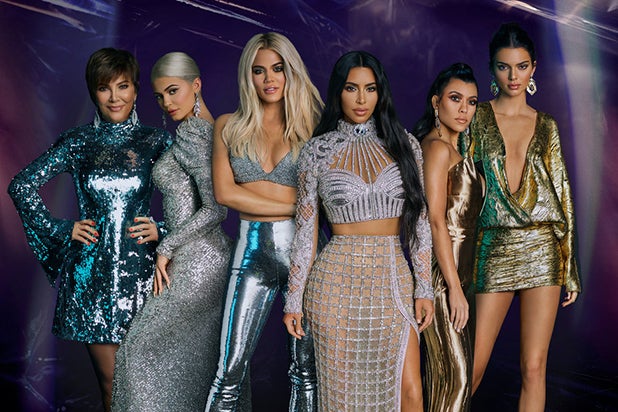 “Hulu appears increasingly marginalized,” Rich Greenfield of LightShed added earlier this week. “Hulu is clearly being confined to the U.S. as Disney launches the Star brand globally and Disney’s most iconic franchise content all heads to Disney+. It also remains unclear how Disney’s need to buy out Comcast’s remaining stake in Hulu is influencing its strategy right now in terms of investment/expansion in Hulu.”

While Disney+ will be getting 10 new “Star Wars” shows, 10 new Marvel Studios shows and series based on Pixar and animated hits (trust us, that’s not even close to everything announced), the wide majority of Hulu shows touted on Thursday were announced months ago. The main new announcements for Hulu included a vague content deal with the Kardashian family and that 20th Century and Searchlight would be making exclusive films for Hulu. The most exciting new series for Hulu came via its FX partnership: An “Alien” TV series from Noah Hawley and Ridley Scott that will first air on TV.

One could view Hulu as Disney’s “prestige” streaming service, with Emmy-winning series like “The Handmaid’s Tale” and “Ramy” and its coupling with FX, while Disney+ is the massive, general entertainment (“four-quadrant,” in industry-speak) offering. Hulu also allows Disney to keep its toes in the dwindling pay-TV universe with 4 million subscribers to its Hulu Live service.

Hulu president Kelly Campbell touted its role in building the streaming world. “Hulu has helped making streaming TV a centerpiece of entertainment for consumers,” she said Thursday. “For years, Hulu has driven the growth of advertising in streaming TV.” Hulu now has around 92 million monthly ad-supported viewers and its Live TV service generates about $41 million in monthly ad revenue. Campbell touted Hulu as now the fifth-largest pay-TV provider.

“It really gives the utility that consumers might normally find from the cable or satellite subscriber and be able to get it over-the-top directly to their homes,” Disney CEO Bob Chapek said during its most recent quarterly-earnings call last month, adding that it can “increasingly act as a solution to those households that have walked away from their traditional, more traditional cable type of subscriptions.” 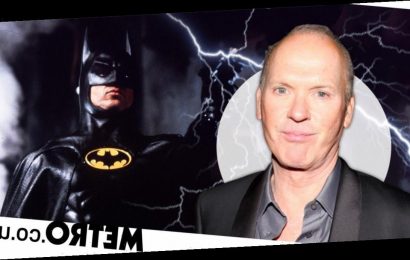 Robert Pattinson, Ben Affleck and Michael Keaton to all play Batman in 2022