The feud between the royal family and Meghan Markle and Prince Harry doesn’t seem to be getting any better. There are bruised egos and hurt feelings that aren’t going away anytime soon. For Prince William, it’s now about protecting wife Kate Middleton from the criticism that she allegedly made Meghan cry the week of her wedding. 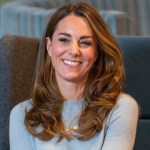 Even though the Duchess of Sussex clarified in the Oprah Winfrey interview that Kate “owned it, and she apologized and she brought me flowers and a note apologizing,” that doesn’t seem to be good enough for Prince William — who is reportedly upset at how his wife was portrayed in front of a global audience. “William is very protective of Kate and can get very angry,” says royal biographer Penny Junor told People. “For Meghan to name Kate in a negative light is worse than being attacked himself.”

But what about Meghan? She’s been dragged in the U.K. press for several years now and no one seems to be worried about her reputation. It’s the palace’s selective protection that really is in question here — they can’t seem to find a way to welcome the Duchess of Sussex into the family.

It’s natural, of course, for the Duke of Cambridge to want to protect his wife, but there could also be an understanding that Meghan and Harry were struggling under the enormous weight of the negative media blitz. Any empathetic person could recognize that the palace could have done better in this situation and try to find a way to improve family relations in the future. They’ve only had a few decades to figure it out since they last did this to Princess Diana.

And the monarchy can’t continue to operate in this hypocritical space where it’s OK for Meghan to be disparaged, but not Kate. There shouldn’t be a sacrificial lamb in the media, but it looks like they will only protect those who follow the rules of royal protocol, not those who choose to get out of a toxic situation.

Before you go, click here to see things you never knew about Kate Middleton before she met Prince William.