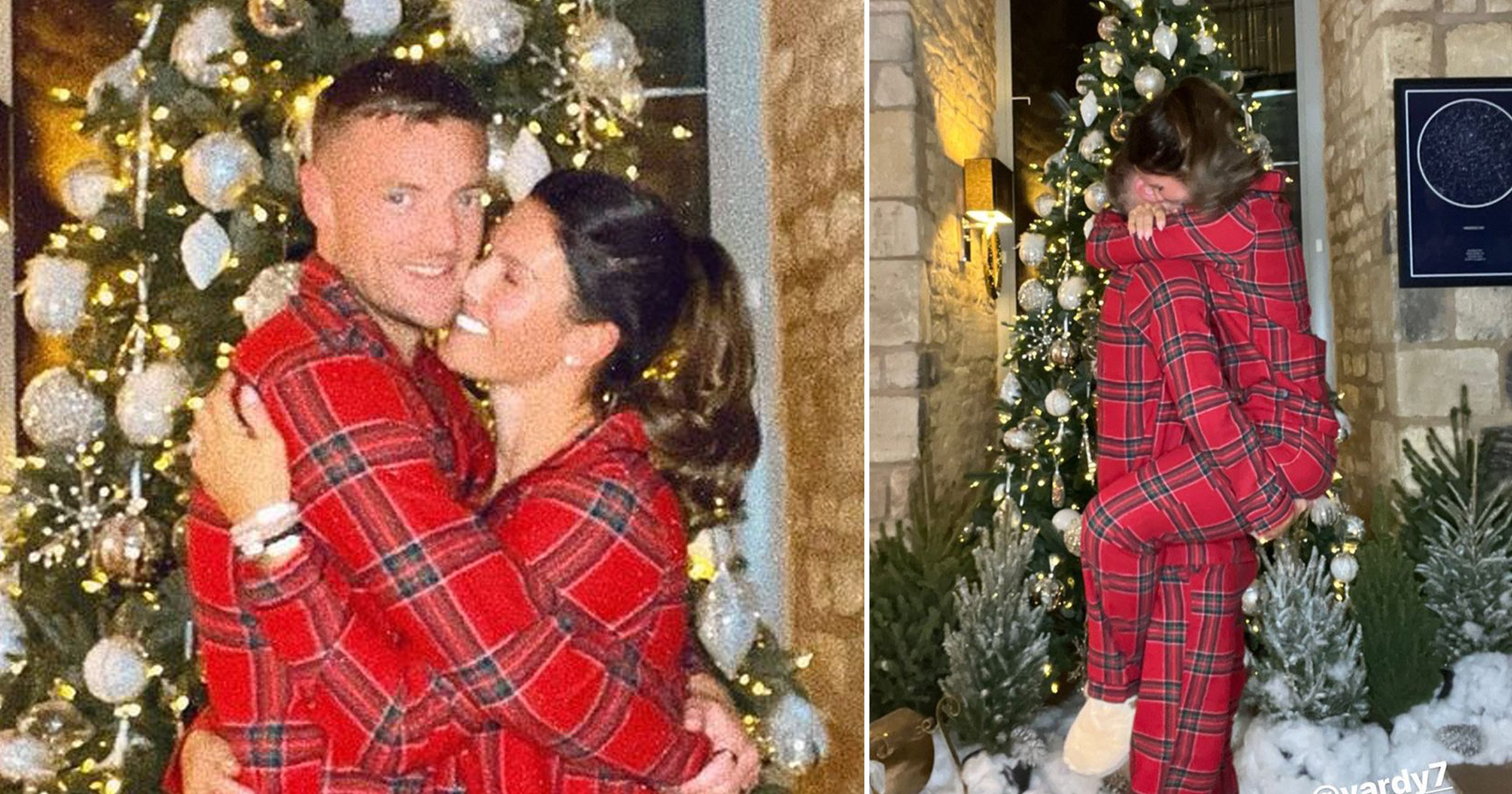 Rebekah Vardy and her footballer husband Jamie celebrated the festive season by sharing pictures of themselves in matching pyjamas.

In a time-honoured tradition enjoyed by many families, the married couple opted for red tartan for their choice of casual wear.

Rebekah, 40, and Jamie, 35, who have been married since 2016, were seen on her Instagram on Saturday night.

The pair were seen posing in front of a big Christmas tree covered in silver and white baubles, with their arms wrapped around one another as Rebekah beamed at her husband and Jamie smiled at the camera.

‘Happy Christmas Eve 🥂🎄,’ she wrote in the caption alongside the photo.

She also posted an outtake photo to her Instagram Stories, showing Jamie holding her up in a hug as she wrapped her legs around his waist and gave the Leicester City star a fierce cuddle.

Jamie and Rebekah, who share three children together – Sofia, eight, Finlay, five, and three-year-old Olivia – as well as Rebekah’s two older children from previous relationships and Jamie’s first child, seemed to be putting the drama of her legal court battle with her fellow WAG, Coleen Rooney, well and truly behind them.

The former Dancing On Ice contestant had shared a photo on Thursday morning of the family enjoying a festive outing to enjoy the Christmas lights at Belton House in Lancashire.

It came the day after the TV series (following a stage production) that was based on their explosive court case, titled Vardy v Rooney: A Courtroom Drama, finally premiered, starring Michael Sheen, Natalia Tena and Chanel Cresswell.

The real-life drama kicked off in 2019 when Coleen Rooney accused Rebekah Vardy of leaking stories on her to the press, claiming she had set up a ‘sting operation’ by limiting access to her private Instagram Stories to only Vardy’s account and posting fake stories to smoke her out.

Vardy has always denied the claims and sued Rooney for libel, but lost the trial that took place this summer when it was ruled Rooney did not defame her.