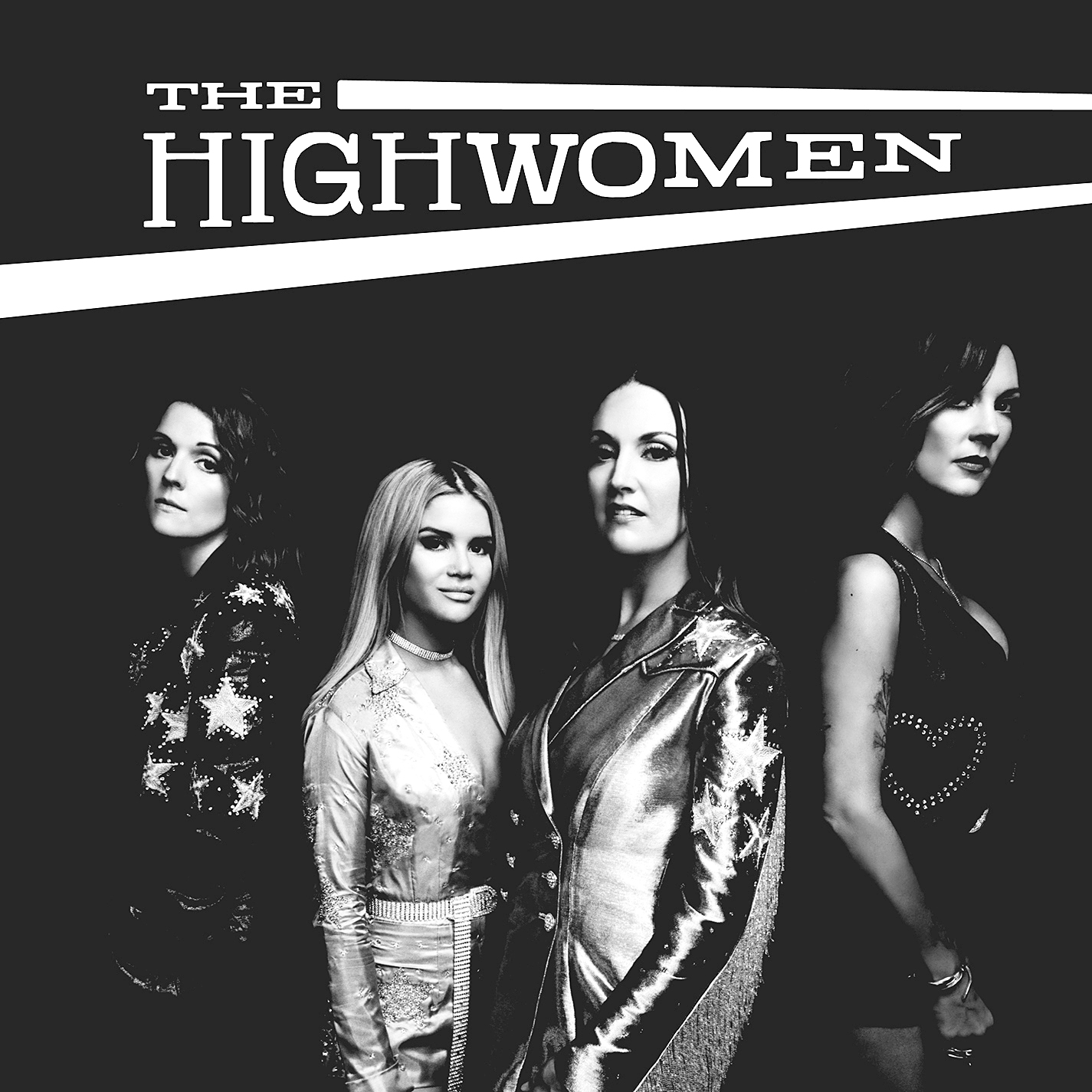 The Highwomen are here and they want you to know it. On their self-titled debut album (out now), the newly formed country supergroup — composed of Brandi Carlile, Maren Morris, Natalie Hemby and Amanda Shires — take back what’s theirs and make an instant classic in the process.

Vocalist and violinist Shires, 37, spearheaded the idea to start an all-women quartet, in part as a response to the gender imbalance on country radio. First, she recruited crossover powerhouse Morris, 29, then Americana favorite Carlile, 38, and renowned songwriter Hemby, 42. Together, they became a female take on the ‘80s supergroup The Highwaymen, which consisted of Johnny Cash, Waylon Jennings, Willie Nelson and Kris Kristofferson.

The Highwomen set the bar higher than high — and then even higher than that — on the opening track, also titled “Highwomen” (confusing, we know). The resilient, chill-inducing protest anthem, which is a recreation of The Highwaymen’s eponymous signature hit, switches the narrative from male to female while taking listeners on a journey of women in history who have given up everything: an immigrant escaping Honduras, a suspected witch hanged in Salem, a freedom rider (voiced by country-soul singer Yola) and a preacher.

Next up is the group’s unforgettably catchy debut single, “Redesigning Women,” which includes an all-too-important shout-out to Rosie the Riveter. The title is a play on the beloved ‘80s sitcom Designing Women, just one example of The Highwomen’s clever wordplay. Morris also puts her trusty pen and paper to good use on “Loose Change” and “Old Soul,” two superbly written additions to her already impressive catalog. On the former, Morris calls out a partner who simply does not appreciate her worth: “I ain’t worth a thing to you / You don’t see my value.”

Carlile continues to absolutely annihilate the glass ceiling on “If She Ever Leaves Me,” a rare gay country song with vocals so stunningly smooth that she should start making room for even more Grammys on her shelf at home with her wife of nearly seven years, Catherine Shepherd, and their two daughters.

Of course, no album out of Nashville is complete without a proper kiss-off, which The Highwomen find in “Don’t Call Me.” The twangy, Dixie Chicks-esque number’s best lyric? “Pick up a book and get self-help / 1-800-GO-2-HELL … You can lean on your other ex / I know y’all still text,” Shires teases. The Texas Playboys member has another shining, albeit gut-wrenching, moment later on the record with the piano-driven ballad “Cocktail and a Song,” a tribute to her father and his final moments. 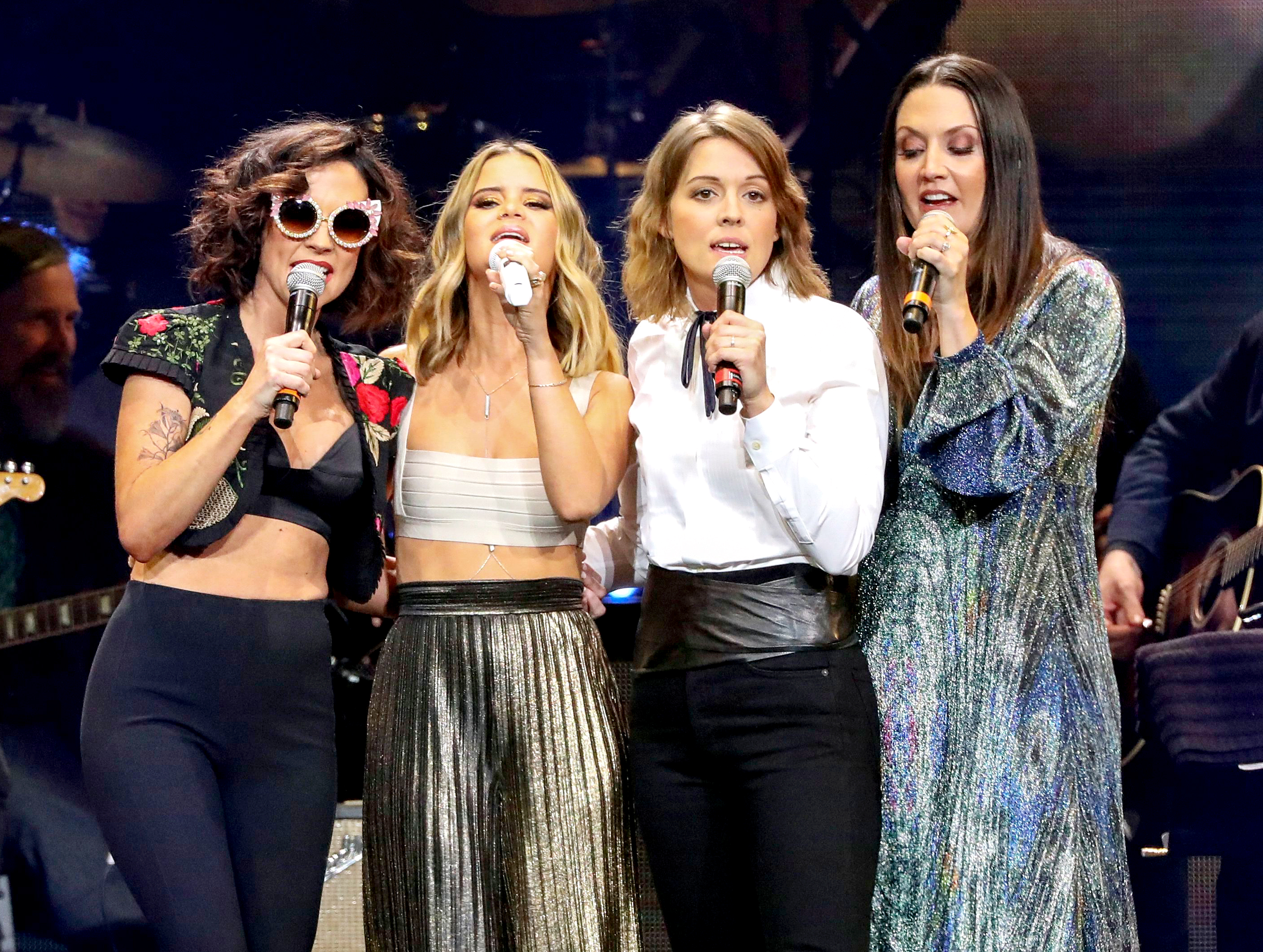 Motherhood takes center stage on several of the album’s 12 tracks. On “Only Child,” which Miranda Lambert cowrote, Hemby comforts herself for never having more children while simultaneously cherishing the beautiful memories she’s had with her fast-growing daughter. And on “My Name Can’t Be Mama,” The Highwomen bare their souls and put a spotlight on all types of mothers; a hungover Carlile sings about her “ceiling still spinning from a night that went too late,” Shires details the struggle of wanting a successful career so badly that she “peeled out of the driveway” and left her “family in bed,” and Morris drives her own mom crazy by “living in the moment” instead of giving in to societal pressures to have children by a certain age.

The most poignant and arresting song on the album, “Crowded Table,” highlights The Highwomen uniting in more ways than one — with their pitch-perfect harmonies and by simply bringing people together. Join hands for this stadium-ready sing-along that centers around inclusivity with the chorus, “I want a house with a crowded table / And a place by the fire for everyone / Let us take on the world while we’re young and able / And bring us back together when the day is done.” Now that is solidarity.