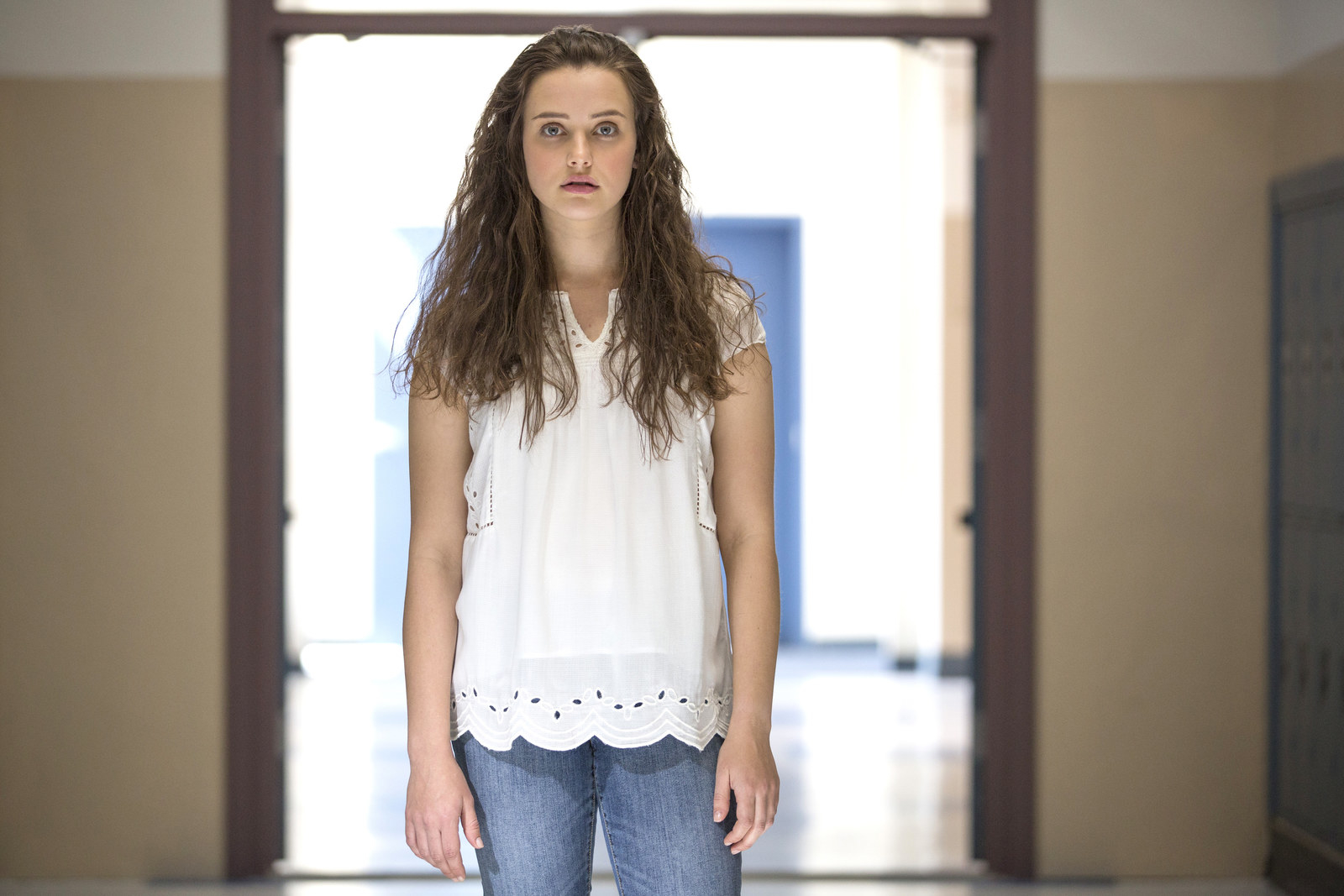 After watching the first couple of episodes of Netflix’s 13 Reasons Why with her daughter, Emily Bragg, when the show first premiered in 2017, Joyce Deithorn begged the 19-year-old to stop watching. Deithorn believed the show could be harmful for her daughter, who was being treated for bipolar disorder and other mental health–related issues.

But Deithorn could only do so much. Emily was hooked on the teen suicide drama and wanted to keep watching it, against her mother’s wishes.

A few weeks later, on June 24, 2017, Emily killed herself — in the exact same manner as Hannah, the central character on the show.

“I still have PTSD from it because I was the one who found her,” Deithorn told BuzzFeed News through tears.

“I truly believe that that [show] was the final thing that kind of just pushed her over the edge.”

The causes behind a suicide can be complex, and experts caution against trying to find a single motivation for someone taking their own life. But mental health professionals have also warned viewers with mental health illnesses not to engage with the show, which some of them have criticized as glamorizing suicide.

On Tuesday, Netflix and 13 Reasons Why’s creators seemed to acknowledge some of these criticisms were valid when they announced they had made the sudden decision to remove a graphic suicide scene that appeared in the first season, on the advice of mental health experts.

For Deithorn, though, the decision is “way too little, too late.”

“I guess it’s them owning that they did the wrong thing,” she said. “I kind of thought, How much should they own other people that have taken their lives?” 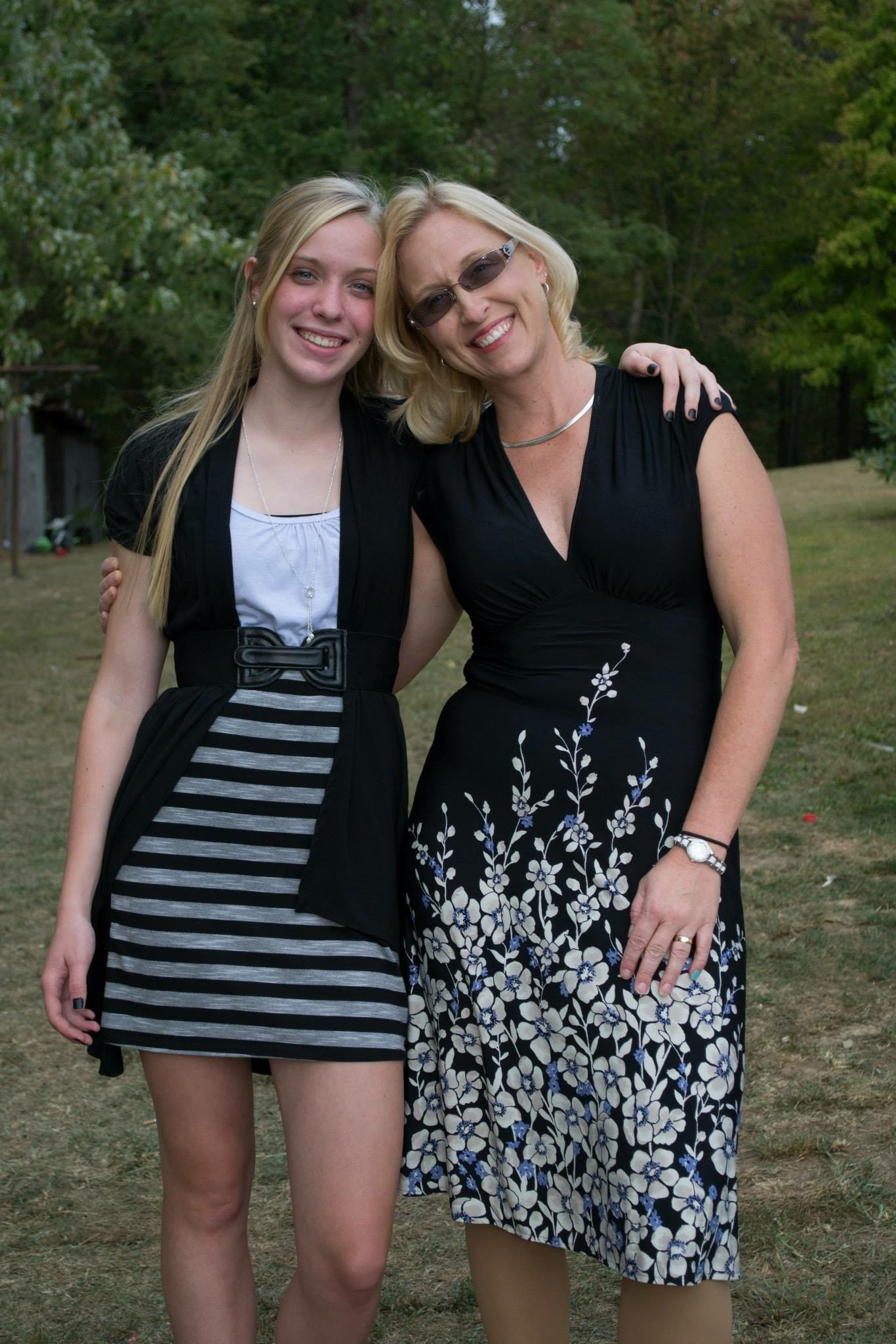 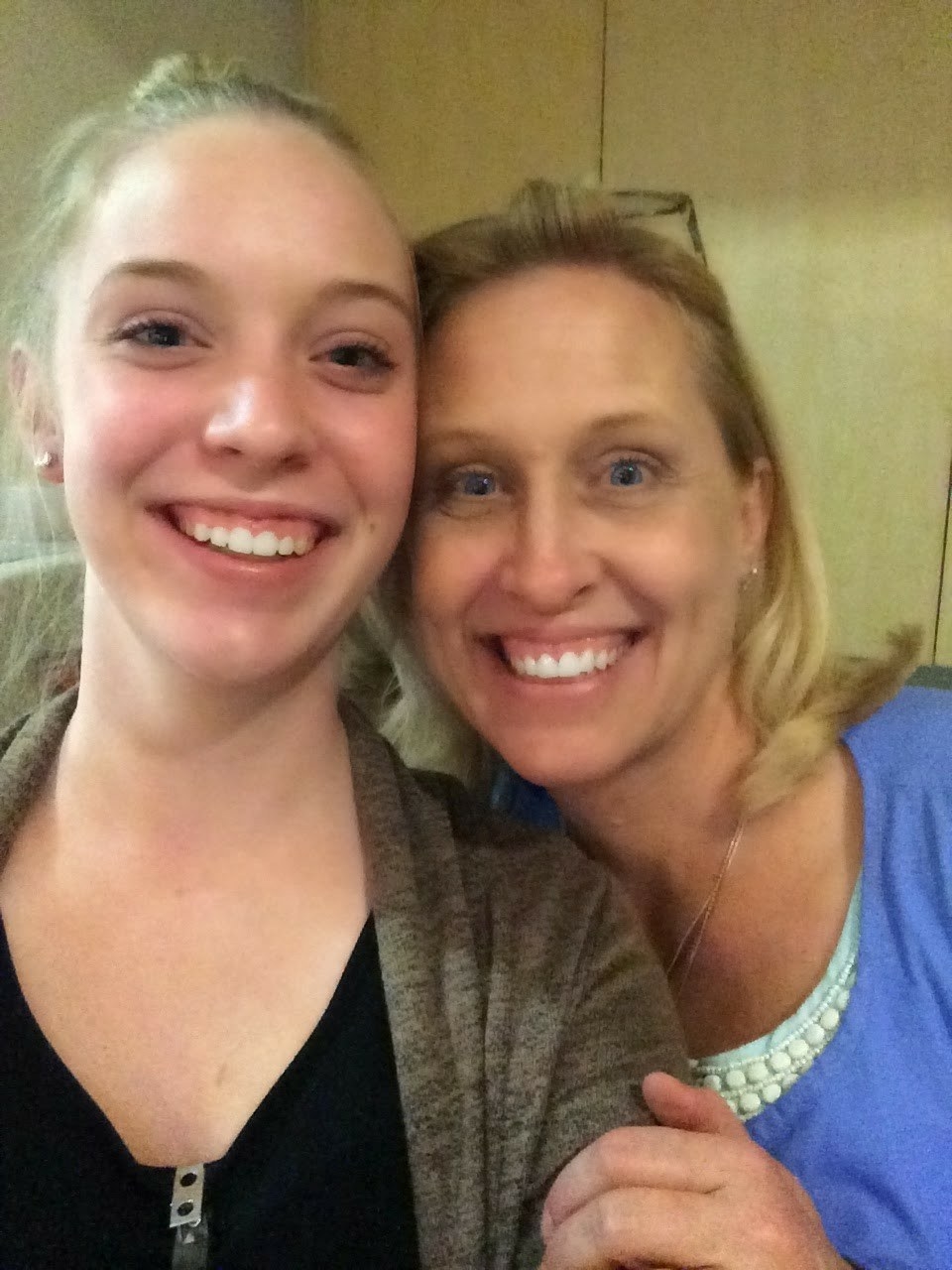 13 Reasons Why centers around teenager Hannah Baker (Katherine Langford), who kills herself and leaves behind a set of cassette tapes for classmates. Initially, the last episode of Season 1 depicted Hannah’s suicide, a decision that showrunners ardently defended but was on the receiving end of lots of criticism.

Producer Joy Gorman responded to those critics after 13 Reasons Why’s premiere, telling BuzzFeed News in 2017, “I feel like kids need to know that a lot of what they go through is universal.”

And 13 Reasons Why writer Nic Sheff wrote in a 2017 guest column for Vanity Fair that his own experience with mental health and a suicide attempt shaped his desire to include the scene on the show.

“It seemed to me the perfect opportunity to show what an actual suicide really looks like — to dispel the myth of the quiet drifting off, and to make viewers face the reality of what happens when you jump from a burning building into something much, much worse,” he wrote.

But Netflix’s unusual decision to now remove a scene from a series that had already been streaming for since March 2017 comes years after mental health experts advised them not to depict it to begin with.

Dr. Victor Schwartz, director of the Jed Foundation, told BuzzFeed News in 2017 that the 13 Reasons Why team reached out a few days before the show premiered and asked the nonprofit organization — which focuses on teen mental health and suicide prevention — to review it. “When we heard from them, the production was completely done and the train had left the station, effectively,” Schwartz said at the time.

General mental health guidelines from the American Psychiatric Association also say that “the realistic portrayal of mental illness in television and movies can be an effective way to reduce stigma around psychiatric issues.” However, the APA warns that “it can be troubling if those portrayals do not show options for treatment.”

Licensed clinical psychologist Helen H. Hsu also consulted on 13 Reasons Why and read early scripts before it aired. But unlike other colleagues, Hsu didn’t mind Netflix including the scene.

“There does exist a very real risk of contagion for people who are very vulnerable,” Hsu told BuzzFeed News in 2017. “But there is also a much larger, gigantic community and population that really has to hear and tell stories about suicide. I’ve seen it save people’s lives to know they’re not alone as a person who suffers.” 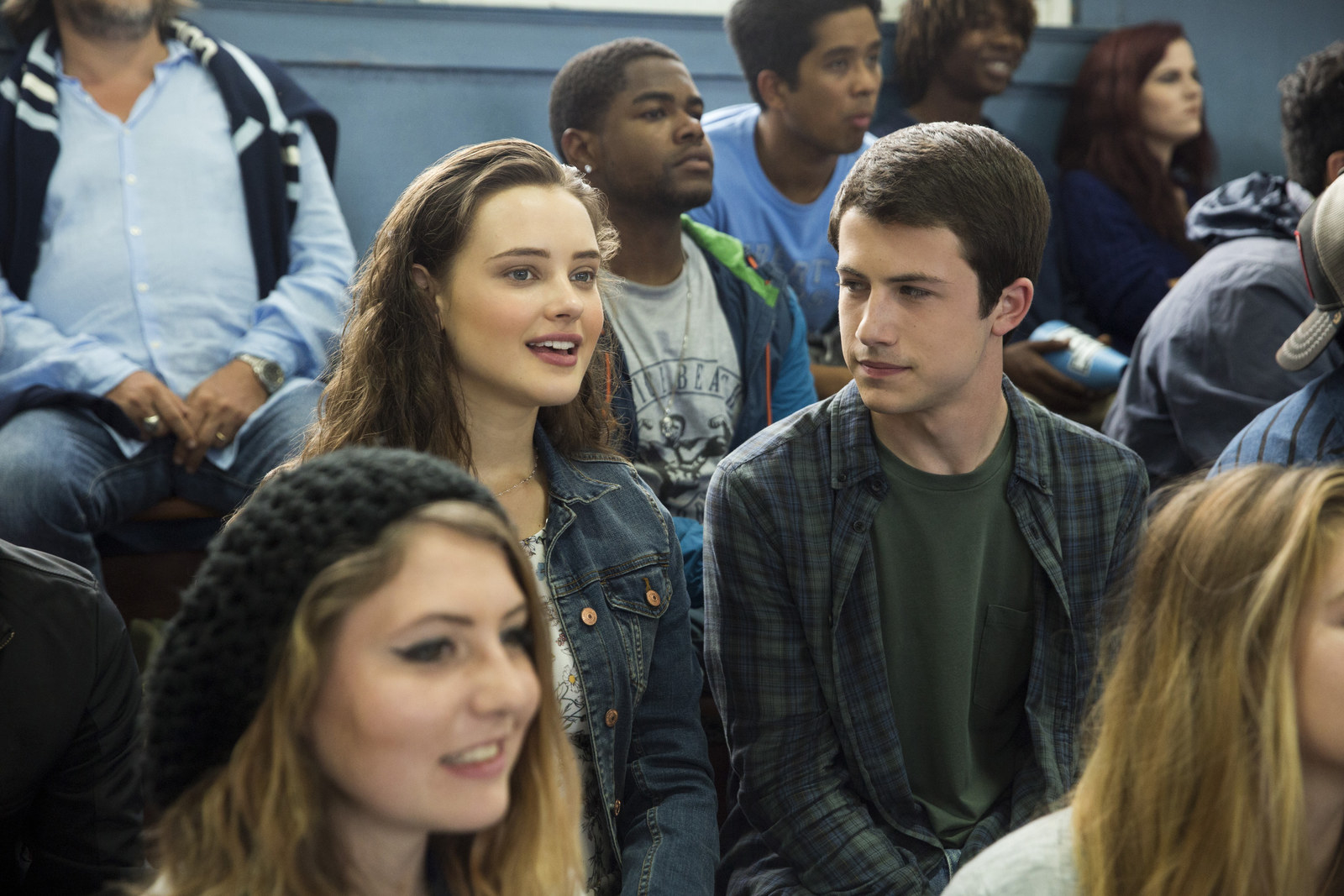 Now that 13 Reasons Why is heading into its third season, the three-minute scene from Season 1 has been replaced on the streaming platform with a shorter, edited version that instead shows Hannah in the lead-up to that moment, followed by her parents finding her body and mourning her death.

This is an important change as it focuses the viewers’ attention and emotions on how Hannah’s actions affected others, said Dr. Christine Moutier, chief medical officer at the American Foundation for Suicide Prevention. A character “living through a suicidal crisis is obviously the most positive [thing to see in fiction],” she said, “but after a suicide death has occurred, then showing the loss experience as the tragic and complex type of grief that it is is actually a good thing.”

Moutier said she collaborated closely with showrunner Brian Yorkey to rework the scene after years of ongoing discussions and “hearing the feedback from viewers and hearing the concerns of experts.”

“So it is personally gratifying for me to see this decision that they made.”

While a number of psychological studies related to 13 Reasons Why and its impact on viewers have been published in the last several years, Moutier said they yielded conflicting results and weren’t necessarily directly indicative of the show’s influence over young viewers. Still, they were a factor in Netflix’s decision to make this change.

“Of course, I’ve been watching all of those closely, as has Netflix, and I think they, to their credit, were sort of in the process of really listening to all of that feedback and wanting to do right by the show’s messages, which are meant to be positive,” Moutier said.

Since Netflix’s announcement was on Twitter early Tuesday morning, psychologists and mental health experts who were once critical of the show — including Moutier, Schwartz, and Dr. Dan Reidenberg, the executive director of SAVE, a suicide prevention nonprofit — have spoken in support of of the streaming platform.

But Deithorn isn’t among those heaping praise on Netflix, as she still blames it after the death of her daughter.

“It’s destroyed my family and we are still piecing our lives back together,” she said. “Even knowing that they had doctors that were aware and told them not to show it prior to the show premiering, why would they go forward with that?”

In a short statement to BuzzFeed News for this story, a Netflix spokesperson offered condolences to Deithorn. “Our hearts go out to this family,” the spokesperson said. “We’ve been mindful of the ongoing debate around the show, which includes the voices of viewers, experts and parents.”

Deithorn hasn’t watched any more of 13 Reasons Why after her daughter Emily’s death. The pain is too fresh and the show too close now to her own lived experience.

“My heart still hurts for what I’ve lost,” she said. “They will never know the magnitude of what they’ve done to myself and my family.”

The National Suicide Prevention Lifeline is 1-800-273-8255. Other international suicide helplines can be found at befrienders.org. You can also text TALK to 741741 for free, anonymous 24/7 crisis support in the US from the Crisis Text Line.