Andy Cohen, listen up! Jennie Garth may have passed at the opportunity to join The Real Housewives of Beverly Hills, but her BH90210 costar Tori Spelling is down to return to the infamous zip code.

While discussing Denise Richards’ cameo on the Beverly Hills, 90210 quasi-revival during an appearance on SiriusXM’s The Jenny McCarthy Show on Monday, August 5, Spelling, 46, revealed that she has “never” been asked to join the Bravo series.

Moments later, Garth, 47, let it slip that she has been approached, but turned the offer down.

“I was like, ‘I’m the furthest thing from a desperate housewife,’” the What I Like About You alum told McCarthy and Spelling. “Is it Desperate Housewives?”

After clarifying the title, Spelling explained that it makes her “really sad” that she has never been approached by the casting directors.

“I was born in Beverly Hills, so I have one thing going for me,” Spelling, who is a fan of the series, explained. “I’m married with a lot of kids, drama follows me everywhere, they’ve never asked me!” 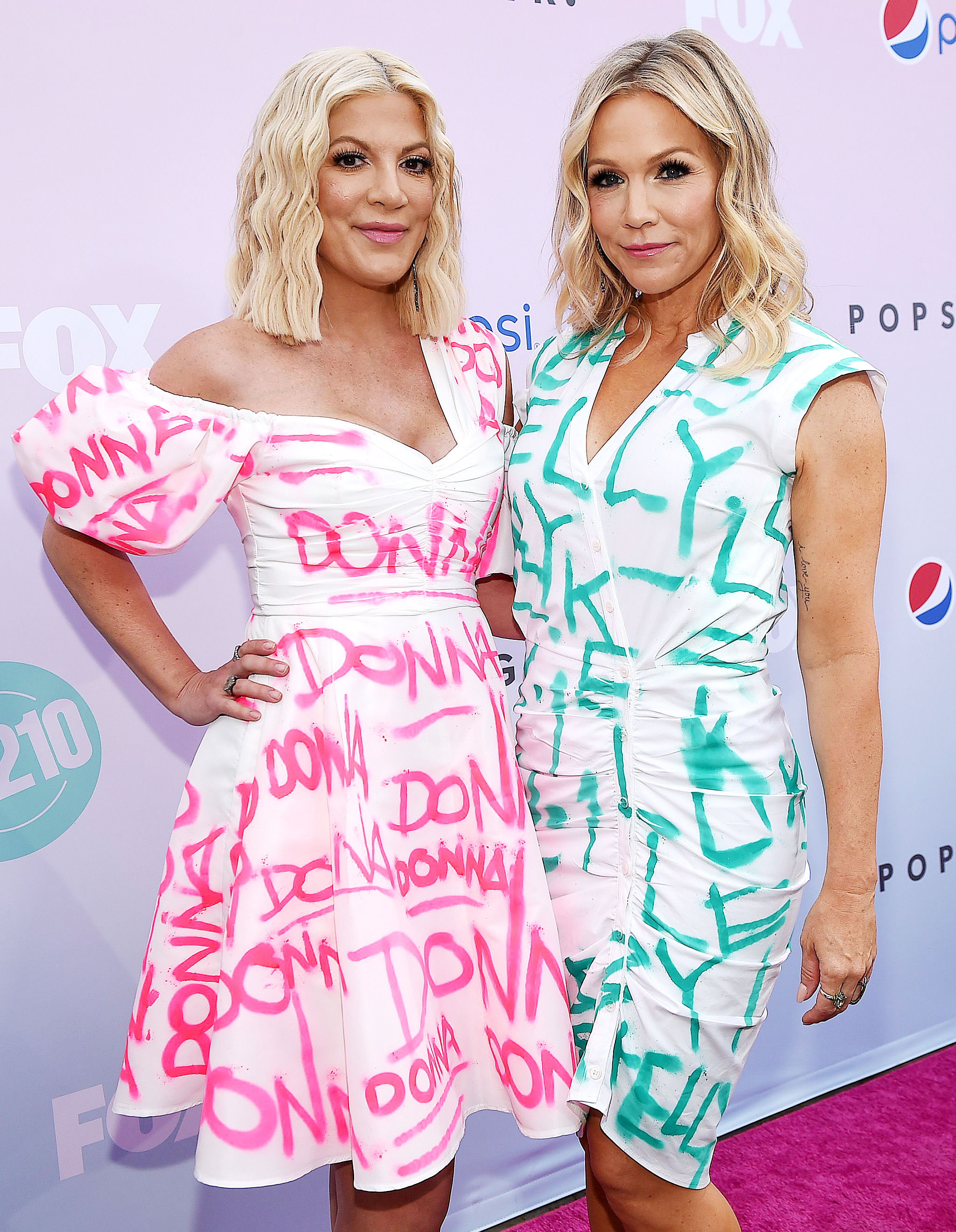 The sTORI Telling author then started laughing as she pictured her costar on the Bravo hit.

“Imagine if you had done that show?” Spelling said. “I just can’t picture — what would you do? Imagine you having to cat fight with all of those women?”

While Garth called reality TV “not my jam,” Spelling did reveal that her friend can “throw down.”

The Mother, May I Sleep with Danger? star made her reality TV debut alongside husband Dean McDermott on Oxygen’s Tori & Dean Inn Love. The series, which was later renamed Tori & Dean: Home Sweet Hollywood, ran for six seasons and concluded in 2012. Two years later, the couple returned to reality TV in LifeTime’s True Tori and documented the aftermath of McDermott’s affair.

Garth, for her part, made a cameo on Tori & Dean: Home Sweet Hollywood back in 2009. The Dancing With the Stars alum also filmed one season of her own series, Jennie Garth A Little Bit Country, which aired on CMT in 2012.

While time will tell if Spelling ever makes her Bravo debut, she is friendly with both Richards and Teddi Mellencamp, who she hired as her accountability coach in August 2018.