It can be hard for us to imagine, living as we do in a world of omnipresent recordings and performances of the symphonic war horses of Beethoven, Haydn and Mozart. But these pieces were once rarities.

Almost no one ever heard them — couldn’t hear them, in fact. In the early 1800s, long before the development of the earliest audio recording technology, large ensembles were few and far between. Hearing a full orchestra could be a once-in-a-lifetime opportunity.

How, then, did these works survive, and spread? In miniature. 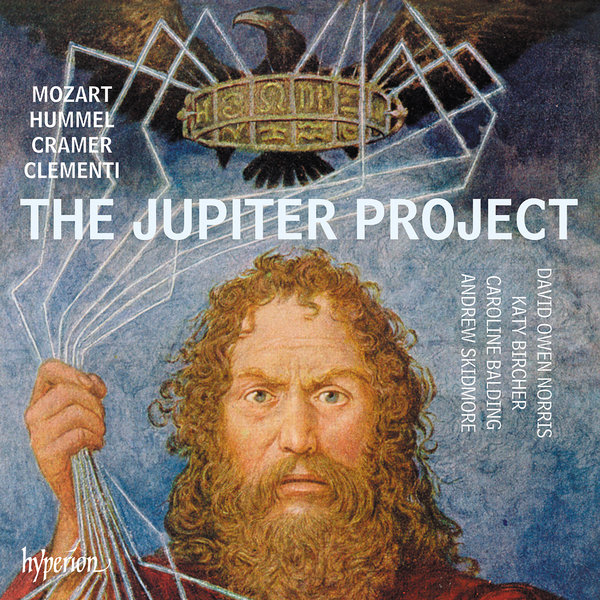 Big orchestral pieces were arranged — hundreds of them, in London alone, for an unusual quartet of piano, flute, violin and cello. These versions traveled widely, in professional performances and, likely much more often, in amateur ones at upper-class homes.

Especially in Mozart’s case, and especially in England, these quartets played an important role in securing his place in the canon after his death, at just 35, in 1791. His final symphony took on its famous sobriquet — “Jupiter” — because of the title given to Muzio Clementi’s 1823 quartet arrangement.

That Clementi “Jupiter” is included on “The Jupiter Project: Mozart in the 19th-Century Drawing Room,” a recording on Hyperion that will be released on Aug. 2:

The finale of Mozart’s ‘Jupiter’ Symphony, arranged by Muzio Clementi

And, for comparison, the version for full orchestra:

It offers an intriguing, endearing time capsule of a very different culture. Featuring the pianist David Owen Norris, the flutist Katy Bircher, the violinist Caroline Balding and the cellist Andrew Skidmore, the album allows us to hear Mozart with old ears.

Why this selection of instruments? “Partly because the flute was the most common instrument” at the time, Mr. Norris, who organized the project, said in a telephone interview. “Perhaps if they’d done it in the 18th century, they might have chosen the oboe, which was more prevalent. But the flute was in fashion.”

So that takes care of the winds. The violin and cello represented the strings.

“And the piano is very good at filling in the horn part and the brass part,” Mr. Norris said. “It can be quite brassy at this stage. It’s really a clever way of picking out the fewest number of instruments that can sound a little like the orchestra.”

The vivacious performances on the recording — the textures gentle but the details piquant and the energy palpable — conjure a period in which amateur musicians were integral in the dissemination of would-be masterpieces.

Piano concerto arrangements, like the two Johann Baptist Cramer versions represented on the album of Mozart’s No. 21 in C (K. 467), might have been reserved for virtuosos. But the overtures — here “Die Zauberflöte” and “Le Nozze di Figaro,” both arranged by Johann Nepomuk Hummel — would have been fun for less exalted players to read through. And Mr. Norris speculated on how an excellent amateur pianist like Jane Austen’s sister-in-law, Eliza Hancock, would have approached Clementi’s “Jupiter” with a group of friends.

“She would have perhaps enjoyed beginning the ‘Jupiter’ Symphony and playing the beginning as far as they could, and then they could have said, ‘Well, let’s have a look at a slow movement,’” he said. “The Minuet through, perhaps — under tempo. It would have been a way to experience the music for themselves, even if they didn’t give a great public performance.”

As the century went on and the piano kept gaining in popularity, arrangements for four-hand keyboard began to supplant the quartet formation, which withered by the 1850s. And then, with the proliferation of orchestras, the rise of radio and recordings, and the related decline of amateur music-making, the orchestral originals — and the professionals who played them — finally triumphed.

It is impressive to have access, with a click of a button on Spotify, to dozens of full versions of the “Jupiter” Symphony. But “The Jupiter Project” allows an imaginative leap to a time long before that, when the circulation of music was the job of listeners who were also performers.

Zachary Woolfe has been the classical music editor since 2015. He was previously the opera critic of the New York Observer. @zwoolfe