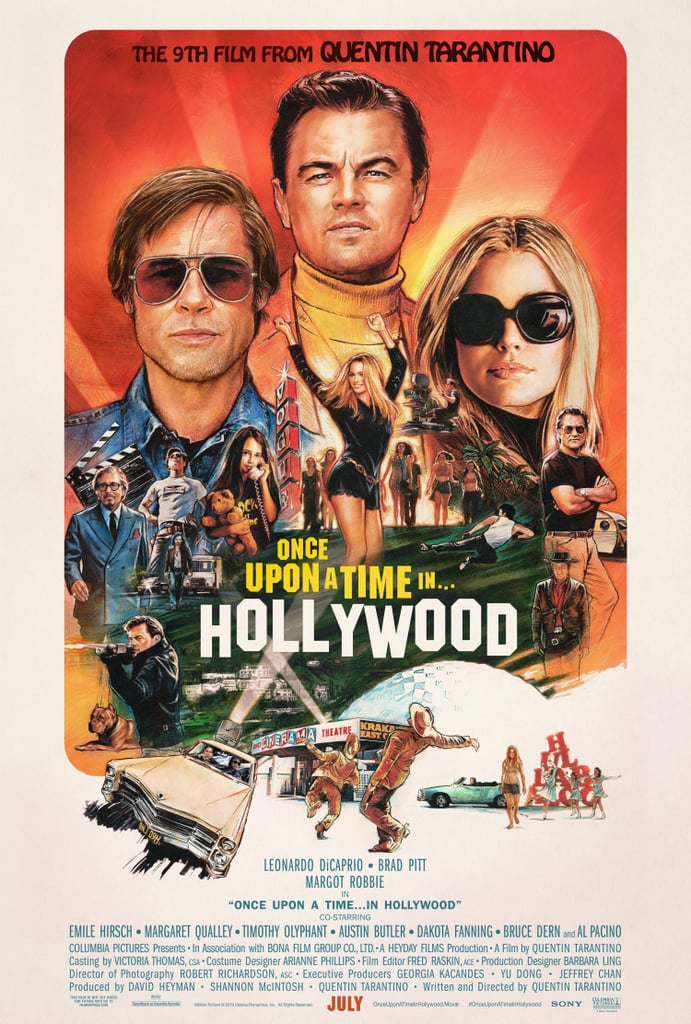 No one can ever say that Quentin Tarantino isn’t a stickler for a theme. The director’s ninth film, Once Upon a Time in Hollywood, is set in 1969, centered around Charles Manson’s cult, the shocking murder of Sharon Tate, and its aftershock in Hollywood and the film industry. And so, in keeping with the decade of the story, all the film’s posters are appropriately retro.

From artistic renderings of Leonardo DiCaprio’s struggling actor character, Rick Dalton, to an ensemble poster featuring pretty much the entire cast — DiCaprio, Brad Pitt, Margot Robbie, Al Pacino, and more — nearly every single one deserves to be framed. Ahead, check out all of the posters, and then see what you can expect from Once Upon a Time in Hollywood when it arrives in theaters on July 26.