A mother has revealed how she gave birth to a ‘ridiculous’ huge baby boy weighing a whopping 11lbs, after going ten days past her due date.

Sarah, a teacher, initially wanted a water birth in her home in Broadstone, Dorset, without pain relief, but eventually had to have a C-section, partly due to his size. 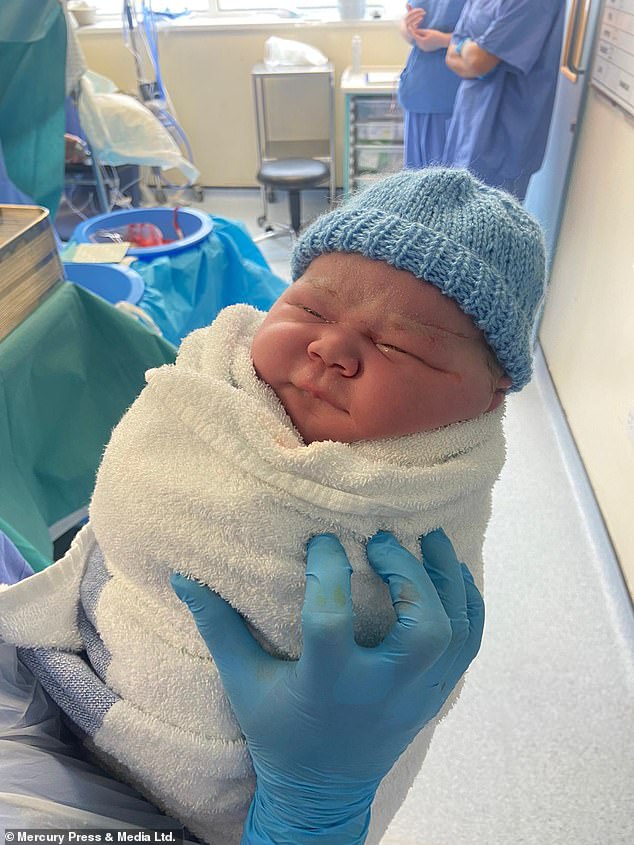 Sarah Dines gave birth to her first baby, Montague, who weighed 11lbs 8oz, making him the average size of three month old baby as a newborn 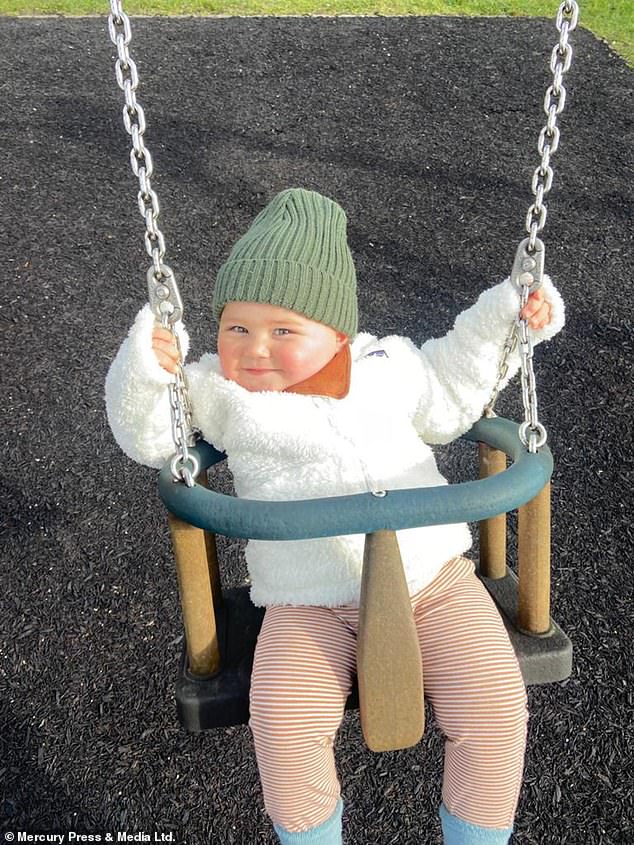 Now 11 months old, Monty only fits into clothes made for children between two and three years old

Sarah said: ‘He was so big when he was born, he looked ridiculous.

‘When the doctor’s took him out, they were all laughing and I didn’t know why at first.

‘One of them said he was ready for school, and the little towel they wrapped him just didn’t fit. 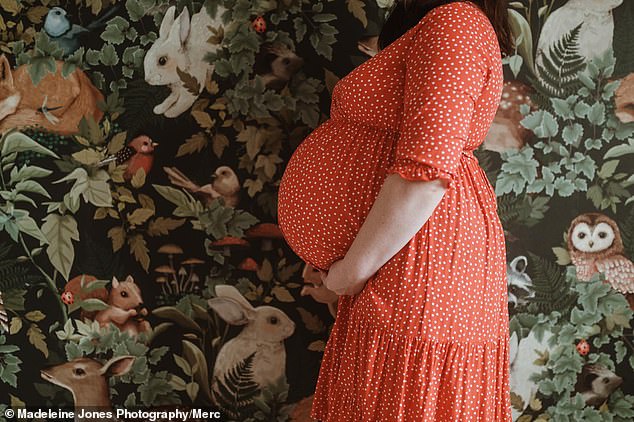 During her pregnancy, Sarah thought she had a large bump and doctors predicted Monty would weigh 8lbs 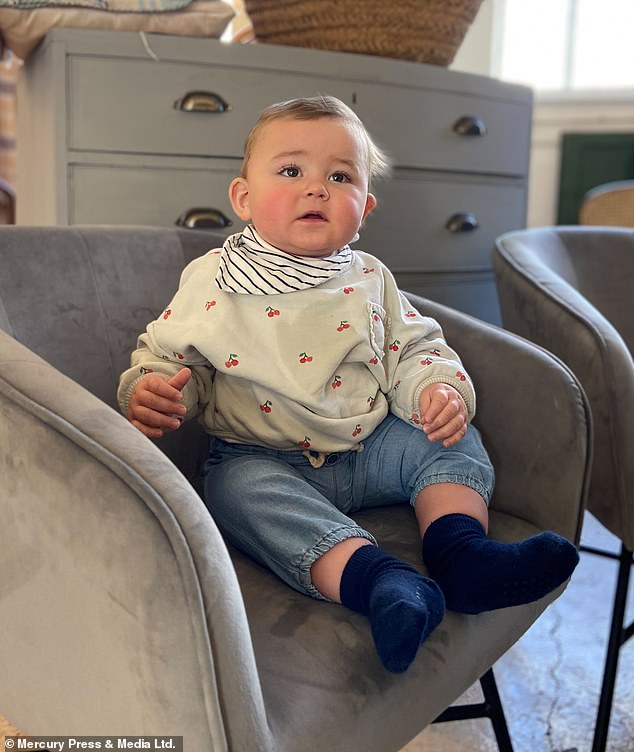 Montague, who was born by emergency section partly because of his size, has baffled doctors who can’t explain why he was such a big baby

None of the clothes Sarah brought in for Monty fit when he was first born.

She said: ‘Even the little cap they gave him at the hospital was too small.

‘My sister had to run and buy me some nappies because none of the ones we had fit him either.

‘As he’s got older he’s gone up and up in sizes, he’s always been in bigger clothes than his age.

None of Sarah’s doctors can account for why Monty was born so big.

Sarah said: ‘After he was born we were both tested for gestational diabetes loads of times, but it was never positive. 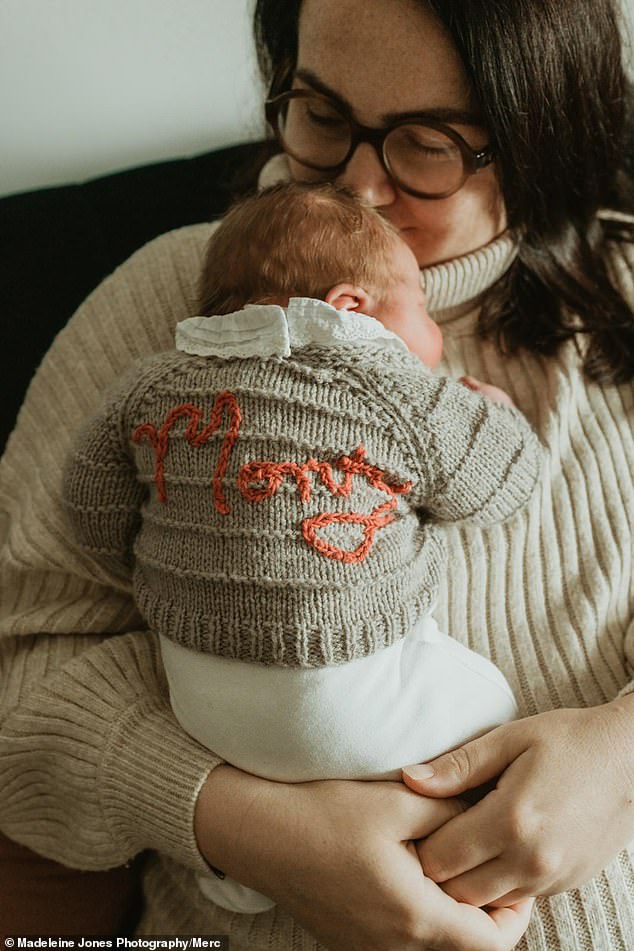 With Sarah being 5 foot nine and her partner being six foot, the couple expected that their baby would be bigger than average, but 11lbs was s shock 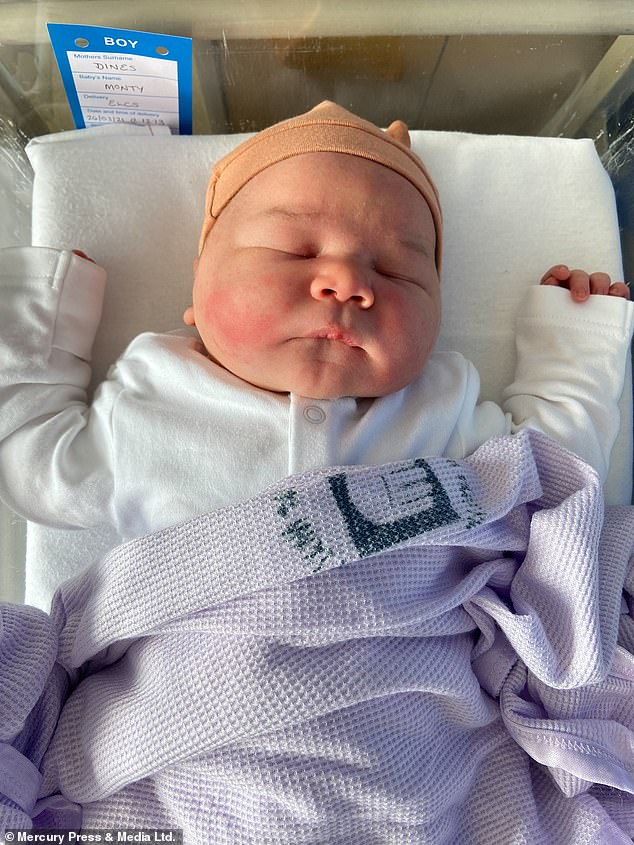 After Monty was born, he and Sarah were both tested for gestational diabetes on account of his size, but it was never positive

‘Neither of us were particularly big when we born, I think I just carry big babies.’

Sarah felt she had a large bump, but docs all predicted Monty would weigh around 8lbs.

She said: ‘All the scans were normal, so I was all set to go to have a home birth.

‘Initially, I just wanted to have a water-birth and that was going to be my own form of pain relief.

‘Monty was 10 days late, so it got to the point where the doctor was talking about a planned c-section or inducing me.’

Sarah ended up needing to go to the hospital for an emergency c-section.

While Monty’s birth weight is impressive, he’s nowhere near the record for the biggest baby born in Britain.

The heaviest baby ever born in the UK was 15lb 8oz Guy Carr, from Barrow-in-Furness, Cumbria, who was welcomed via caesarean section in 1992.

George Joseph King, who arrived on February 11 in 2013, is thought to be the biggest baby born naturally in Britain.

He weighed a staggering 15lb 7oz (more than double the average newborn weight of 7lb 8oz) when he was born at Gloucester Royal Infirmary, two weeks past his due date.

George’s mother Jade Packer, then 21, who had gas, air and a last-minute epidural, described the labour as ‘horrifically traumatic’.

In December 2017, Brodey Young became the heaviest baby born at a hospital in a decade, tipping the scales nearly 13lb.

He weighed in at 12lb 130z – nearly the same as a bowling bowl, stunning midwives and doctors on the Blueberry Ward at Diana, Princess of Wales Hospital in Grimsby – and his mother Sheralyn Wilcock, of Cleethorpes.

According to the Guinness Book of World Records, the heaviest baby ever born was the son of Canadian giantess Anna Bates (née Swan) who gave birth at her home in Seville, Ohio, on January 19, 1879.

She said: ‘My water broke in the morning, and I was in full labour that evening, but I hadn’t dilated at all.

‘The pain got so bad that I asked for gas and air, and then eventually we had to go into hospital.

‘I didn’t want to be induced, and we had spoke about a planned c-section because he was so late, we even did all the paperwork.

‘That ended up being useful because we had to go in for the emergency c-section, we’d filled in all the forms.’