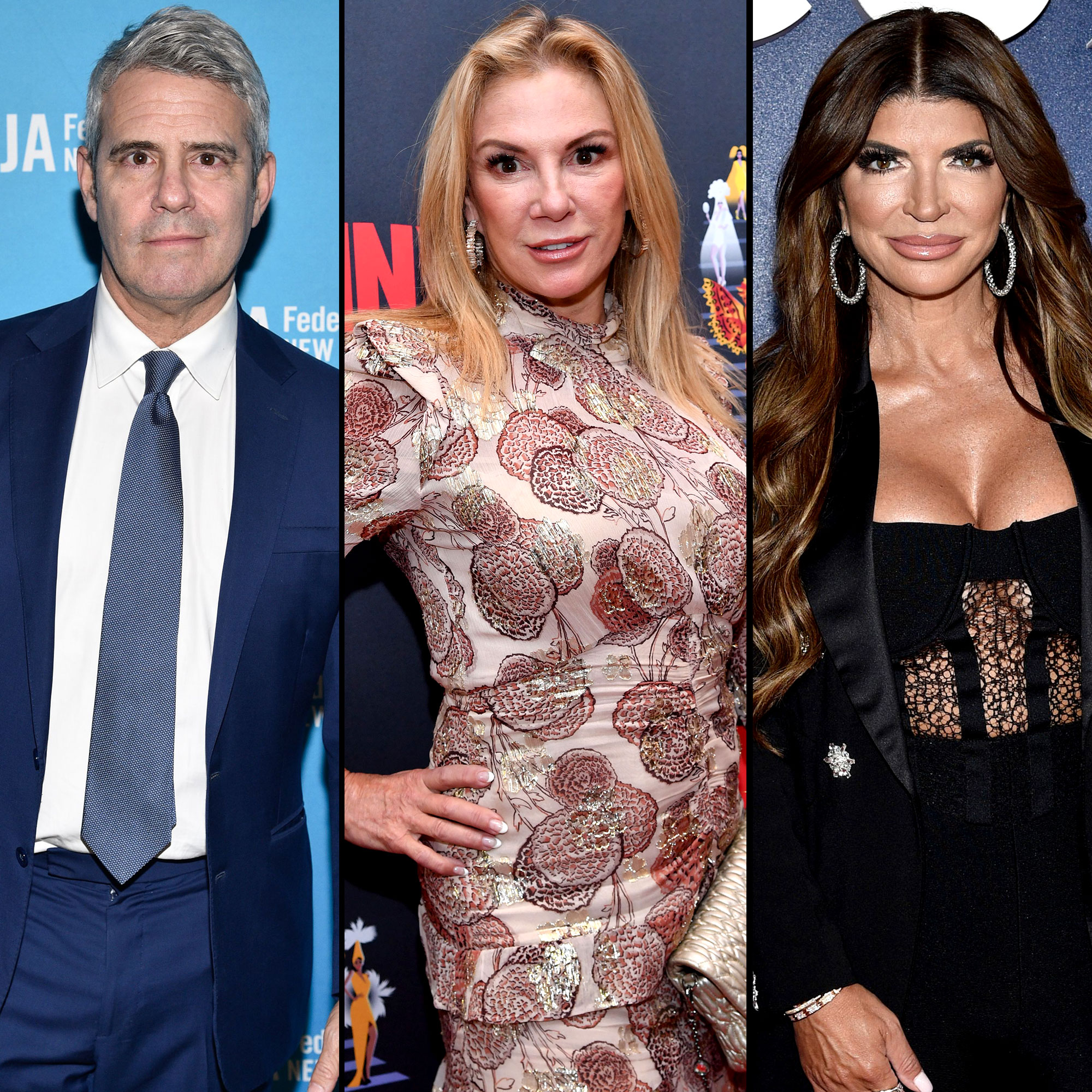 He saw what she did there! Andy Cohen couldn’t help poking fun at Ramona Singer after she revealed the location of Teresa Giudice‘s upcoming wedding to Luis Ruelas.

Teresa Giudice and Luis Ruelas’ Wedding: Everything We Know So Far

The Real Housewives of New York City star, 65, wished the Bravo exec, 54, happy birthday via Instagram on Thursday, June 2, with a photo of the duo in the Watch What Happens Live With Andy Cohen clubhouse. “Happy happy birthday @bravoandy!! 💖🎂🎉🎈,” she wrote. “Hope you’re having a fabulous day! 🎊 Love you! Xo.”

The Superficial author quipped in response: “I would be honored for you to leak the location of my next party, Ramona!” The reality star replied with the “see no evil” emoji of a monkey covering its eyes with its hands.

The Life on the Ramona Coaster author inadvertently revealed the location and date of her fellow Housewife’s nuptials in a Snapchat posted on Tuesday, May 31. The sneak peek confirmed that the Real Housewives of New Jersey star, 50, and her fiancé, 48, are set to tie the knot in early August at the Park Chateau Estate in East Brunswick, New Jersey.

Teresa Giudice and Luis Ruelas: A Timeline of Their Relationship

The Teresa Checks In alum previously told Us Weekly that she “had some words” with Singer while filming season 1 of Ultimate Girls Trip, but she also found that they had a few things in common. “She does mix up her words like I do, and sometimes she says the craziest things,” Giudice explained in May 2021. “Like, [stuff] will come to her mind right away, and that’s what I do too.”

Last month, the Bravo personality exclusively told Us that she’s inviting “a lot of Housewives” to the event. “We’ll see who comes and who can make it and who can’t make it,” she added.

Earlier this week, an insider told Us that the details revealed in Singer’s social media post are accurate — and all of Giudice’s RHONJ and Ultimate Girls Trip castmates will be getting invites. The source noted that this includes Dolores Catania, who was not invited to her costar’s engagement party.

Giudice and the entrepreneur got engaged in October 2021 after one year of dating. The Turning the Tables author was previously married to Joe Giudice for 20 years before they called it quits in 2019. The former spouses share daughters Gia, 21, Gabriella, 17, Milania, 16, and Audriana, 12.

In March, Teresa told Cohen that all four of her kids would be involved in the wedding ceremony, but noted that her sister-in-law Melissa Gorga would not be a bridesmaid.

“I did find out on TV that I’m not going to be in Teresa’s wedding and I’m not a bridesmaid, which I’m OK with. I’m fine with [it],” the Envy owner, 43, who is married to Teresa’s brother Joe Gorga, said during an episode of her “Melissa Gorga on Display” podcast that same month. “I understand. To each their own.”