Before film audiences first met Lara Jean Covey, no one knew just how important she would become. “I think (during filming) we were in a vacuum in a way,” said “To All The Boys” author Jenny Han. “We had the freedom to really play and to be in a protected space of just creating.”

“This one is different.”

“To All The Boys: Always and Forever,” premiered on Netflix Friday, the last installment of the streaming giant’s most popular romantic comedy franchises. Adapted from Han’s New York Times bestselling book series, the first film’s overnight popularity skyrocketed the budget of the next two films and made stars out of its main actors Lana Condor and Noah Centineo.

After an accidental love letter got her the man of her dreams, Lara Jean is determined to keep him. But as college decisions loom, Lara Jean must reckon with her old friend change and grapple with the fact that this time: it’s her turn to leave. She is impeccably dressed, loves baking, would do anything for her family, and in her last film “Always And Forever” is finally saying goodbye. 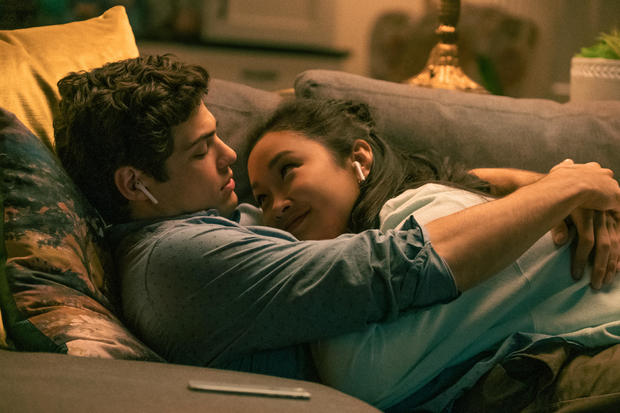 But for Han, the end of Lara Jean’s story is the culmination of the story she had always wanted to write.

It was several years before  “To All The Boys” went from an idea in Han’s head to a best selling young adult series. At the time, Han said the publishing world was hesitant about the selling power of an Asian American protagonist. She said everyone from agents to publishers let her know that people didn’t want to read about an Asian American girl.

“I wanted to write a story where [my character’s] identity as an Asian American person was not the focal point of the whole story, where everything is about struggling with her identity,” said Han. “Usually, you have to justify the point of having a person of color be the main character, and I wanted to write a girl’s coming of age and have it not be the whole point.” 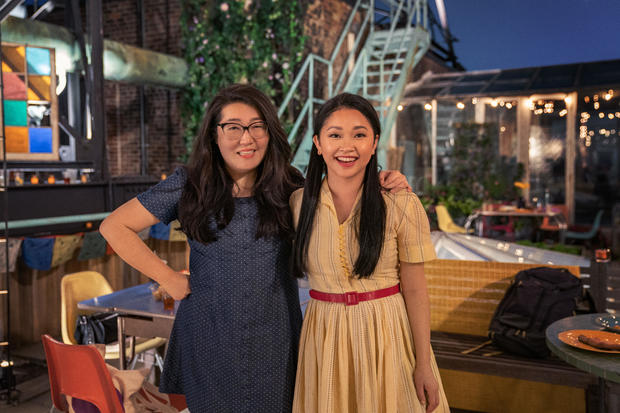 It took the success of her first series, “The Summer I Turned Pretty,” about a young (White) girl’s magical summer before people began to take “To All The Boys” seriously. “I knew people were really going to respond to [The Summer I Turned Pretty] and I hoped that after, then people will have trust in me as a storyteller to pick up a book that they might normally not pick up,” Han told me.

Fans did more than pick it up. The book spent almost 40 weeks on the New York Times bestselling list, all with an Asian American face firmly on the cover. And the movie only made it bigger, something Han felt immense pressure about.

“I felt pressure in wanting to make sure that it wasn’t a bomb because we’ve seen that happen before where something doesn’t do well and they never make another one again,” said Han. “You just feel like you don’t want to be the one that holds back the community.”

Han brought the same approach to the films, which she was heavily involved in. While she didn’t adapt the screenplay, she suggested 60’s inspired Asian streetwear that better fit Lara Jean’s character, added essential traits (like her love of baking) and fleshed out the film as an “ambassador” for die-hard book fans. For those who watch closely, you can spot the author not just in special cameos in each of the films, but also in the attention to character, something Han attributes to her personality. 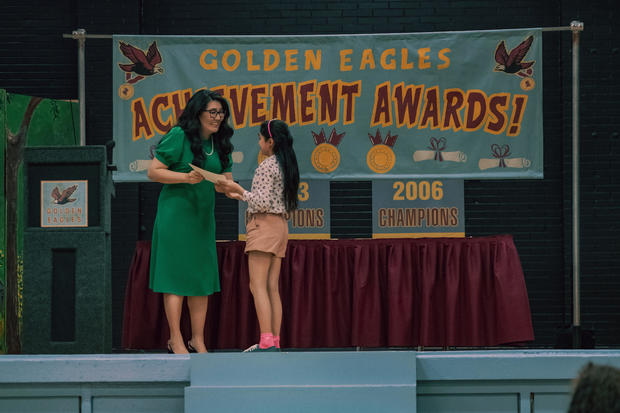 “Genuinely if I’m reading a story, I feel like I’m there. I’m them,” says Han. “Because I put myself in their shoes. Not only that, but I feel like they’re real people and so I think that quality in myself helps me write my characters.”

And in the future, she’s not worried about replicating the “lightning in a bottle success” of her hit series, something she considers futile. Instead, all Han wants is to continue telling stories that captivate both readers and herself, continuing in a career she’s built brick by brick.

“Every book I write is for me, at least in the beginning,” said Han. “It takes a long time to write a book and you put a lot of yourself into it. So I think I always am thinking about what I want to see. And I think unless you feel really excited about that book, you’re not going to be able to give the readers something that really excites them. It has to come from you first.”

Lucky for fans, she’s already excited about future projects. On Monday, Amazon announced her first series “The Summer I Turned Pretty,” would be adapted into a television series. She’s also signed on to write an episode of Shonda Rhimes’ new anthology series on Netflix.

Even with everything the future holds, Han does acknowledge the emotions that come with the premiere of “Always and Forever,” calling this closing season with the film and its actors bittersweet. But she encourages fans to take to heart everything the book and movie makes them feel.

“It was important to lean into that emotion because I think that it’s a good lesson to learn when you’re young. Your family will change many times over the course of your life, and upheaval, I think, is difficult, but it is good to know that change can be a positive thing and that you can go through that change and come out the other side different,” said Han. But for me, it’s never really goodbye. It’s just, you know, see you later.”

“To All the Boys: Always and Forever” is now streaming on Netflix.