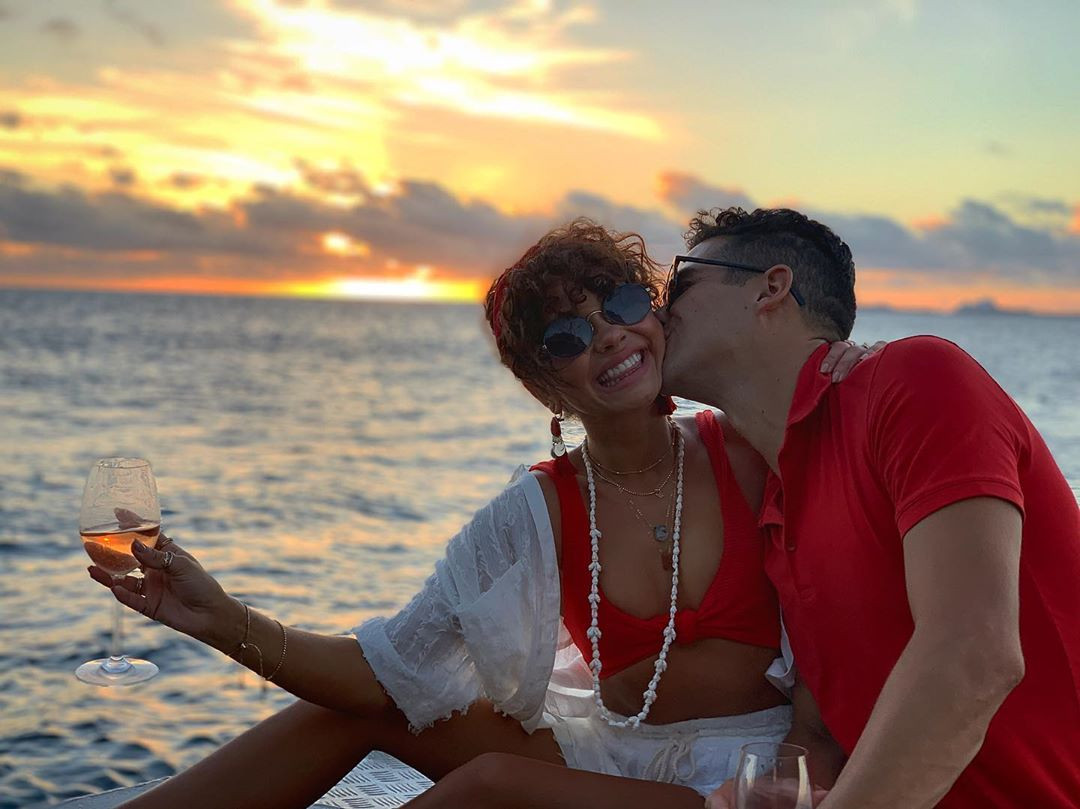 It’s safe to say that Wells Adams and Sarah Hyland are going to have a huge wedding.

Within minutes of their engagement announcement, celebrities from Bachelor Nation and Hollywood at large commented with their congratulations. So many stars flooded their comments’ section with words of support and love, it’s hard to name all of them.

Even non-Bachelor people like Lily Collins, Vanessa Hudgens and Nick and Kevin Jonas revealed that they were basically squealing with joy over the long-awaited news.

And the woman of the hour also commented on Wells’ adorable video. She joked, “When we get married will I automatically acquire your talent for making everyone cry with a homemade video?”

While Sarah’s response is easily a favorite, Ben Higgins‘ comment is by far the most relatable! “I’m sobbing. Dang I love these two. You should also. If you don’t love @Sarah_Hyland and @WellsAdams you aren’t someone I want to be friends with. Holy moly I’m jacked. Congrats! Also, @WellsAdams and @Sarah_Hyland I am your biggest fan,” he quipped.

But, it seems like the two have been engaged for some time. Bachelor producer Elan Gale said, “It has been impossible to not say anything so now that we are clear: WOOOOOOOOOO BABY YEAHH YOU DID IT BABYYYYY YEAAHHHHHHH”

They have likely been engaged since the Fourth of July, when fans first started to speculate that they were engaged after seeing a conspicuous looking ring on Sarah’s finger. But when or where he popped the question is hardly of importance. The bottom line is that everyone is clearly overjoyed by the future union!

Congratulations to Wells and Sarah!