The former “Baywatch” star, 53, stepped out in Santa Monica on Thursday wearing a white crop top with a deep, plunging neckline.

She paired the long-sleeve lace-up shirt with gray jeans and black knee-high boots and posted photos from a candle store event on her Instagram Story.

D’Errico frequently shows off her curves on social media, posing in lingerie and bikinis, though she often teams her posts with captions about insecurities or vulnerabilities.

“I can pose for photos and manage to look smoldering, but in real life I’m very self conscious,” she captioned one photo of herself in a wet T-shirt earlier this year. “I really struggle. Embrace the glorious mess that you are.”

The blonde bombshell admitted in 2017 that she underwent an array of plastic surgery, including an “arm-lift, tummy tuck, lipo and a fat transfer to my buttocks, all in one day.”

D’Errico starred in 18 episodes of “Baywatch” as Donna Marco and was famously married to Motley Crüe guitarist Nikki Sixx from 1996 to 2007.

The exes share daughter Frankie-Jean, 20. D’Errico also has a son, Rhyan, 28, from a previous relationship. 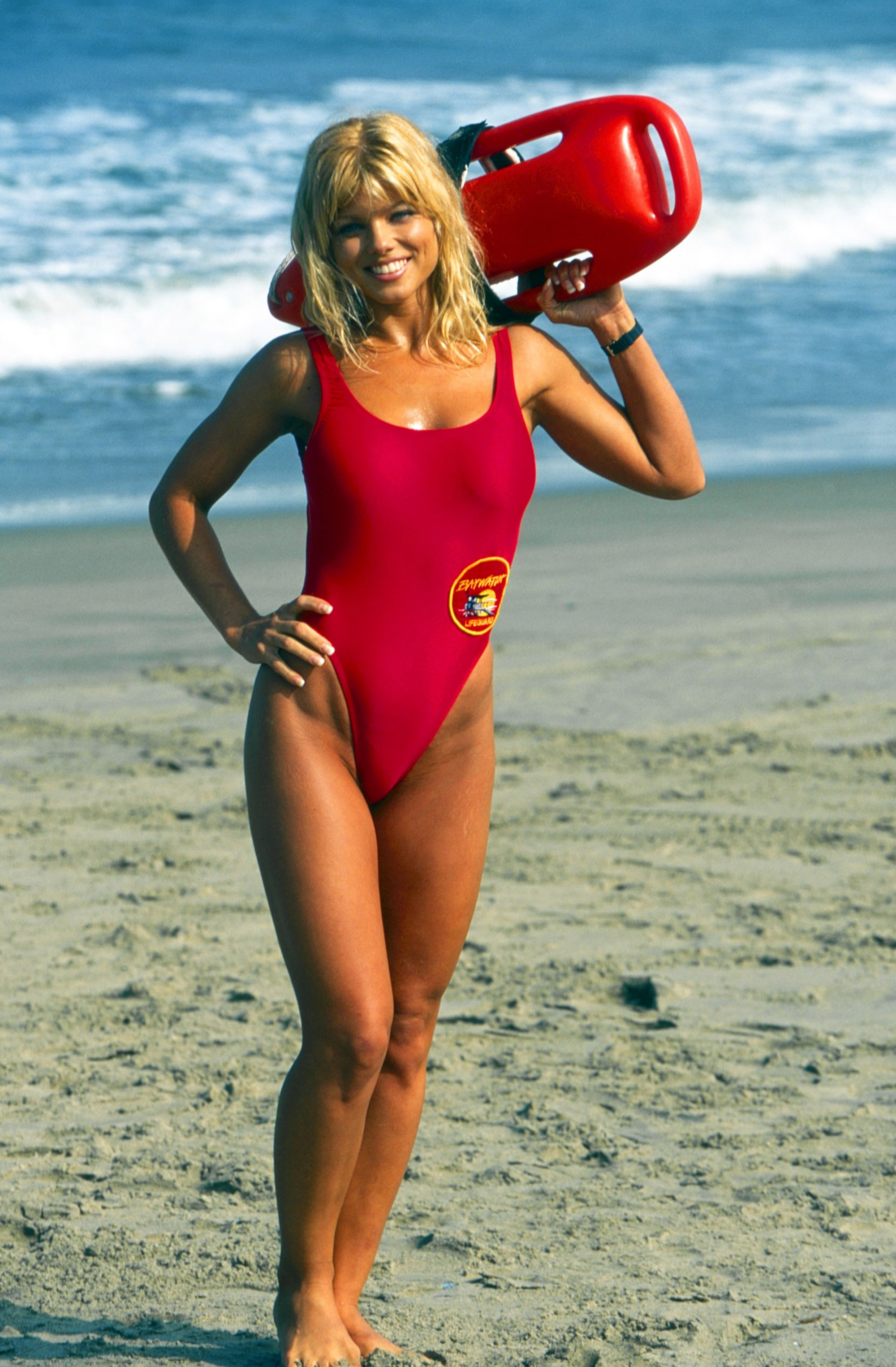 The model has continued her acting career since her time on “Baywatch,” making cameo’s in “Austin Powers in Goldmember,” “Reno 911!” and “Brooklyn Nine-Nine.” She recently wrapped filming a movie, “Frank and Penelope,” directed by Sean Patrick Flanery.

The star also revealed on Thursday that she is celebrating one year sober.

“A lot of really cool things started happening when I stopped drinking,” she wrote on Instagram. “I started making conscious decisions in every area of my life. I learned how to actually address my stressors instead of numbing them, and by doing so I realized you can’t selectively numb. If you numb the bad, you also numb the good.