Fox touched down strong Thursday primetime with its Thursday Night Football match between the Los Angeles Rams and the Seattle Seahawks, which saw the former earn a win 26-17 victory.

Per fast affiliates, the game drew in a 2.1 rating in the 18-49 demo and 8.15 million viewers easily surpassing the rest of the night’s programming. Of course, as with major live events, numbers are set to rise pending adjustment.

Coming in second was the Season 6 premiere of Young Sheldon (0.7, 6.89M), which drew in the highest numbers for non-sports programming. The sitcom had a near-identical performance on Thursday to its Season 4 finale back in May (0.7, 6.84M), and rose from that season opener back in November 2020.

Also coming in steady for its new season was United States of Al (0.5, 4.74M). The comedy, which opened up its sophomore season incorporating the crisis in Afghanistan and the fall of Kabul, was steady in demo rating from its series debut in April.

Grey’s Anatomy on ABC slipped from last week’s premiere by one tenth in demo rating and about 16% in viewers, but still topped non-sports programming in the 9 p.m. hour. The medical drama tied with the latest Law & Order: SVU (0.6, 3.88), which followed closely in viewers. As far as newbies go, the new CBS comedy Ghosts starring Rose McIver and Utkarsh Ambudkar had a modest premiere (0.5, 5.34M), performing better than some other newcomers in the past weeks.

The CW bid farewell to The Outpost, which saw its series finale pick up a 0.0 demo rating and 0.33 million viewers 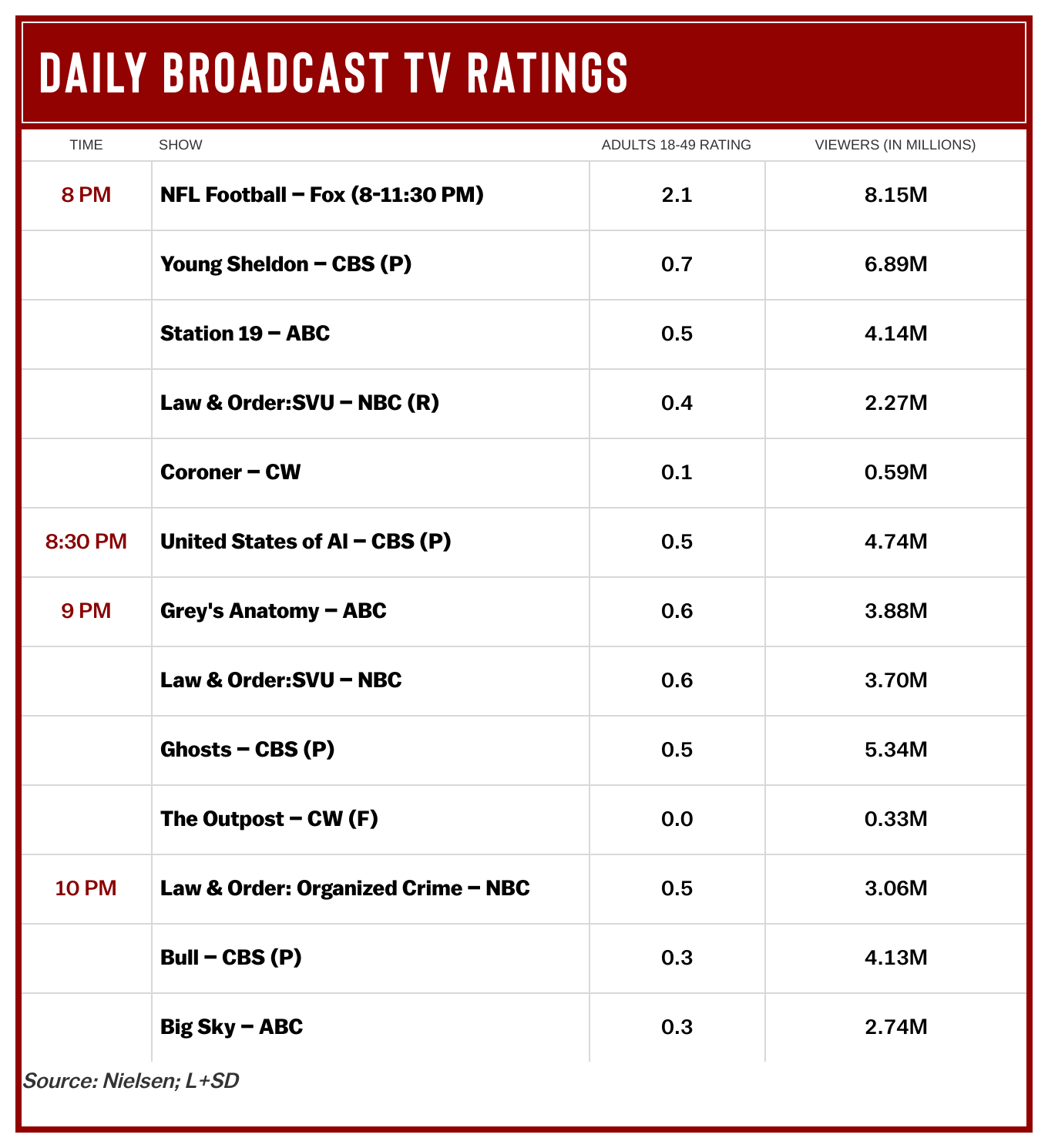