The Blackadder creator’s Make My Money Matter group is spearheading the Green Pensions Charter to push for funds to be invested in appropriate projects to put them “at the heart of the solution” to the climate crisis. Fifty firms and organisations, including retailer IKEA, Octopus Group, Brewdog, WWF and Oxfam have already signed up. Backers also include promotion-chasing League Two club Forest Green Rovers and their chairman, Ecotricity boss Dale Vince, who is a key player in the Daily Express Green Britain Needs You campaign.

Richard and the global Count Us In movement launched the charter ahead of next month’s G7 summit in Cornwall and November’s 26th UN climate change conference (COP26) in Glasgow.

Four Weddings And A Funeral and The Vicar Of Dibley, said: “The launch of the world’s first Green Pensions Charter brings together a pioneering mix of brands, organisations and even football teams, all of whom have one thing in common – a commitment to make their money matter.

“This charter supports the growing demand across society for pensions we can be proud of.

“It acts as a critical reminder to the industry that the £2.6trillion circulating in UK pension schemes must be invested in ways which build a healthy planet, as well as deliver healthy returns.

“With a UK-hosted COP26 on the horizon, we hope our charter encourages companies to follow in the footsteps of IKEA, EY and Octopus Energy to green their pensions, and show the pensions industry that their customers want them to take serious action on the climate crisis.” 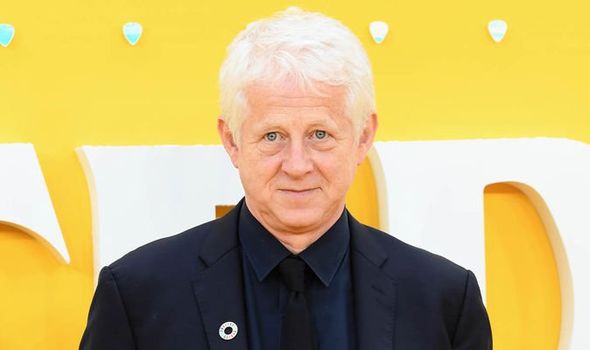 Eric Levine, at Count Us In said: “If all companies aligned their pensions with their values, billions could be directed towards clean energy, affordable housing, medical research and green infrastructure.

“They could be right at the heart of the solution of the climate crisis.”

Mr Vince said: “One of the biggest decisions we all make is where to invest our pension – so it’s very important we all repurpose the pension industry and make sure it invests our money in better outcomes that protect the future of our planet.”

The charter wants pension funds to ensure that their investments are net zero – with greenhouse gas emissions halved by 2030 and eliminated or totally offset by 2050.

Its launch came as the International Energy Agency said no new fossil fuel boilers should be sold from 2025 if the world is to keep climate change at bay.

In a blueprint for a worldwide environmental revolution, it also said there is no place for new oil, gas or coal exploration and that new petrol and diesel cars should be banned by 2035 – five years after the UK’s target.