The Saturday Night Live star, 28, will be on board Jeff Bezos’ Blue Origin NS-20 flight on March 23, the company announced on Monday, March 14. The comedian will be joined by a crew made up of “angel investor” and businessman Marty Allen, Sharon Hagle, founder of SpaceKids Global, and her husband Marc Hagle, president and CEO of Tricor International, professor and world traveler Jim Kitchen, and Dr. George Nield, the president of Commercial Space Technologies, LLC.

Blue Origin announced that every crew member “will carry a postcard to space on behalf of Blue Origin’s foundation, Club for the Future, whose Postcards to Space program gives students access to space on Blue Origin’s rockets” and seeks to inspire participation in STEM for “future generations.”

Prior to the announcement, the King of Staten Island star and girlfriend Kim Kardashian dined at the Amazon founder’s home in January, Us Weekly reported at the time.

Down on earth, things are getting “serious” between Davidson and the 41-year-old KKW Beauty founder, a source told Us in January.

“Pete’s been spending more time in L.A. to be close to Kim, and he’s looking to find a place there,” the insider told Us exclusively. “They’ve definitely gotten serious.”

In fact, the two finally went Instagram official with their relationship on Friday, March 11, with the reality star sharing several sweet images with the Big Time Adolescence actor for the first time since they were linked in October 2021.

The couple have weathered their fair share of storms, however. They’ve been entangled in drama with Kardashian’s estranged husband, Kanye West, who has frequently derided their relationship and slammed Davidson via social media and through this music — even burying a claymation version of the comedian in his initial “Eazy” music video, which the pair did not take lightly.

The SKIMS founder, for her part, “found [the video] really disturbing and is fearful of what could come of it,” an insider told Us earlier this month. “She wants to protect Pete just as much as Pete wants to protect her.” 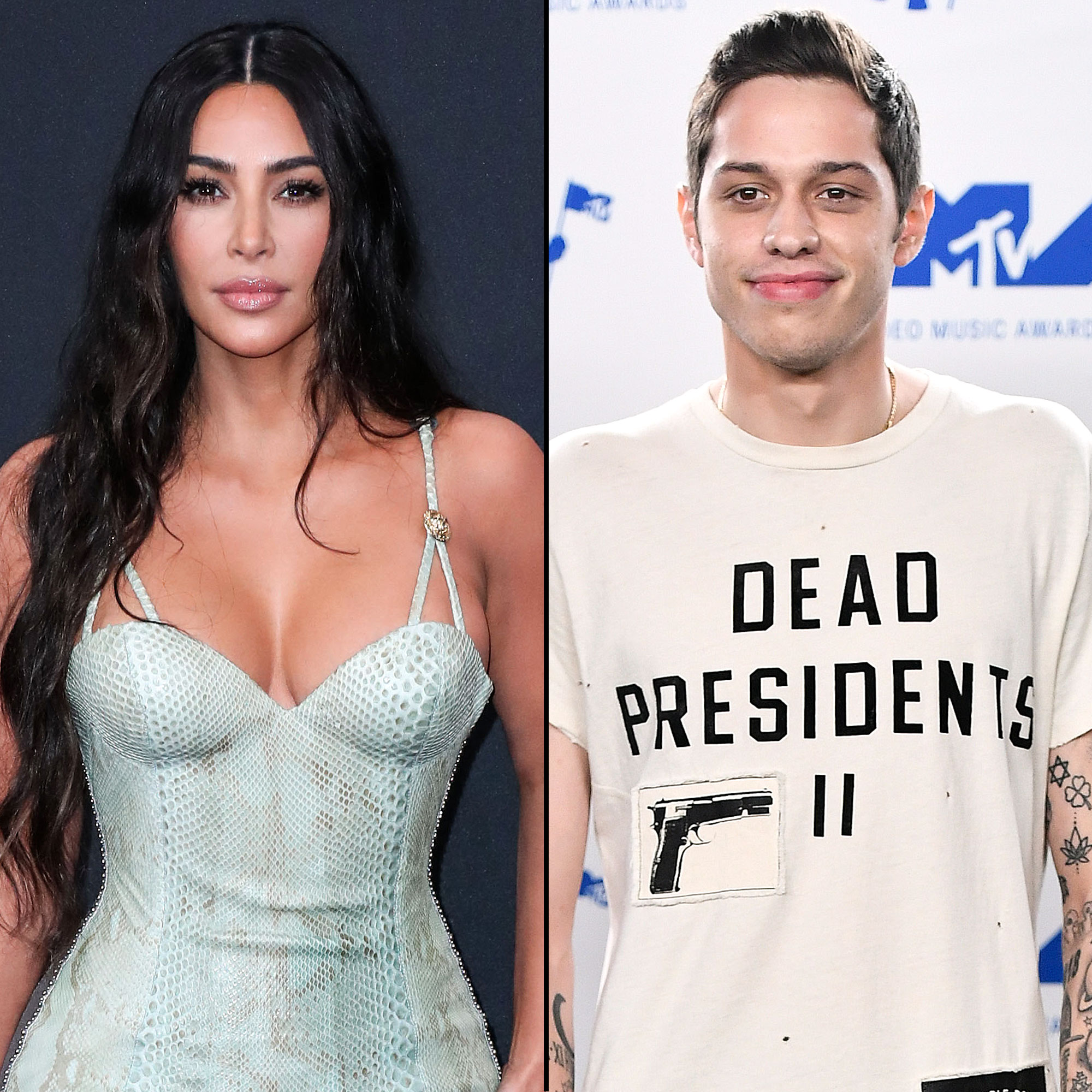 The New York native and the “Come to Life” rapper, 44, allegedly got into it in a series of texts shared by Davidson’s friend and SNL writer Dave Sirius via Instagram on Sunday, March 13.

“Kim is literally the best mother I’ve ever met. What she does for those kids is amazing and you are so f—king lucky that she’s your kids mom,” Davidson allegedly wrote. “I’ve decided I’m not gonna let you treat us this way anymore and I’m done being quiet. Grow the f—k up.”

When West asked where he was “right now,” the actor allegedly responded, “In bed with your wife,” sending the Yeezys creator a selfie in bed.

“Happy to see you’re out the hospital and rehab,” the “Gold Digger” artist allegedly replied.

“Same here,” the comedian wrote back. “It’s wonders what those places do when you go get help. You should try it.”

Davidson also told West that he’s not “scared” of him. “Your actions are so p—y and embarrassing,” the SNL star allegedly shared. “It’s so sad to see you ruin your legacy on the daily.”

West shared his thoughts about the alleged text exchange via Instagram in a since-deleted video.

While the two discussed meeting up to hash things out in person, West only wanted to meet at his Sunday Service, which Davidson turned down. “I’m not here for pictures and press. Which is obviously all you care about,” the actor allegedly replied, adding that his own “offer” — of meeting in private in L.A. — “still stands.”