THE Co-op Bank mobile and app services are down for hundreds of customers.

Users have reported issues with accessing their accounts in several locations across the country this morning. 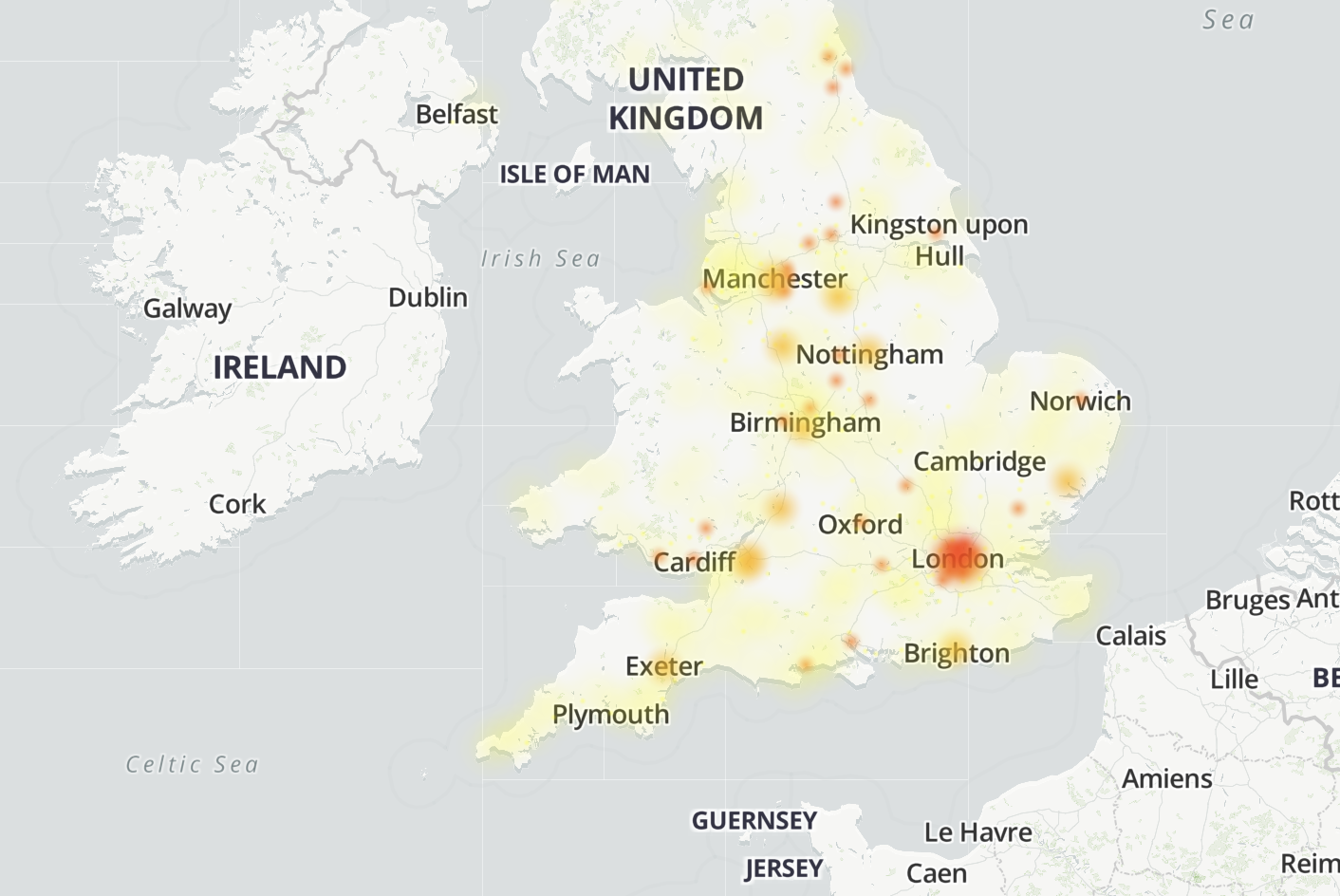 Over 100 cases have been reported on Down Detector.

The majority of users are reporting issues with Co-op mobile banking, as over 70% of the declared problems are to do with the service above other issues with mobile login and online banking.

Many are experiencing the issues in London, but others have run into trouble in Cardiff and Manchester too, as well as many other outages reported across the country.

Issues appear to have started at around 8.30 this morning and are currently ongoing.

Customers can't log into their accounts via the app and are finding difficulty with some website services too.

At 10.20am the bank mentioned on Twitter that it had "been made aware of an issue with the app" and was "currently looking into this."

Frustrated customers, meanwhile, have taken to Twitter to complain about the outages.

Another said: "App is down and can’t log onto the website as the security code section isn’t working."

The Co-op has responded to these tweets, apologising for the disruptions and outages.

The bank said to one user: "We don't have a timescale, but our IT team are working hard to restore services as soon as possible."

The Co-op bank has over 613,000 current account holders in the UK according to Statista.

But just as the earlier Twitter user declared, it's not the first time the bank has experienced the issues.

Down Detector last reported issues on September 6, and before that the banking app saw problems reported on August 20 and July 30, this year.

We also reported how another Co-op banking outage locked customers out of their accounts last year.

That was just before the bank announced plans to cut 350 jobs and close 18 branches too.

But customers with other banking providers have encountered issues too, as it was only yesterday that a HSBC app failure left customers unable to access online accounts or pay bills.

Plus TSB's internet banking and app went down only days ago on September 15, affecting hundreds of customers.

How to claim compensation for major app, bank account and card issues

Banks don't have to pay out compensation to customers if there has been a drop in service, unlike how telecoms companies have to.

But if you have incurred costs as a result of service issues, you could be likely to get your money back.

For example, if a bill payment didn’t go through as a result of an outage and you’ve been charged a fee for missing it, you should be able to claim that money back.