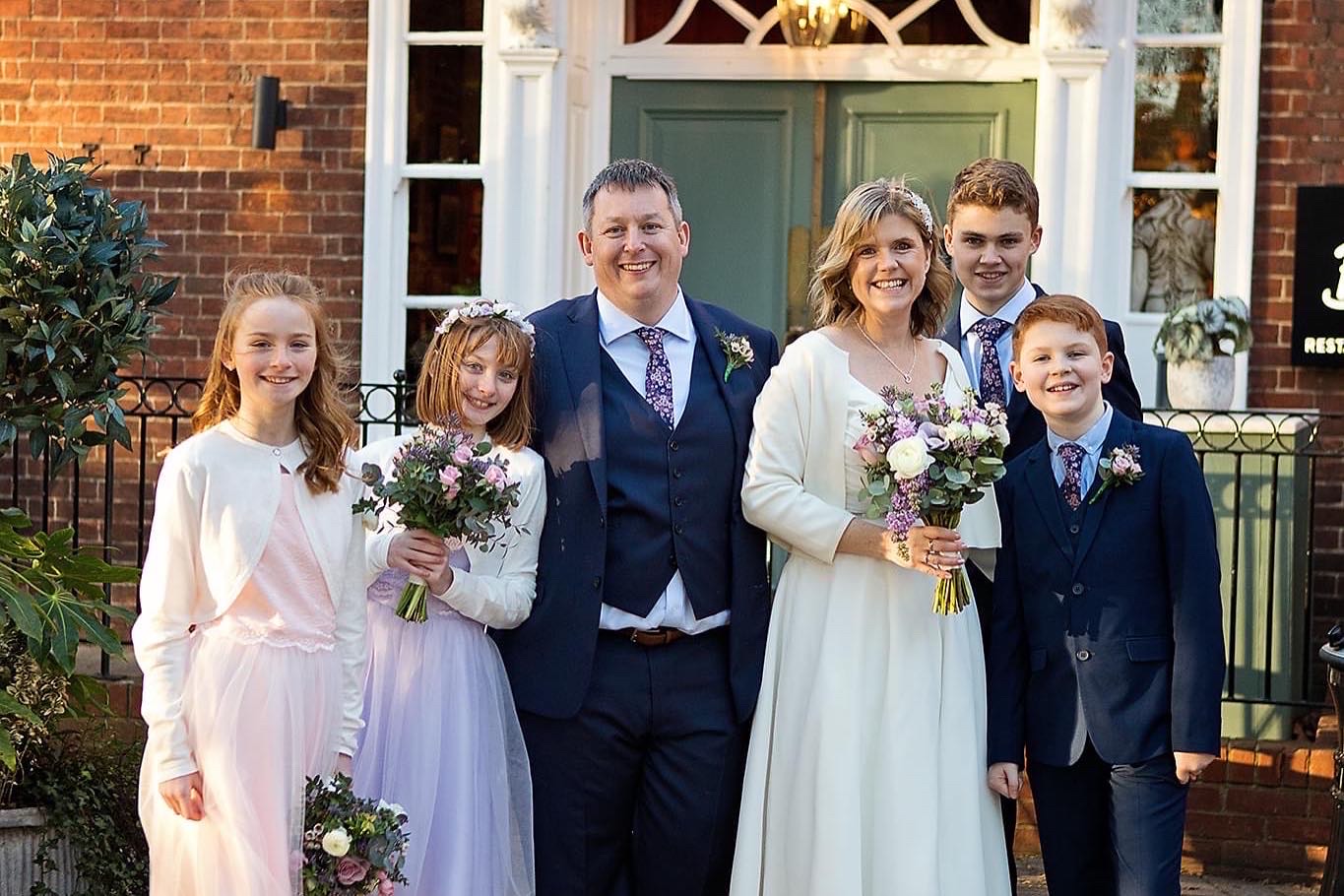 I had the perfect life.

A nice home, a great marriage, a good job and beautiful twin daughters. I was sorted, set for life – or so I thought.

It’s not something I ever imagined would have been taken away from me. But it was when my wife of almost 16 years passed away from a brain tumour.

I certainly didn’t think I could possibly fall in love again afterwards.

It’s probably the way Kelsey Parker, widow of The Wanted’s late Tom Parker felt, too – after he died of an inoperable brain tumour eight months ago, aged 33. But, like me, she proved herself wrong.

This week, it was reported that Kelsey has apparently fallen in love again – like me – eight months after her late husband’s death.

Tom’s two young children survive him, aged two and three, and Kelsey’s new partner (believed to be a divorcee) allegedly has two children of his own, too.

All I can say is: unless you’ve been in our shoes, and been through the same turmoil that we have, you have no place to judge.

My wife Alex, then 40, died in January 2019 after five years of battling a brain tumour. Our girls were only three when diagnosed, and eight when she died.

Alex and I were in similar school years growing up but didn’t get together until February 1997. We had the same friends, went to the same parties and even worked in M&S together.

By November, we were engaged – and bought our own home in 2000, before marrying three years later.

But after she was diagnosed with a tangerine-sized brain tumour in February 2014, I learned what it was like to grieve for her. To slowly lose her, the person she was and the woman, wife and mother I knew so well.

I didn’t wake up one day and she was gone, as if she’d been in a car accident, I gradually lost her for years, while she went through chemotherapy, multiple surgeries and treatment.

When she did pass away, I was distraught.

Four months after her death, I met Anna.

We met at a Widowed and Young meeting for widowed people under 50 in April 2019, and hit it off straight away.

Her husband Steve, then 48, had died in March 2018, two years after he was diagnosed with skin cancer. She was a mother of two boys, then seven and ten. Anna became my wife this year, and step-mum to my girls – just like I’ve become a step-dad to her amazing boys.

For all our trauma, I honestly couldn’t be happier with the life we’ve made after our losses. If I could have planned my life after losing Alex, this would have been it.

I know some people will say it’s ‘too soon’ or ‘too fast’ for us both – but they have no right to comment.

You have no place to give your opinion on Anna and I, or even Kelsey, as you simply don’t understand what it feels like to be us – you never will, unless you’ve lived through it.

You can’t control the heart – and never will be able to. Anyway, Kelsey is only 32 – why should she stay single, raising her kids forever as a solo parent? And what about when they grow up? Is she to be alone forever?

I certainly wasn’t expecting to find love, or looking for it after I lost Alex. I was obviously devastated, but I’d already grieved. I had to move forward, not on, with mine and my girl’s best interests at heart.

And that was through Anna.

As soon as I laid eyes on her, I thought she was attractive, funny, lively, caring and confident.

Initially we talked as friends over social media, tentatively – with our histories, and our kids, at the forefront of our minds, but soon fell in love and made it official.

Anna was initially concerned at me ‘moving on too quickly’ after Alex’s death, but I saw it as moving forward.

Steve had told Anna to not be alone after his death, and I know Alex would have wanted the same – now, I’m sure she couldn’t be more proud of me and our girls, with the life we’ve made for ourselves.

We had our first ‘blended’ family outing in May 2019, and we all moved in together in Anna’s home the following March because of Covid ‘lockdowns’. Covid changed many people’s lives – for us it was move in, or split up, due to ‘bubbles’. In November 2020, I proposed, and Anna and I married this February.

My family and Alex’s parents have been incredible, and so supportive. They wanted me to be happy, to be loved and for my kids to grow up with two parents. If anything, my former in-laws have gained two extra grandchildren, and another daughter-in-law.

I wish people would know that, by remarrying, it doesn’t mean we’ve forgotten, or don’t still love, our previous spouses. I miss Alex, just like I know my girls do – but we’re so happy as a blended family, and I know she would have wanted me to be.

I’m sure it’s the same with Kelsey, too – her husband of three years would’ve wanted her to be happy, not lonely.

We constantly encourage our children to talk about their late parents all the time. To love all four of them. It’s why we have pictures of all three of our families around our home.

In a way, by remarrying, we have both become new role models to each other’s kids – the much-needed father and mother figures in their lives.

Anna now goes shopping with my girls, and I take her boys out to football matches. It was harder for them at first to understand life without their dad, as they were older than my girls, but I made it very clear I wasn’t going to be their ‘new dad’. That I would never be Steve, just like Anna would never be Alex.

It took time to gain their respect, their trust and confidence, but now, I teach Anna and Steve’s boys – my boys – practical ‘fatherly’ things like how to shave. I bond with them over cars, and computer games. We cherish this precious quality time together, as a family.

In my eyes, my family is complete.

If Kelsey has fallen in love again, then good for her. I just hope she doesn’t let the narrow minds of judgemental people lead her to believe that she’s not deserving of it, or worthy, just because she’s a widow.

There’s no such thing as moving on ‘too fast’ after loss – above all, society is judgemental and it is harsh. Besides, we all grieve in different ways, and you can’t control matters of the heart. I know that for certain now more than ever.

Kelsey deserves to find love again. To put herself first, and to find that someone special again. Just like Anna did, and just like I did.

Our former spouses would have wanted us to be happy and to be loved. We knew them better than anyone, after all.

As told to Emmie Harrison-West