Mike Tindall was able to expertly swerve speaking too much about the royal family and his close friend Prince William during last night’s I’m A Celebrity, while also signalling to the others to ‘back off’ from the topic of conversation.

Ever since Mike was announced as a contestant in the jungle, fans have wondered how much he would divulge about his royal family ties, given he’s married to Zara Tindall, the daughter of Princess Anne and niece of King Charles III.

While the former rugby union player has spoken about when he and Zara first met, as well as opening up about her frantic home birth, he’s avoided talking at length about the inner workings of the Firm that he married into in 2011.

Last night, he managed to stay tight-lipped when the conversation turned to his famous relatives, while body language expert Judi James told Metro.co.uk how his ‘smart’ body language signals show how he’s able to switch into ‘discretion mode’.

While lounging in camp, Lioness Jill Scott asked Mike and singer Boy George how old the King is, asking if he was ‘70-something’, guessing close to the monarch’s age of 74.

She then asked if the throne will ‘go to William next’, before expressing her hope that the Prince of Wales is tuning in to watch the ITV programme. 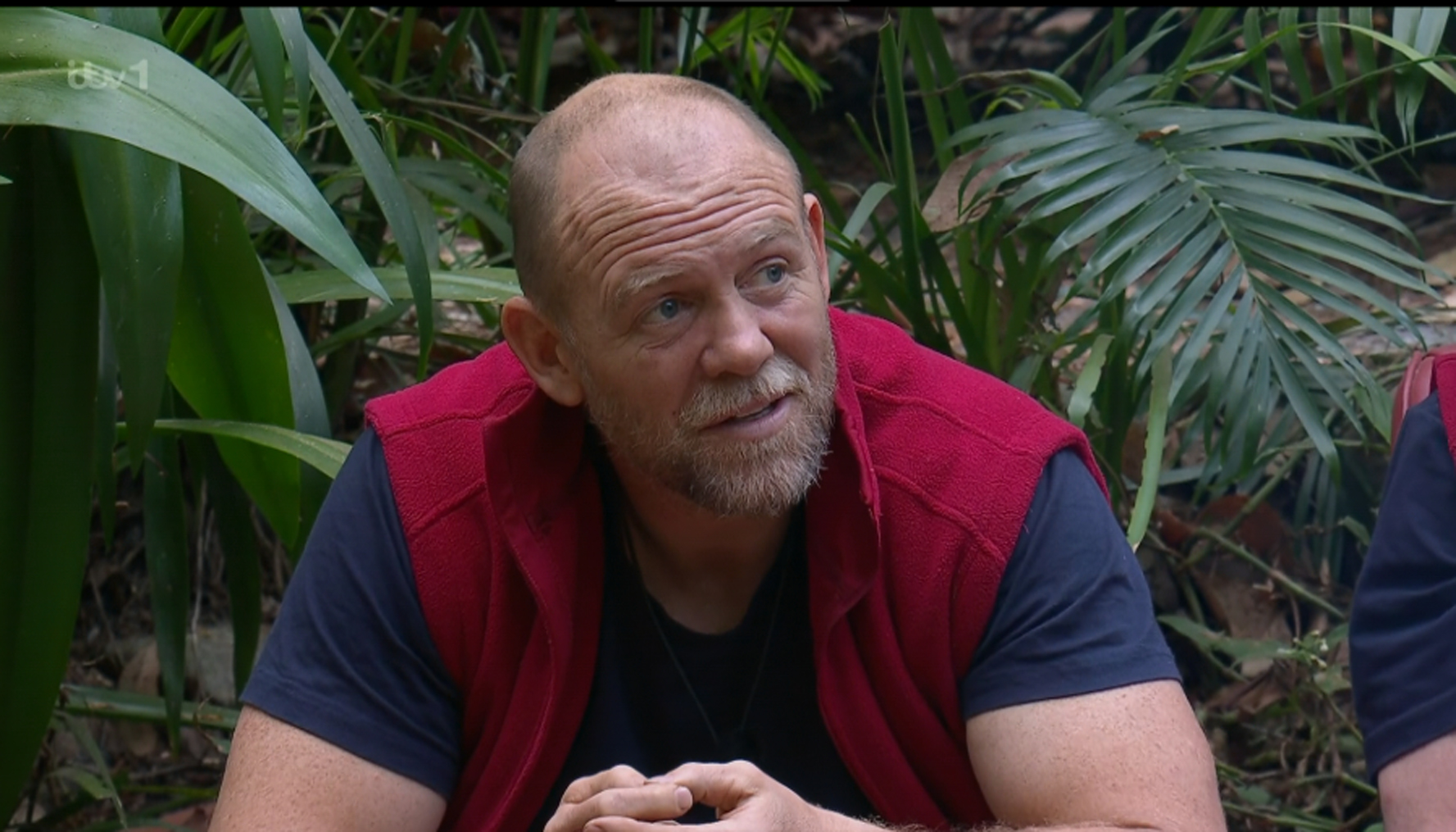 Mike didn’t reply, but smiled faintly, as Boy George remarked that in his opinion, Prince William is definitely watching.

Judi explained that while Mike might appear as though he’s a ‘spontaneous, risk-taking kind of guy’, she doesn’t believe there are any worries at the Palace or Princess Anne’s Gatcombe Park estate over his appearance on the show.

‘His body language signals in the jungle suggest he is super-smart when it comes to switching to discretion mode,’ she said.

The body language expert speculated that Mike’s anecdotes have sounded ‘more scripted than off-the-cuff’, with the former athlete presumably having brought along a ‘pre-packed tidbit that ensured no one would accuse him of being tight-lipped during this TV appearance’.

When it came to Mike’s interaction with Boy George and Jill when the conversation veered towards talking about Prince William, Judi said that Mike was ‘very smart about tuning out when necessary but without looking precious or secretive’.

‘Lying on his back he produces some very low response signals when Jill starts to ask about Charles’s age, making it look as though she’s just chatting to the group rather than quizzing Mike personally,’ she outlined.

‘When William is mentioned we get a rounding of the cheeks to suggest affection but still no “bite” from Mike in terms of adding to the conversation after his small noise of agreement over Charles’s age. These are great passive responses to warn the rest of the group to back off but without looking or sounding reproving.’

Judi said that when George ‘pushed’ Mike for a reaction by claiming that Prince William wasn’t watching for him, Mike responded with ‘an open mouth of mock shock but still no active signals of communication to do anything but gently close down the subject’.

‘It ends with laughter but we can still see the others testing Mike’s parameters and being politely shown when to back off,’ she added.

Last night, Boy George became the latest star to be eliminated from the jungle, following on from Charlene White, Scarlette Douglas and Sue Cleaver.

That means there are now seven campmates left in the running to claim the title of King or Queen of the Jungle – Babatúndé Aléshé, Chris Moyles, Jill, Matt Hancock, Mike, Owen Warner and Seann Walsh.

I’m A Celebrity returns tonight at 9pm on ITV.