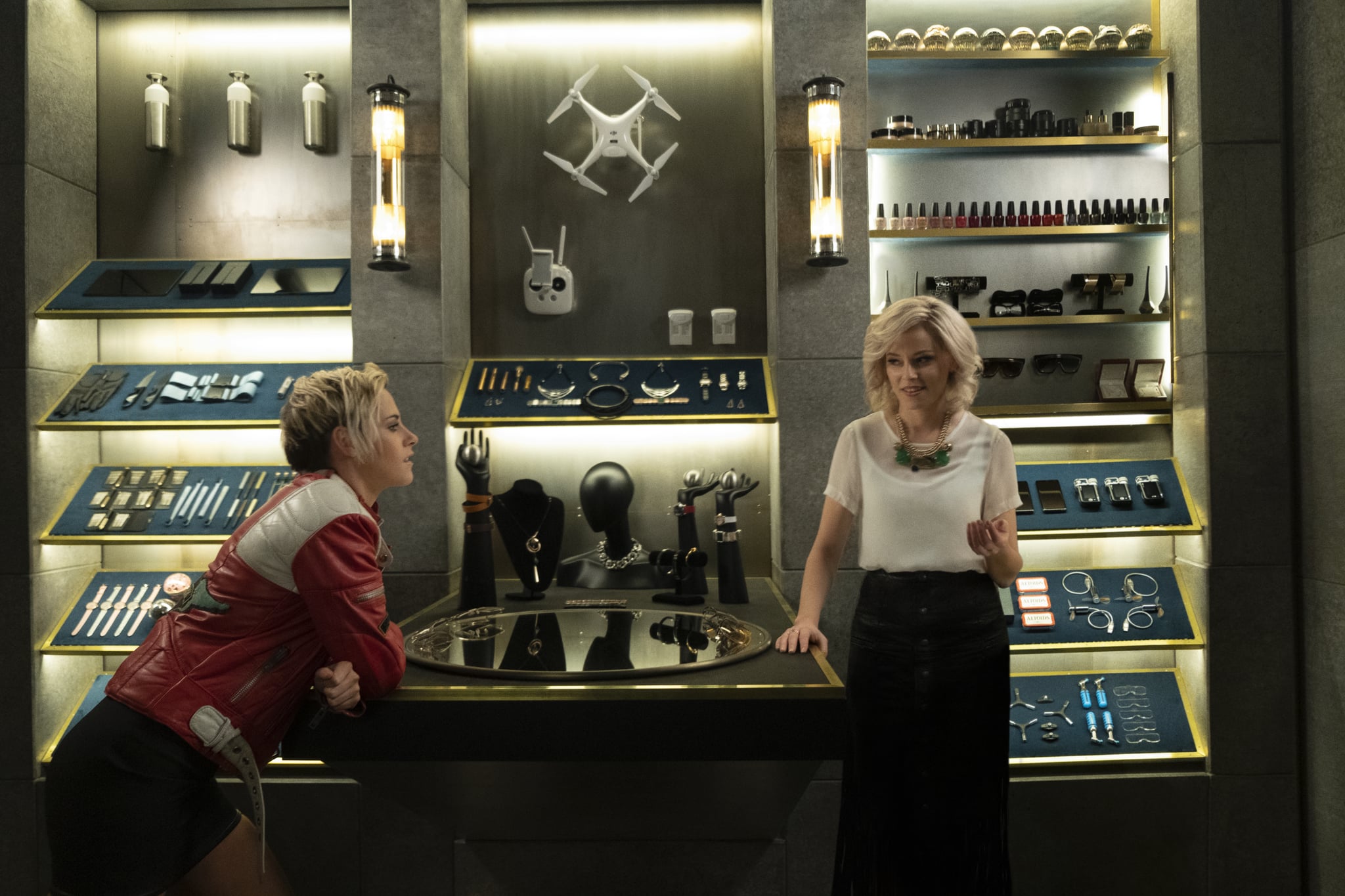 With a history that dates back to the ’70s, the Charlie’s Angels franchise is well-known for a lot of things, but it’s especially known for centering on a trio of gorgeous women who aren’t afraid to use every trick in their arsenal to take down their mark, including their own sex appeal. During the 1976 TV series, it was known as “Jiggle TV” and while the film series led by Drew Barrymore, Lucy Liu, and Cameron Diaz was a more comedic take, it was no less sexual than the show. When POPSUGAR visited the Berlin set of the new Charlie’s Angels film, we learned that the 2019 take on the Townsend Agency is straying from the overtly sexual tone of its predecessors and bringing the franchise into the 21st century in a big way.

“The women are very comfortable with themselves, with their bodies, and they’re comfortable in their clothes,” director/writer/producer Elizabeth Banks told us while recalling someone telling her that the film “is really sexy, but it’s not sexual,” a sentiment that she’s content with.

“My main conversation about costuming was that I want the women to feel really comfortable and confident when they come to set. But they also had to move, so you’re going to see a lot of [limbs], but it’s all out of necessity, not because it’s sexual . . . The women have to be able to use their bodies because they’re kicking butt, and that’s the way we approached costuming. We didn’t approach it wondering what is going to make people look at them.”

Notably, the film’s first trailer gives a sneak peek at how much butt-kicking the Angels are doing, and it totally makes sense that they’d need as much freedom in their clothing as possible. There are a lot of high kicks and flips going on!

However, the film doesn’t present the Angels as sexless droids — the trailer itself begins with a scene in which Kristen Stewart’s Sabina Wilson is undercover, working to seduce a man we learn is stealing humanitarian aid funds (played by Crazy Rich Asians‘ Chris Pang). At one point later in the trailer, she smacks her own backside with a riding crop. It’s moreso that the film won’t be full of the gratuitously sexual scenes for the sake of presenting women as sexual objects, such as the Drew Barrymore car scene in Charlie’s Angels or the Treasure Chest scene in Full Throttle.