Excruciatingly thin grizzly bears in Canada are fresh evidence of the dire consequences of climate change and vanishing food sources for wildlife.

The animal toll of catastrophic changes in the environment has been chronicled by Canadian photographer Rolf Hicker, who posted photos last month of a painfully thin grizzly sow and her two cubs near the shores of Canada’s Knight Inlet in British Columbia.

Salmon, a key food source for grizzlies, is at an all-time low, affected by climate change. Fisherman say the salmon population is the smallest they’ve seen in 50 years, according to CNN. 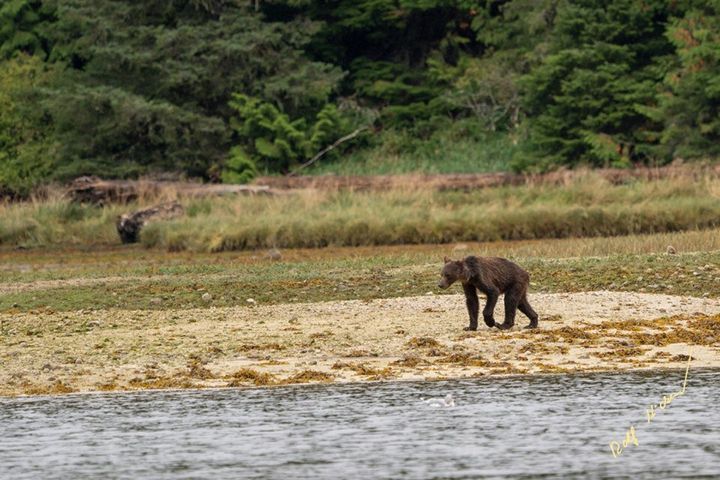 “The bears are starving and it breaks my heart seeing this unfold,” Hicker wrote on Facebook. “We saw this sow with her two little ones a couple of weeks ago and then we saw her again only a few days ago. I have no idea how she would make it through the winter without salmon.”

Canada’s Mamalilikulla First Nation has been monitoring bears in the area for years. But their condition has drastically changed in the last few months, Jake Smith, the guardian watch manager for the Mamaliliklua, told CNN.

“The bears are in trouble,” Smith said.

Smith said when he first saw Hicker’s images he wanted to help the bears.

Smith arranged for 500 donated salmon to be distributed along the shore where grizzlies hunt, and the bears started eating immediately. “We were about 30 feet away from them,” Smith told CNN. “A little grizzly looked up at us and the mother bear came out to get the fish.”

Canada’s climate is warming twice as fast as the global average, devastating the salmon population, according to a report by Fisheries and Oceans Canada. Last month, a heat wave in Alaska killed large numbers of salmon.

It’s critical for grizzlies to fatten up now, before winter. The bears hibernate for up to seven months each year. During their sleep they live off the fat built up during the summer and fall.