The altar has since been burned, on the order of the Archdiocese of New Orleans.

This week, Travis Clark entered a guilty plea to a felony count of obscenity as part of an agreement with prosecutors and was given a suspended three-year sentence and three years supervised probation, as well as a $1,000 fine.

According to Fox 8, Clark’s attorney said the disgraced holy man already paid $8,000 in restitution to the Archdiocese of New Orleans, after the alter in question was burned and replaced at the demand of Archbishop Gregory Aymond.

“I believe my client is far less likely to find himself in a similar situation ever again,” Clark’s attorney, Michael Kennedy, said. “Wherever life takes Mr. Clark from here, I hope it finds him well and able to put this fully behind him.” 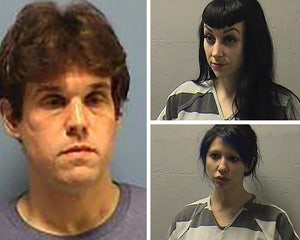 The two women who were also arrested back in 2020 — Melissa Cheng and Mindy Dixon — previously pleaded guilty to institutional vandalism, a misdemeanor. They were given two years probation.

The saga began on September 30, 2020, when a parishioner was passing by Saints Peter and Paul Catholic Church at 11 PM, and, noticing lights on inside at the unusual hour, decided to peek in through the window. What he saw was quite the surprise.

Inside, the witness claimed, they saw Rev. Clark, half naked on top of the altar; accompanying him were two women in high heels and corsets, wielding sex toys.

The illumination was actually a stage light set up, while a tripod mounted cell phone and camera recorded the whole scene. All three were allegedly having sex.

The witness made a cellphone video of their own, and called police to show them, KLFY reported. Officers from Pearl River PD came and arrested all three on suspicion of having intercourse in a publicly visible place. 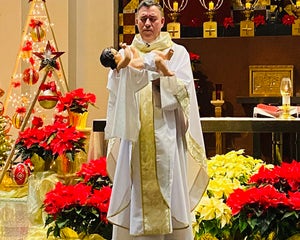