“In Hollywood the fastest way to get to the top is to work for someone who’s already there.” So says young Lou Simms (Kiernan Shipka), who is beginning an internship for abusive movie-studio executive Joyce Holt (Diane Kruger).

The whole studio is a cesspit of awfulness. Joyce’s assistant and gatekeeper, Travis (Thomas Dekker), is catty and cruel, but even he’s left scarred by the high-heeled shoes that Joyce throws in fits of rage. Ailing studio boss Redmond (Donald Sutherland) is an old lech who still gets off on sexually exploiting women from what looks like his deathbed. The setting isn’t what you’d call sudsy, but imagine a thin sheen of melodrama with lurid notes and you’ve more or less got it. 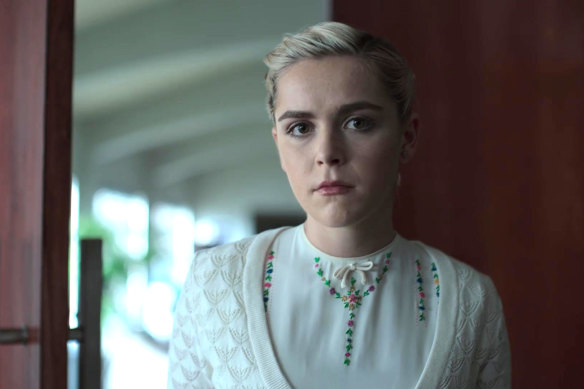 The doe-eyed Kiernan Shipka is in her wheelhouse at the intersection of innocence and darkness in Swimming with Sharks.Credit:Patrick McElhenney

Little Lou is going to be eaten alive here. Or maybe she won’t. Does her short, braided blonde hair and dirndl-based dress sense speak of sheltered Midwestern naivete or carefully coiled psychopathy? The doe-eyed Shipka is right in her wheelhouse there at that intersection of innocence and something darker.

For the viewer at least, the ambiguity doesn’t last long as the series’ six short episodes zip by. We see that Lou has long known who Joyce is, that she has a fixation on her, and that she intends their relationship to be more than that of mentor and mentee.

Series creator Kathleen Robertson is best known as an actor whose own Hollywood resume stretches from the original Beverly Hills 90210 to the current sci-fi series The Expanse. Here’s she’s reimagining the 1994 film Swimming with Sharks, which starred Kevin Spacey, Frank Whaley and a young Benicio Del Toro (and which is also on Prime Video). That film too was the product of a Hollywood insider – writer-director George Huang, who had served his own time as a put-upon assistant at a Hollywood studio. 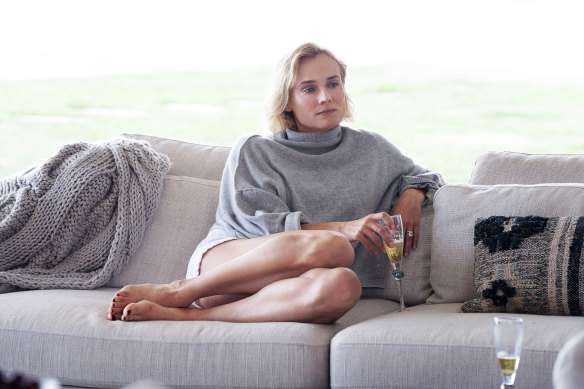 Robertson’s series is a different animal. It hasn’t exactly been overhauled for the #MeToo era – Huang’s film made very clear the kind of sexual exploitation and coercion that was happening in Hollywood in the ’90s – but it has been updated with other developments that now occupy large places in many women’s lives.

The biggest difference is that it essentially ends halfway through the movie, leaving things poised for a second season that might or might not get made.

Some of the characterisations might be unconvincing, but it’s still a perfectly satisfactory mini-binge. 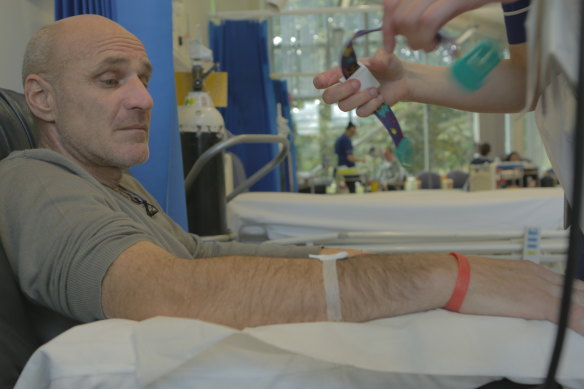 Grant Branton, a patient who has opted for science-based treatment in the thoughful documentary The Cancer Conflict.

This compassionate but clear-eyed documentary by Australian filmmaker Thomas Meadmore immediately makes clear that their choices are not remotely comparable: research shows that patients who seek alternative cancer therapy greatly increase their risk of death.

Filmed over eight years, The Cancer Conflict is a powerful piece of work – and emotionally harrowing, as Grant’s and Surinder’s ordeals grow ever more excruciating. But the film’s greatest value is in the way it plainly illuminates many of the misconceptions and seductive fallacies that lead people to reject effective treatments in favour of useless ones.

In that regard it’s an important primer – so many of us were never equipped with the basic knowledge and critical-thinking skills we need in such situations. But Meadmore is also deeply empathetic and understanding when it comes to the complex emotional factors that influence people’s decision-making – and to the experiences of those caring for a loved one who has cancer. An absolute must-see. 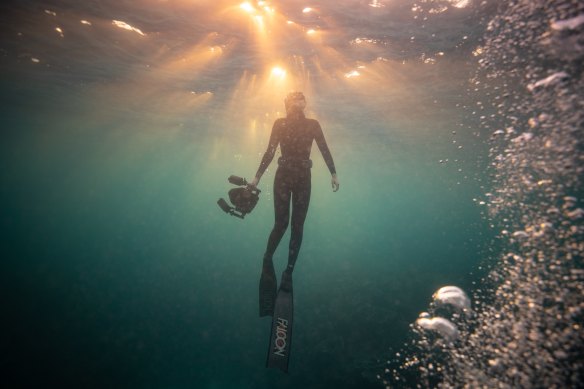 This agreeably low-key series has a bunch of diving-enthusiast friends discovering long-lost shipwrecks off the West Australian coast. The first episode is a doozy: they find the wreck of the Glenbank, a 73-metre steel-hulled sailing ship lost in a cyclone in 1911. It’s hard to say what’s more amazing – the footage of the wreck teeming with a riot of marine life, or the story of the ship’s sole survivor, who fought off a shark in the middle of the cyclone before being rescued from a desert island.

From Scratch
Netflix, from Friday 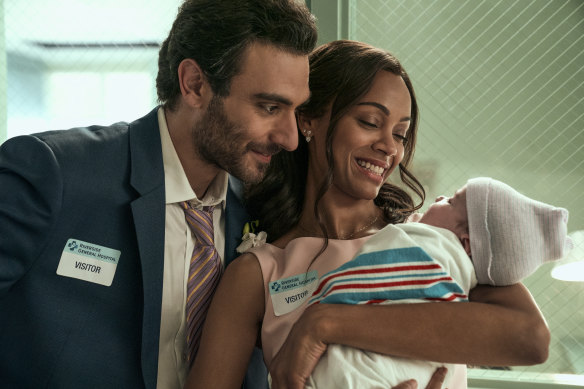 Eugenio Mastrandrea and Zoe Saldana in the romantic drama From Scratch.Credit:Jessica Brooks/Netflix

Zoe Saldana stars in this engrossing limited series based on the memoir by American writer Tembi Locke. When college student Amy (Saldana) arrives in Florence on an arts exchange program, she finds a wonderfully picturesque and romantic city full of handsome, sophisticated Italian men who want to be with her. Over the course of eight episodes, what looks like a simple holiday romance becomes a decade-long love story marked by wrenching grief and eventual rebirth. One for anyone who has loved, lost and learnt to live again. 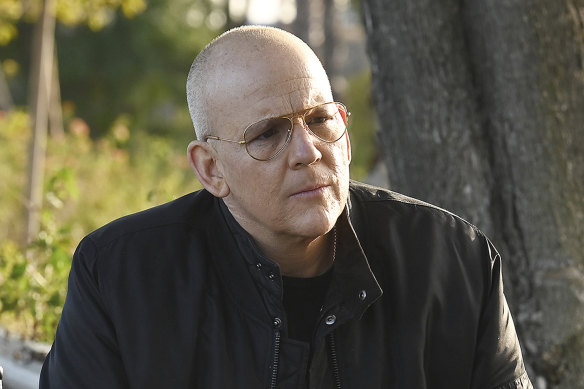 John Heilemann in the political reportage series The Circus.Credit:Showtime/AP

The Circus’ up-to-the-minute, access-all-areas coverage of American politics remains as compelling and illuminating as ever. With journalist John Heilemann and the rest of the team fanning out across the US ahead of next month’s midterm elections, the latest episodes have provided keen insights into how the Supreme Court’s overturning of Roe v. Wade has sparked a surprising Democratic resurgence in some Republican strongholds, and at how “election-denier” Republicans are working to take over posts overseeing elections in the crucial state of Arizona. 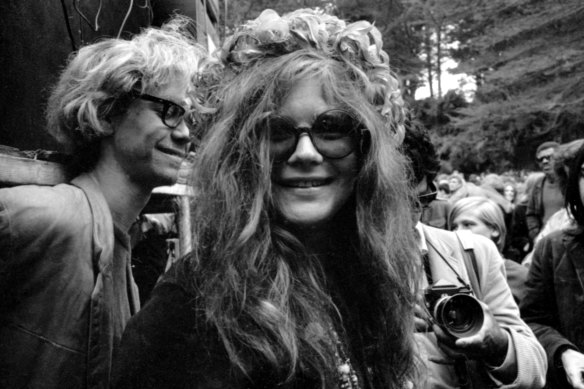 Oscar-nominated documentarian Amy Berg (Deliver Us from Evil), paints a heartbreaking portrait of Janis Joplin in a film that simultaneously underlines her incredible talent and power as a performer and the desperate desire for acceptance, approval and, eventually, fame that tormented her in the drug-racked years leading up to her death from a heroin overdose at age 27. Interviews with old bandmates, friends and lovers give the documentary a tangible intimacy as it reveals the shy vulnerability behind the enormous voice.

* Stan is owned by Nine, the owner of this masthead.