EVERYONE loves a cuppa – but do you know how much it costs?

We take a look at how expensive it is to pop the kettle on, and how much a daily brew could be adding to your bills each year. 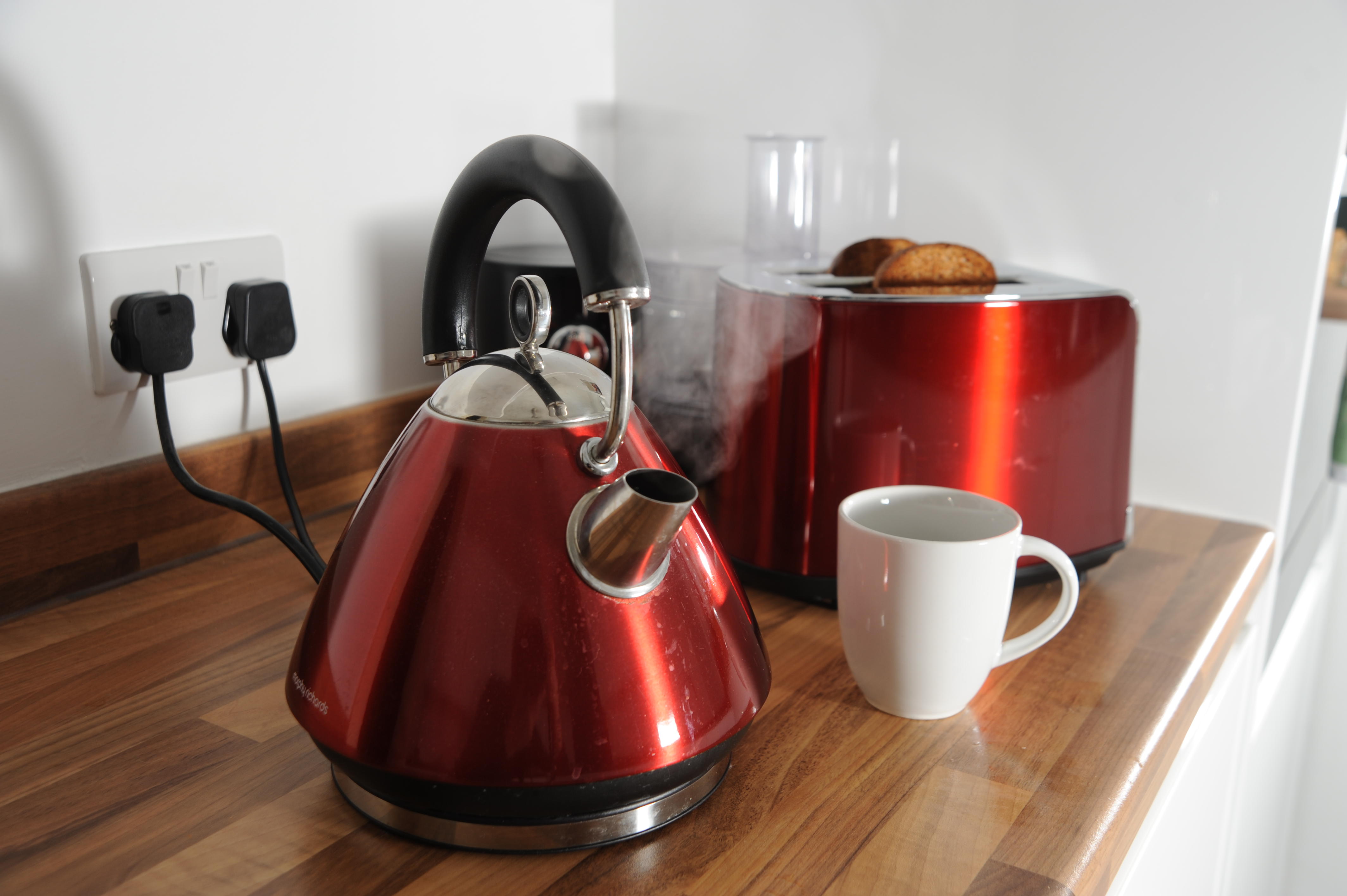 Fancy coffee gadgets consume a lot of energy too, with the top-end appliances using a third more energy than making a cup of tea.

So while popping on the kettle is the cheaper option, it can still add up in the long run.

But Brits are said to drink almost 36billion cups of tea per year, so that's a lot of power surges to heat up the nation's favourite drink.

So it's more important than ever to be aware of how much energy you're using, and how to bring down some of those costs.

We've broken down everything you need to know about how much it's going to cost you to boil a kettle over the year. Check it out below.

A standard kettle has 3kW of power and making a single cup of tea cost less than a penny to boil according to Uswitch.

The energy expert also says that the amount of energy used to make a cup of tea is roughly 0.0408kWh.

So to work out how much it will cost to make your favourite hot beverages you need to do a bit of maths.

The equation is: Cost = power (kilowatt) x cost of one kWh (pence) x the length of time (months or over a year.)

If the 16.75 million coffee machine owners in the UK switch from drinking four cups of tea a day to four cups of coffee, they will go from spending £171 million to spending £228.9 million.

The difference between the two is £57.2 million a year so while you could be spending nearly £3 a year making cups of tea it's still cheaper than the cost for coffee lovers.

In total Britain spends £1billion a year boiling kettles for tea according to Uswitch.

Kettles account for 6% of total household expenditures according to Statista as well, which can add up to a cost of £19.3billion across the UK.

But ultimately, on average, one cup a day for a year is going to add £2.56 to your total bill as concluded by Uswitch.

However, £68 million a year is estimated to be wasted annually by consumers over-filling their kettles.

There are ways to reduce the overall costs though.

Cut the cost of your cuppas

One of the biggest elements that will hike up your energy costs is filling up the kettle with too much water to begin with.

If you're only after one quite caffeine fix but you fill the kettle up with enough water for eight cups, it's not only going to take a really long time to brew, but you'll be wasting energy heating the excess water.

Sarah Broomfield, energy expert at Uswitch said: "Overfilling the kettle to make a cup of tea wastes an incredible amount of power, so make sure you only heat the amount of water you need."

Turning off machines when they’re not being used is a good way to crack down on unnecessary costs too.

Make sure you flip off the switch on the wall and unplug the appliance as leaving it on standby will continue to drain your bank account in the same way it drains the unneeded power from the wall.

You can think about switching your energy tariff too, as the set price your provider charges for each of those cups of tea could come down with a simple change.

There's no need to stay loyal to your provider as soon as your contract is up, shop around as you could find that another tariff charges less than the average we've calculated for each Kilowatt used.

Switching is just one way to reduce your energy bills too, we've come up with a handy guide to help you lower other everyday costs.

Another home comfort you might want to be wary of is the overnight fan you're leaving on during the hot summer nights.

Leaving it running can also hike your energy bill, so being aware of the cost breakdown is important.

Anybody wanting to splash out on a hot tub before the summer comes to a close, should keep in mind the costs of running it too.