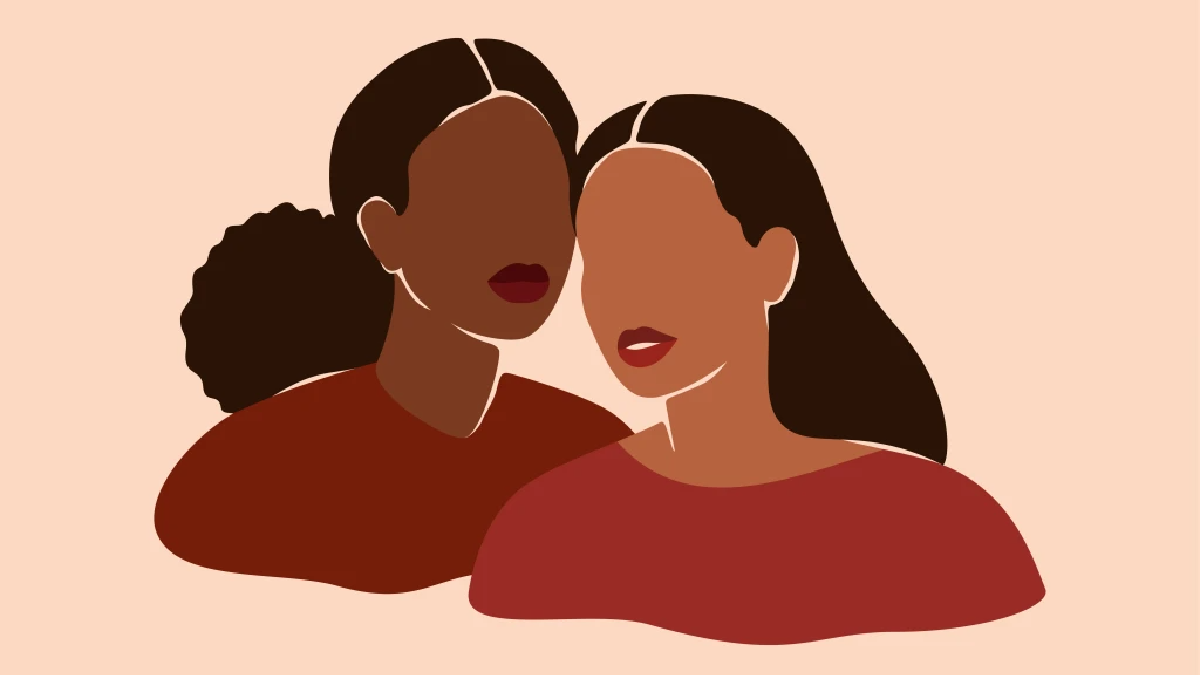 Life is filled with messy situations that all, eventually, pass.

But what happens when you have a friend that’s consistently unpredictable, spontaneous and just, generally, pretty chaotic?

Often these irregular patterns of behaviour can cause a person to either be extremely excited, aggressive or deeply emotional – like they’re on a rollercoaster.

Sometimes this can be fun and exciting, other times it can be exhausting.

Rhys Smart says that one of his friends is extremely chaotic – something he’s now come to understand and love, despite being unsure at first.

‘My friend has ADHD, so she’s always chaotic, but that’s what I love about her,’ Rhys tells Metro.co.uk.

‘I love seeing her turn up to my flat with her energetic eruptions, I always have a laugh with her.

‘I always wonder what she’d be like If she didn’t have ADHD, would she be a completely different person? Probably, but I wouldn’t change her for the world.’

But sometimes chaotic energy can affect a friendship in a negative way.

Dr Alison McClymont tells Metro.co.uk: ‘We all have a friend who might be constantly in a state of turmoil, and they always seem to be in a “drama.” For some, this is simply an extension of a personality who may be a little prone to exaggeration or emotive expression and may not indicate an extreme depth of feeling – more just a “quirk of communication.”

‘But for others, it may be as a result of their own erratic and unpredictable behaviour towards others.’

Dr Elena Touroni, a consultant psychologist and co-founder of The Chelsea Psychology Clinic, says this chaos can come in many forms, such as emotional dumping – AKA a friend putting negative feelings and stresses onto you.

‘Emotional dumping is usually a coping mechanism for stress, and it may be a behaviour that was modelled to someone in childhood,’ she says.

It can also resemble impulsive behaviour, which means acting incredibly quickly, without thinking about the consequences – something that can be both draining, and potentially dangerous, for each party.

Examples of chaotic energy in a friend, according to life coach Rochelle Knowles

‘Someone with chaotic energy (or yoyo energy), expresses up and down emotions. One minute they are excited and overjoyed, the next they’re mad, frustrated or upset,’ says Rochelle.

‘This can mean that they tend to make spontaneous or wild decisions driven by, and resulting in, significant mood changes.’

Key signs of someone with chaotic energy include :

Chaotic energy can also be a cry for help.

‘It can be caused by trapped negative emotions and unresolved trauma held in the energetics of the physical body – because a friend is avoiding facing the deep-rooted pain and the only way to feel better is to force themselves to be happy,’ says author and life coach Sam Evans.

She adds: ‘I know a lot about chaotic energy – both in myself and also friends. I used to have a lot of crazy energy and was very hyperactive. It wasn’t until I learned how to get myself back into balance, I realised that it was actually a cry for help as I desperately craved attention.

‘I have a friend at the moment who is experiencing the exact same thing – always speaking fast, unable to face anything, and just want to keep going forward in an energy that gives me anxiety.’

So just how do you go about living your life and setting boundaries, while also offering support (if you think they need it)?

Experts have shared some things to keep in mind…

Understand that people are not their behaviours

If a friend hasn’t always been chaotic, it’s likely they are struggling with something underneath the surface.

Sam says: ‘If your friend is acting in a way that doesn’t feel good to you, know that deep down this isn’t really her/him.

‘It could be they are deeply blocking some deep-rooted pains and acting in accordance with their hidden memories and experiences that they have no idea is causing them to feel this way.’

Also, avoid telling them outright to stop being chaotic, as this could make things worse.

‘If anyone was to ever tell a friend to be calm (which isn’t recommended), or slow down, these types of responses just cause the other party to go into deep self-sabotage,’ adds Sam. ‘Reason being is that there is a much greater force deeply within that causes anyone to be high energy, which is a mask to avoid deep-rooted unresolved pain.’

Listen with an empathetic ear

Instead of trying to get a friend under control, listen to what they have to say.

Sam adds: ‘Chaotic people speak super-fast so just breathe and hear their words. Explain to them that you are there for them as this will slowly open a deeper connection with your friend.’

It’s also important to explain how you feel in a calm and meaningful way – as relationships are a two-way street, after all.

As with any unresolved issue, communication is key from both sides is key.

‘As much as your friend could be deeply in self-sabotage mode, explain to them how you feel, and how much they mean to you,’ adds Sam.

Without getting into heated arguments, find a quiet time and place to speak with them alone by asking questions about what’s going on with your friendship.

But remember not to use blaming language – as this can come across as aggressive.

‘Instead lead with “I” statements,’ says Dr Elena.

‘So an example might be: “I feel overwhelmed when you talk to me about your family problems.”‘

‘Being available for your friend doesn’t mean that you are there 24/7, it’s about stating clear boundaries for both of you,’ adds Sam.

Dr Elena agrees and says it’s important for a friend to know you are there, but for them to also get help and support elsewhere.

After all, you have your own life and problems to lead without constantly absorbing chaos from someone else.

She says: ‘Remind them that you care about them but that you don’t always have the capacity to support them in the way they need.

‘You might also want to suggest that a therapist would be better placed to support them.’