A WINCE-inducing video shows a Texas man having a giant insect pulled out of his ear after the large critter flew into his lug while he was working in his garage.

The patient, identified only as Ronald, was featured on this week's episode of This Came Out Of Me, a Discovery Channel reality series that profiles unusual and extreme medical emergencies treated by ER doctors in Texas. 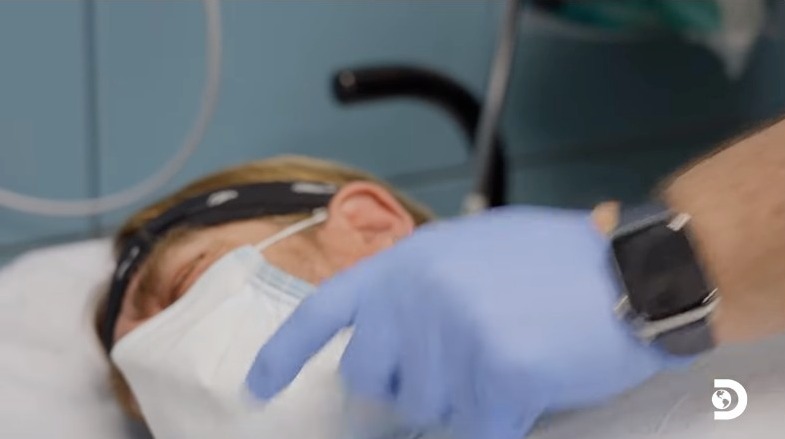 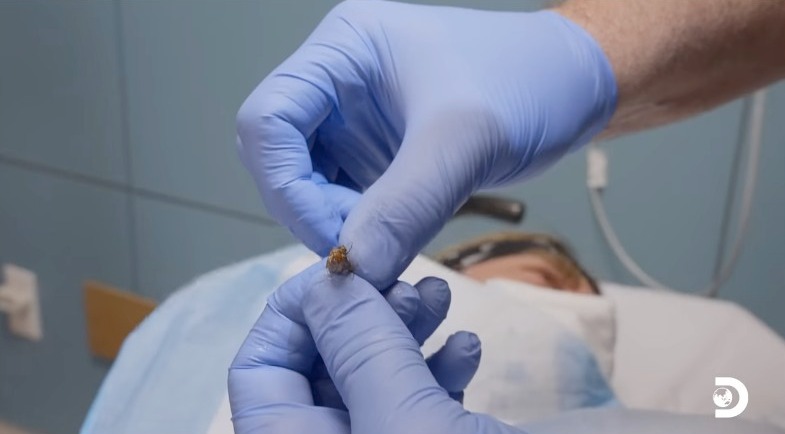 In the episode, which aired on Sunday, Ronald is heard telling nurse Paige Grissom how he had been fixing up his dune buggy outside in the garage of his Odessa home when a "daggum bug flew in my ear."

When asked whether he believed the bug was still alive, Ronald responds that he believes it is, adding: "It's really irritating. It feels like it's got some wings and it's down on my eardrum."

"Drives me crazy," he adds. "I couldn't stand up because it was just so uncomfortable … makes me just unstable."

Dr. Greg Starr assesses Ronald and discovers the bug has lodged itself inside his "left external auditory canal."

Starr injects several doses of lidocaine – a type of local anesthetic – into Ronald's eardrum in a bid to either stun or kill the insect.

Ronald is seen writhing around in pain on a hospital bed as the drug is administered.

After the third dose, Ronald jerks his legs up in the air in discomfort and shakes his head as the winged critter is prized from his ear canal.

Incredibly, the bug was still alive.

"Looks like a moth," Starr is heard exclaiming as he holds the bug up to the camera.

Footage of the clip has since gone viral on Facebook, drawing reactions of shock, disgust and horror in equal measure.

"My worst nightmare," wrote one viewer.

"And … I'll never sleep again," added a second, along with a sick-face emoji.

This Came Out Of Me is a brand new Discovery Channel series that premiered on January 2.

The reality show is based in Texas and profiles some of the most bizarre and extreme procedures performed by Emergency Room doctors in hospitals across Texas, including in Odessa, Austin, Houston, and Midland.

"Working in the Emergency Room is all about rolling with the punches and is not for the squeamish," Discovery wrote in a press release promoting the show.

"For the doctors and nurses at the 21 SignatureCare Emergency Center locations throughout Texas, it’s a chance to take on the challenge of helping people with painful, unusual, and sometimes even gruesome emergency cases."

In addition to a monster bug being pulled from Ronald's ear, the series also profiles a number of other freak incidents including one patient whose leg became impaled by a slab of concrete, and a toddler who swallowed a princess doll.

Episodes of the show are released every Sunday at 9pm ET/8pm Central on Discovery Channel. 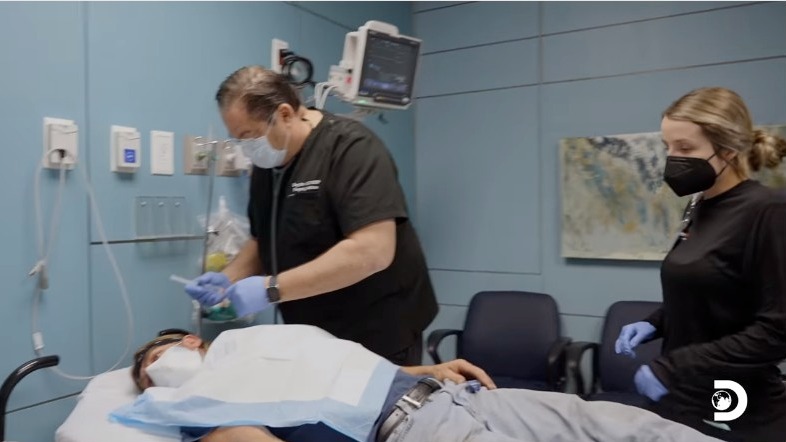 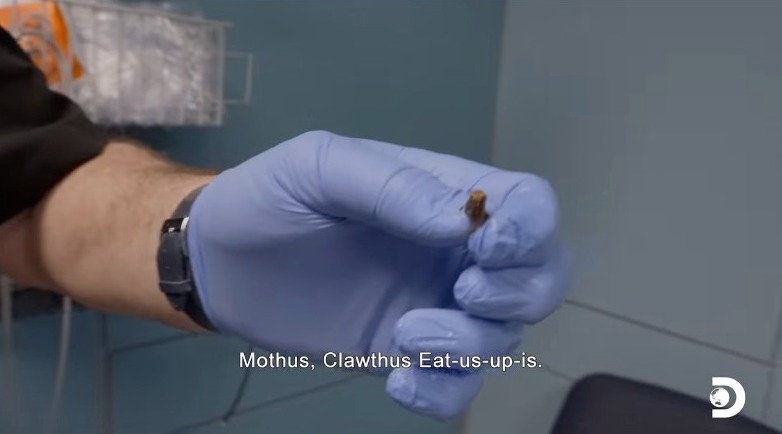