The ‘American Idol’ judges are finally speaking out about Caleb Kennedy leaving the show after a video controversy. Luke Bryan called the situation ‘devastating,’ while Lionel Richie said it was ‘unfortunate.’

The American Idol semi-finals were supposed to feature the top 5 artists, but it was only the top 4 who performed because Caleb Kennedy left the show after a controversial video surfaced online days before. After the May 16 episode, Luke Bryan and Lionel Richie finally weighed in about the Caleb situation. “Well, losing great talent is always [hard],” Lionel told Entertainment Tonight. “This is our class. This is the class of 2021. So, you know, it was an unfortunate situation,” Richie shared. “We had to ride with what’s happening with ABC, and you know that’s where we play. So you know we wish him all the best, but that was just one of those unfortunate things that happens along the way of life.”

Luke added, “You know, we love these kids, we love every aspect of their growth and all of this, but it’s certainly devastating news when we hear about this. But like we said, our thoughts will be with him as he grows as an artist.” 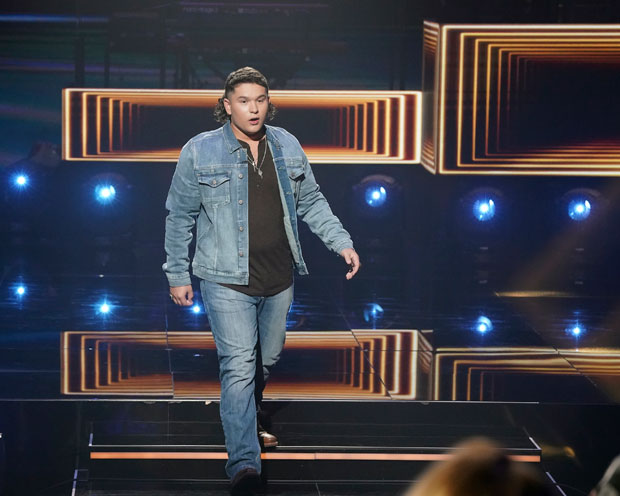 Caleb left American Idol ahead of the season 19 semi-finals after a controversial Snapchat video from the past surfaced online. The video allegedly showed Caleb sitting next to someone wearing what looks like a Ku Klux Klan hood. Hours after the video surfaced, the 16-year-old singer announced he would no longer be competing. During the May 16 episode, host Ryan Seacrest only said Caleb would “not be continuing in the competition” even though he had made the top 5.

“Hey y’all, this is gonna be a bit of a surprise, but I am no longer gonna be on American Idol,” Caleb tweeted on May 12. “There was a video that surfaced on the internet and it displayed actions that were not meant to be taken in any way. I was younger and did not think about the actions, but that’s not an excuse.” 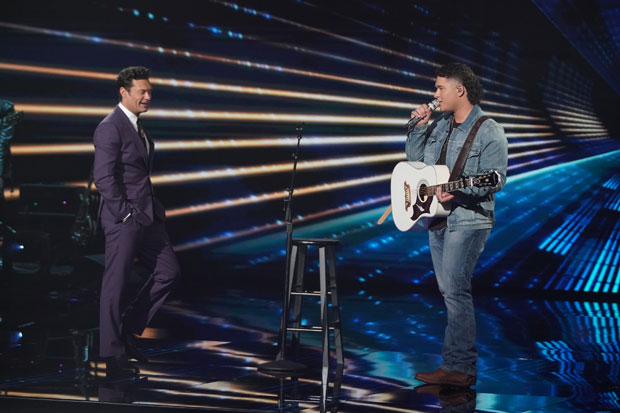 He continued: “I wanna say sorry to all my fans and everyone who I have let down. I’ll be taking a little time off social media to better myself, but saying that, I know this has hurt and disappointed a lot of people and made people lose respect for me. I’m so sorry! I pray that I can one day regain your trust in who I am and have your respect!”

With Caleb out, the top 4 competed for America’s vote. Casey Bishop was sent home at the end of the May 16 episode. Willie Spence, Chayce Beckham, and Grace Kinstler will be competing for the American Idol title during the May 23 finale.