JAN MOIR: These two are just pawns in a much bigger game of racial grievance… It would take the ‘hardest of hearts’ to believe that Lady Susan Hussey meant to be racist or to cause harm

Where are you from? Yes, but where are your people from? Slice it or dice it any way you like it, but I can understand why many believe that Lady Susan Hussey was being racist when quizzing Ngozi Fulani at a Buckingham Palace reception this week.

Including Miss Fulani herself. Perhaps especially Miss Fulani, who is not well disposed towards the Royal Family anyway, having previously accused them of committing ‘domestic violence’ against the Duke and Duchess of Sussex.

The charity head also accused the whole shower of being racist for not allowing Meghan to appear on the Palace balcony when . . . well, you get the drift.

If she disapproves of the Windsor gargoyles so much, if they are such bigots in her eyes, one wonders why she accepted this invitation to BP in the first place.

Yet she certainly seemed to enjoy herself and was caught on film having an animated chat with Camilla, the Queen Consort.

But then came The Incident. 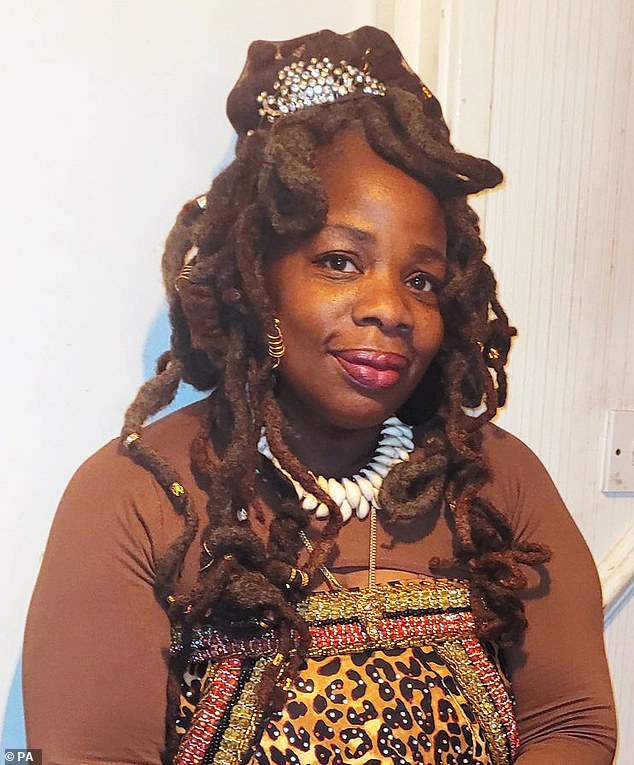 It would take the hardest of hearts to believe that Lady Susan meant to be racist, or to cause harm or upset anyone.

She has been a quasi-diplomat all her life, at the late Queen’s side throughout countless royal tours and thousands of receptions, just like this one.

And when she met this woman of African heritage, who was rightly proud of her African culture and wearing what looked like some form of African dress, was it really so terrible of her to have asked what part of Africa she was from?

Perhaps she even asked this when eliciting information as a prelude to introducing Ngozi to Camilla or other official personages — because that’s what ladies-in-waiting do at events such as this.

They are the Mary Poppinses of the party circuit: have another sherry, have you come far, have you tried the cheese puffs?

They scoop up all the movers and shakers, the lost robins and the wallflowers in the warm embrace of glazed and practised hospitality. 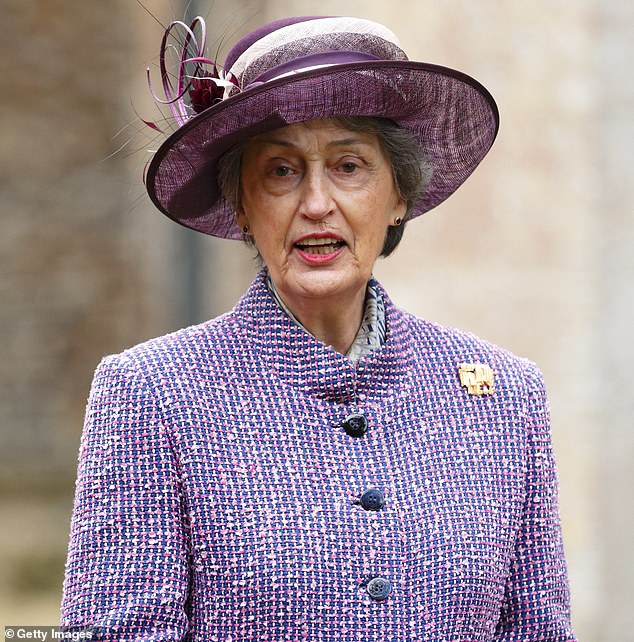 It would take the hardest of hearts to believe that Lady Susan (pictured) meant to be racist, or to cause harm or upset anyone

Yet at some point during their conversation, Miss Fulani became distressed because Lady Susan seemed not to accept that she was British.

I get it. Imagine being at a party when a tall, patrician lady with a posh voice keeps asking yes, yes, but where are you from?

The sensitive could surmise that there was an implicit undertow in her words, which suggested that wherever you are from, you are not from here.

Miss Fulani was on Good Morning Britain yesterday, reliving the full horror of her two-minute ordeal. ‘Although I didn’t experience physical violence, what I feel I experienced was a form of abuse,’ she claimed. 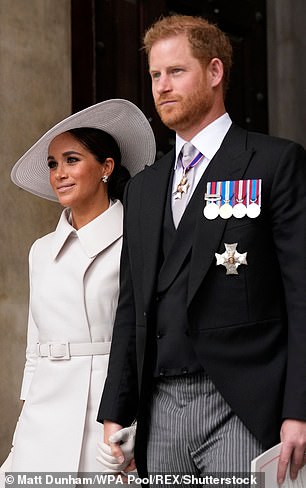 Miss Fulani is not well disposed towards the Royal Family anyway, having previously accused them of committing ‘domestic violence’ against the Duke and Duchess of Sussex (pictured in June)

She was also interviewed with syrupy reverence by Mishal Husain on Radio 4’s Today programme, treated as if she were Nelson Mandela and Rosa Parks rolled into one.

‘I wanted her removed from public-facing roles,’ she said of Lady Susan, 83, who has been booted out of her job after a lifetime of blameless loyal service.

I can’t help but wonder if Miss Fulani isn’t being a touch disingenuous about all this.

In a lengthy ‘oral history’ interview she gave to Hackney Museum in 2017, she described her fellow Londoner, the Labour MP Diane Abbott, as a woman ‘from an authentic Jamaican background . . . she loves her Jamaican and African heritage’.

Which seems to suggest Ngozi Fulani knew exactly what Lady Susan meant when she asked where she was from.

Yet if you were minded to re-inforce the royal racism narrative and be offended instead of forbearing, then the offence was there for the taking.

In the same interview for Hackney Museum, Miss Fulani talked about how she loves wearing her ‘African attire’ which sometimes includes ‘Kente cloth from Ghana, in red gold and green’. She also thinks that sometimes people who ‘do not look like me would be very nervous and very uncomfortable’ because ‘we are our full African self’.

She was invited to Buckingham Palace in her role as founder of Sistah Space, an initiative that offers specialist support to women of African and Caribbean heritage who have been affected by abuse. She believes the police once routinely beat up black men and that black women are dying because the police don’t believe they are being abused, as ‘red marks or bruises’ are not visible on black skin.

In some ways, a woman like Lady Susan and a woman like Ngozi Fulani were almost destined to clash in such a manner, each being their full selves in very singular ways from different generations.

Their cocktail-party chat is being freighted with a significance it does not deserve, seen as evidence of the systemic racism that the Duchess of Sussex has complained about — and even held up as another reason to abolish the monarchy. It’s another example of diversity-industry hysteria.

If an octogenarian lady-in-waiting is confused by an outfit and gently blunders into the terrifying nuances of modern race relations, is it really an issue of global significance? 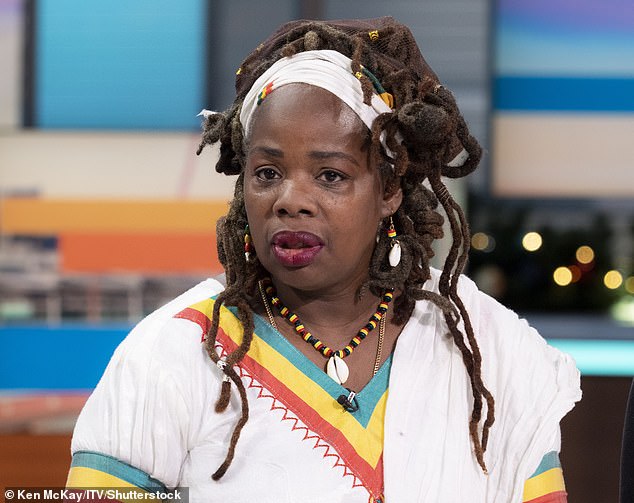 Some would have us think so. Many are determined to fashion an outrage banquet from these scraps of social gaucherie. Harry and Meghan must be thrilled.

Yet this is not a narrative of wrong or right, for there is no moral gulf between these two women — only a divide between what was said, what was meant and what was heard.

To be honest, neither Miss Fulani nor Lady Susan come out of this encounter particularly well.

Now it is their mutual misfortune — and the Royal Family’s — that they are pawns in a much bigger grievance game.

Recession, what recession? A restaurant called Bacchanalia has just opened in London. ‘Welcome, fellow seekers of the sublime,’ it says on its website, although it is not long before we crash headlong into the ridiculous. 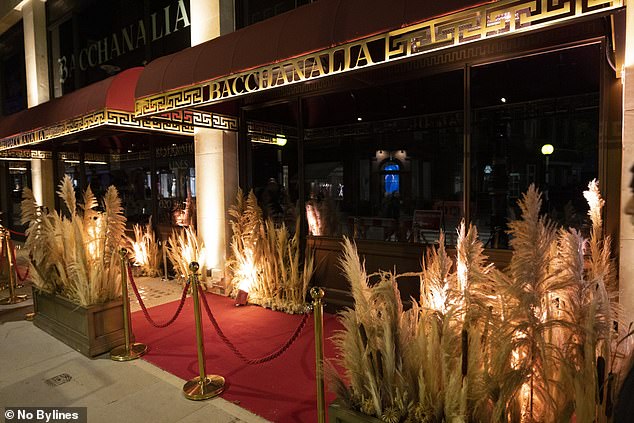 A restaurant called Bacchanalia (pictured) has just opened in London. ‘Welcome, fellow seekers of the sublime,’ it says on its website, although it is not long before we crash headlong into the ridiculous

‘I had a salad, a sausage and a small carafe of horrible wine and it cost me over £100,’ whimpered a friend who went the night it opened. That’s what you get for going to a restaurant called Bacchanalia, I thought. And guess what? It was rammed. ‘Nothing tastes as good as sexy feels,’ is the ‘philosophy’ of the restaurant’s ‘culinary director’. I’m running out of the will to live. And inverted commas.

Amanda’s Holden on to her dignity

Amanda Holden says she loves attracting attention with her skimpy outfits and vows to continue being controversial. Good for her!

I love Amanda’s barely there chutzpah — especially when viewers complain to Ofcom (them again) about her cleavage exposure or whatever. What kind of prude could be so rude?

Recently, inexhaustible Amanda posted pictures of herself posing in the bath as Cleopatra; made up as Marilyn Monroe; in thigh-high boots as a little drummer girl; and in various split/plunge/oopsadaisy gowns. You have got to love that energy!

Can a saucy Santa outfit be far off? Count down the days on your Amanda advent calendar. 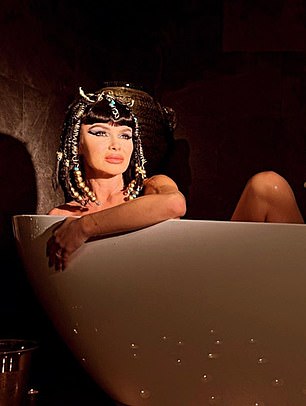 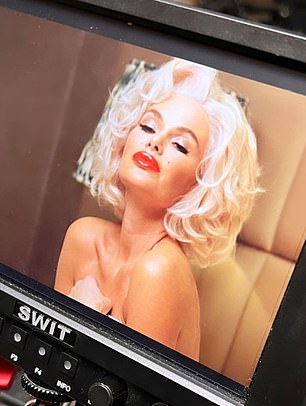 Recently, inexhaustible Amanda posted pictures of herself posing in the bath as Cleopatra (pictured left); made up as Marilyn Monroe (right); in thigh-high boots as a little drummer girl; and in various split/plunge/oopsadaisy gowns. You have got to love that energy!

Miriam Margolyes is a national treasure — buried, preferably. Why do so many worship this appalling woman?

ITV’s This Morning has framed pictures of agony aunt Miriam, 81, on set, as if she were some holy relic, despite her once stating her wish on TV that Covid-stricken Boris Johnson would die. Ofcom cleared her of any wrongdoing, but what else could it do? Idiot jail was already full.

On her Wednesday agony aunt broadcast, the actress told a caller to lose weight if she wanted to find a boyfriend. She refers to less-abled people as ‘cripples’, calls short skirts a ‘p***y pelmet’ and thinks Jeremy Hunt is ‘a right b*****d’.

Some see Miriam as bracing and refreshing — but so is a slap in the face with a wet squid. Yet here we are, celebrating one female octogenarian for using outdated language while throwing another under the bus. 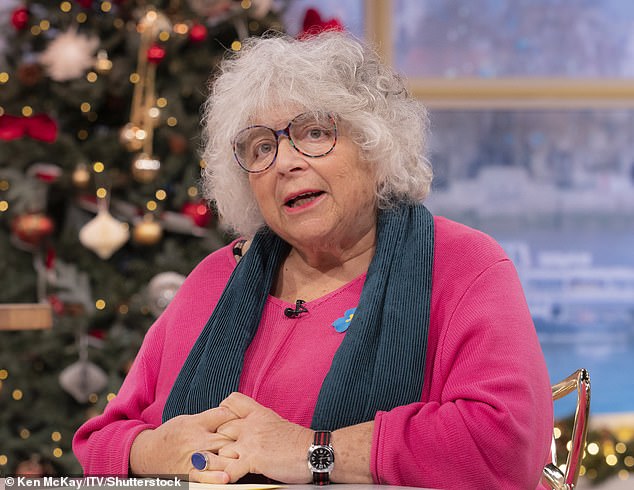 Miriam Margolyes (pictured) is a national treasure — buried, preferably. Why do so many worship this appalling woman?

Netflix (surely with some input from Harry and Meghan) could have chosen to release the trailer for its six-part (six-part!) fly-on-the-wall series any time between now and its expected launch next week.

Yet it picked the morning William and Kate embarked on the first full day of their Earthshot U.S. trip. Don’t tell me it wasn’t deliberate.

Not only has the poisoned gauntlet been thrown down, it almost seems as if the Sussexes won’t rest until they have destroyed the Cambridges.

For the glossy trailer reveals that we are in for a new version of The Crown — only this time it should be called Bring Down The Crown.

‘When the stakes are this high, doesn’t it make more sense to hear our story from us?’ asks Meghan in one scene. Which stakes? What sense? Whose story? What does she mean?

Meanwhile, an ominous mood prevails, as Meghan and Harry portray themselves as overwrought innocents fighting some unnamed forces of evil. Kate’s furious face flashes across the screen. Meghan is even in tears at one point. And that’s only the trailer.

It all makes William and Kate — dutifully shaking hands in Boston; getting on with the dreary everyday business of being royal — look like a pair of dolts. Does Harry really hate his brother so much that he will stop at nothing to destroy him? Sadly, that is what it feels like.

Despite her fashion business losing millions of pounds, Victoria Beckham keeps coming up with new designs to tempt customers.

Her latest is a posh onesie: leggings, a polo-neck and a body all rolled into one. ‘How cool is this?’ she said, while modelling the £690 garment. ‘It just looks so considered.’

What I am considering is — how do you go to the bathroom in it? Tell me again why this fashion business is a flop.