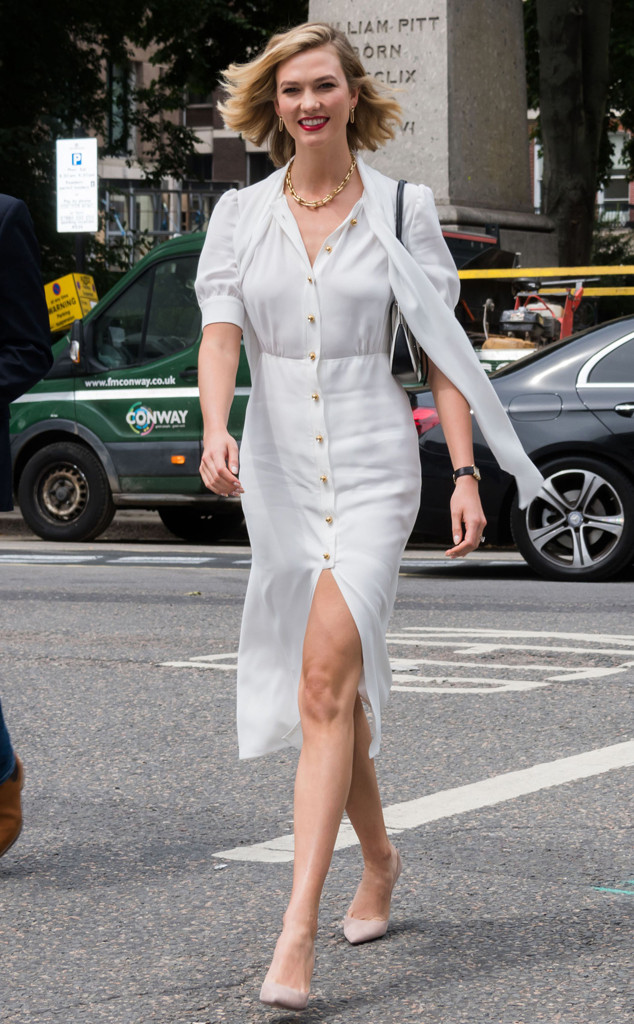 Karlie Kloss took to Twitter on Wednesday to document her bathroom blunder. The 27-year-old model posted a video of her credit card floating inside of a toilet. She also shared a few words of wisdom with her fans.

“Always check your pockets,” she captioned the clip.

While some fans laughed off the unfortunate incident, others expressed concern over the visibility of her credit card number.

“Girlie cover up your credit card number,” one follower tweeted in response to the video.

In fact, it looks like this was a repeat offense.

“Why does she keep posting her credit card number???” tweeted another. “I’m sure she cancelled it, but it’s still hilarious!”

The comments didn’t end there, either. Others wanted to know if Kloss fished out the card, and some wondered if she canceled it.  A few fans also noted they could totally relate to her situation.

“This happened to me once but its my phone… hahahaha gross,” wrote another.

This wasn’t the first time the newly married star had documented her mishaps on social media. She also shared a video of herself tripping on a treadmill last summer.

In fact, the Project Runway host dubbed herself the “biggest klutz of all time” in a 2014 Instagram post.

But make no mistake: The celebrity can still conquer any catwalk.