Kate, Duchess of Cambridge, 38, was filmed at the Natural History Museum ahead of announcing an annual photography prize on Monday. The Duchess, who is patron of the museum, spoke ahead of the Wildlife Photographer of the Year’s first virtual awards ceremony on Tuesday, October 13.

Kate looked chic in a black suit as she delivered a confident address to the camera.

The Duchess was widely praised for her smooth delivery with fans flooding her with compliments on Twitter.

One fan gushed: “What a gorgeous, classy future Queen and her accent.

“Excited for this, you can see The DoC is clearly passionate about the causes she works on, she’s also an amazing photographer, can’t wait to see who’s the lucky and talented winner.” 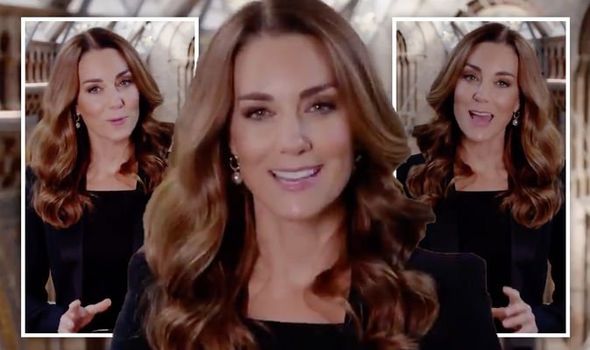 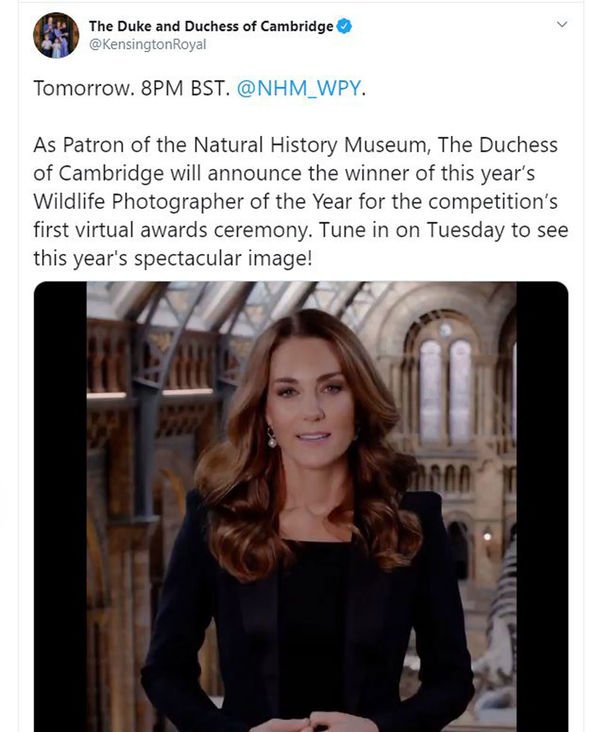 According to a body language expert, Kate’s “professional” speech suggests she may have had some coaching.

According to Judi, Kate has come a long way since her nervous beginnings in the Royal Family.

Judi James told Express.co.uk: “Glossy, confident and with a level of delivery that could almost be called professional, Kate has come a very long way from her first, faltering speech as a member of the royal firm.” 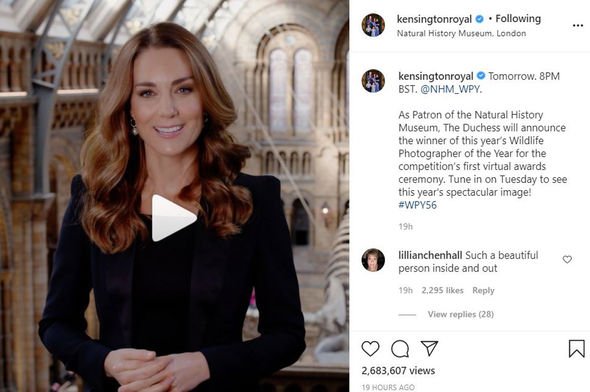 “Delivering straight to camera like this is a skill that only full-time presenters tend to master well and it does look from Kate’s body language as though she has had some form of coaching to get to this standard.”

Judi claimed Kate’s hand gestures are a key indicator that she has been taught to “gesticulate easily.”

Judi said: “Kate’s hands are normally held low to her torso in a clasp that often involves a small clutch bag.

“Here though she uses a gesture that is quite a recent-looking trait, with her arms bent so that her hand clasp is higher and more of a finger-touch or thumb-hold.

“This light clasp allows her to open her hands to gesticulate easily and smoothly.”

Judi claims Kate’s “power pose” is also a key sign she may have had professional help.

The expert said: “With her feet slightly splayed and her weight evenly balanced, this is what is often called the ‘Power Pose’ in presentation skills training.

“It also involves what is called the upturned V-shaped gap under the armpits that signals confidence and it helps avoid two big gestures of nerves: the pinned arms, where the arms are pressed against the body in a self-hug, and the wringing hands that will suggest anxiety.” 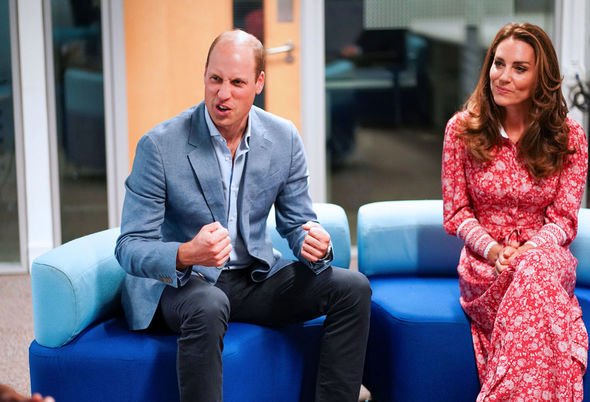 According to Judi, Kate adds her “own touches” to avoid looking “rigid” as she speaks to the camera.

Judi said: “The kind of pose Kate is adopting here can look stiff and rather rigid but she adds her own touches to personalise it and show that she is also enjoying herself and her message.

“Her head-tilt is important as it avoids the passport-photo rigid head look, while her small body-bounces suggest warmth and enthusiasm.”

Judi claimed Kate makes a special effort to ensure her audience feels “included” rather than cut off.

She said: “When she opens her hands she also performs small cupping shapes, making her message look inclusive to her audience rather than formal and royal.”