Nick Tilsley (played by Ben Price) and his partner Leanne Battersby (Jane Danson) have one of the most turbulent relationships in Coronation Street history. As well as getting married, divorced, reunited and having children with other people, they’ve still managed to remain a force to be reckoned with. However, developments in Oliver Battersby’s (Emmanuel and Jeremiah Cheetham) heartbreaking storyline next week on the ITV soap pushes the pair to the brink of destruction. With it looking ever more likely the youngster is going to pass away, will his mother find herself without a partner by her side?

As viewers will know, Leanne and her son’s father Steve McDonald (Simon Gregson) have started legal proceedings against Weatherfield General after the hospital explained there was no more they could do for Oliver.

Next week, the final court hearing date is set and the grief-stricken mother suggests one of the youngster’s parents needs to go to Germany and try to get the medical experts onside to make their case stronger.

The father-of-three tells the mother of his son he will fly over and speak with mitochondrial disease specialist, Dr Schmitz.

Unfortunately, Nick’s partner is dealt another blow when a newcomer called Wendy introduces herself as the toddler’s guardian who has been issued by the courts to stay by his side as his parents go to war with the hospital.

As the legal receptionist loses her cool, the Underworld Factory owner apologises to the youngster’s guardian for his mother’s outburst. 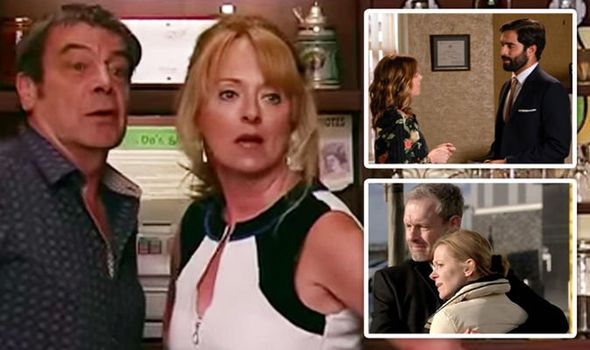 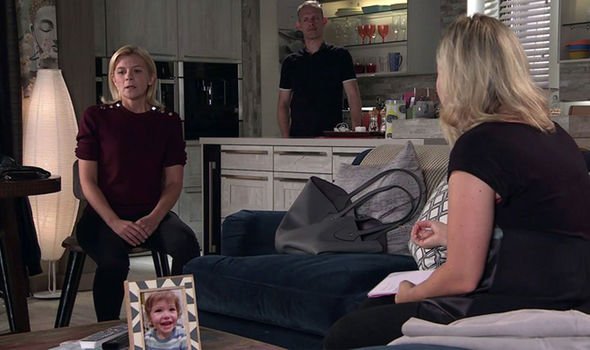 Although he was trying to do the right thing, Leanne is left furious with her partner and later on, a journalist called Suki introduces herself to the couple.

The latter newcomer is a friend of Natasha Blakeman (Rachel Leskovac) – the mother of Nick’s son Sam Blakeman (Jude Riordan) – who wants to help raise more funds for Oliver to undergo experimental treatment.

Leanne agrees to apes openly about her son’s ordeal but when his death is brought into the conversation, the legal receptionist sees red once more.

Meanwhile, back on the cobbles, Gail Platt (Helen Worth) helps her long-lost grandson set up a stall in Victoria Garden to help with fundraising efforts for the three-year-old. 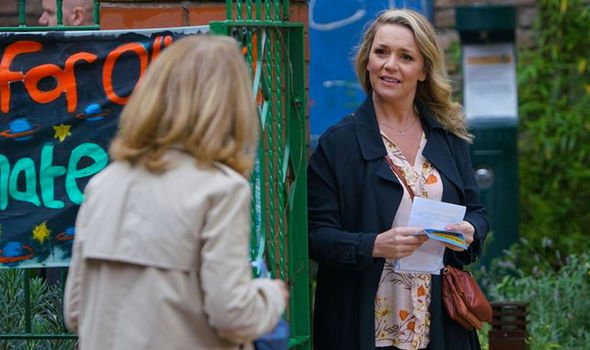 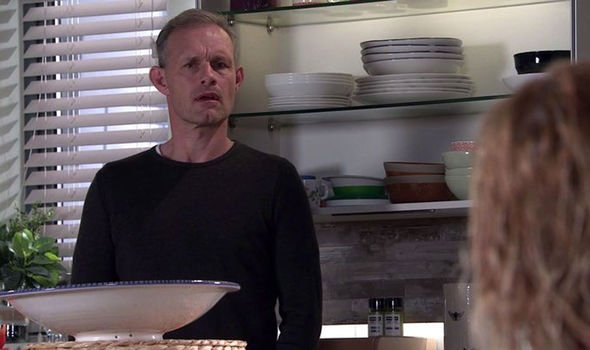 However, the Platt matriarch decides to take the opportunity to tell Sam’s mother Natasha to keep her hands off Nick as he’s trying to support his partner.

The returning Weatherfield resident tells Gail she has no intention of going after her son as is only trying to help him during his darkest hour.

Later on, the mother-of-one decides to apologise to Nick herself over her friend Suki insensitively probing Leanne.

As a way of making it up to him, she says she would like to donate £20,000 towards fundraising for Oliver’s treatment.

It seems Sam’s parents are finally on the same page, but then the whole family is dealt another cruel blow.

Steve returns to the cobbles from Germany and explains Dr Schmitz is adamant there is nothing he can provide to help Oliver and his experimental treatment won’t be a viable option for the youngster.

Furious, Leanne is in no mood to receive a call from Natasha, who goes on to tell her about the deal she has tried to make with Nick to offer up £20,000.

The mother-of-one then flies off the handle as she demands to know why her partner didn’t tell her about his ex’s contribution and why he refused to accept it.

In her mind, the legal receptionist feels her other half has given up on young Oliver and believes he’s going to die.

Promoting a U-turn, Leanne orders her partner to accept the money so they can pay for the increasing legal fees.

The grief-stricken mother is somewhat calmer when she speaks with Steve, who feels he’s to blame for failing to secure Dr Schmitz.

She tells him he shouldn’t be too hard on himself as he did his best at the same time her partner is telling mother, Gail, he thinks his other half is fighting a losing battle.

Offering her advice, the grandmother urges her son to tell the truth, but could the consequences lead to a split for the beloved couple?

Are these spoilers ITV bosses’ way of hinting the pair will be torn apart forever as so many obstacles are put in their way?