Kate Middleton was filmed making a rare moment of affection towards her husband Prince William as they met with the Aga Khan in London yesterday.

In the heartwarming footage captured on camera, the Duchess of Cambridge, 37, can be seen putting a tender hand on William’s shoulder as they appear to share a joke.

In other adorable photographs from the engagement, the royals can be seen exchanging intense eye contact before smiling and laughing together.

The couple have always acknowledged the Queen’s wishes for royal family members to avoid loved-up displays in public. 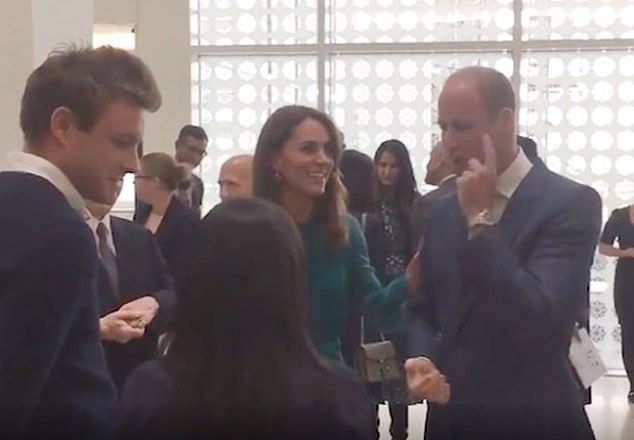 Kate Middleton, 37, was captured making a rare display of affection to husband Prince William as they met with the Aga Khan in London yesterday

Kate looked typically elegant in a £825 floor-length dress for the engagement with the Muslim spiritual leader at the Aga Khan Centre in King’s Cross.

The couple were hosted by the Aga Khan, 82, at an event to showcase modern Pakistani culture ahead of their official visit to the country later this month.

The duke and duchess are due to carry out a royal tour of Pakistan from October 14 to 18.

His highness the Aga Khan is the 49th hereditary imam of the world’s 20 million Shia Ismaili Muslims and a direct descendant of the Prophet Mohammed. 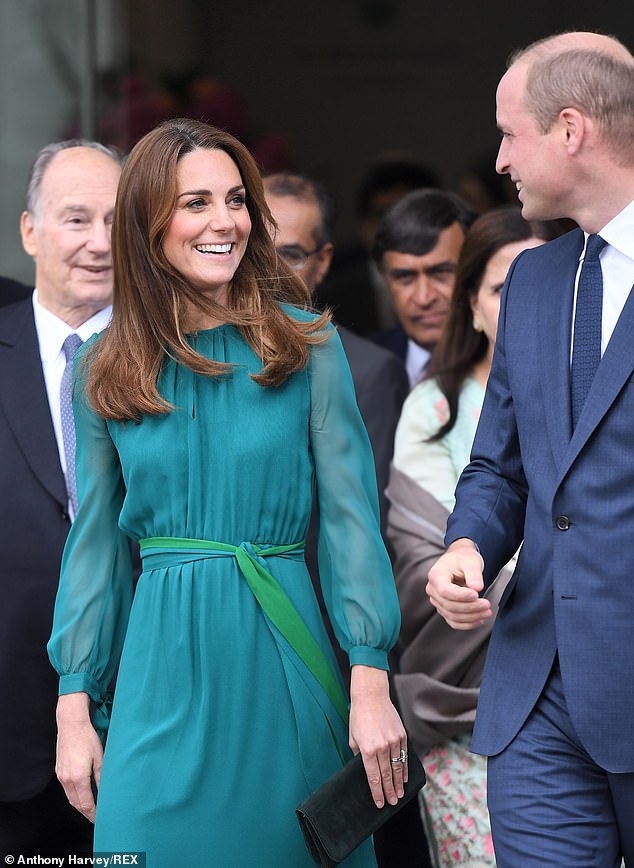 Kate and husband Prince William exchanged big smiles as they met a range of people from Pakistan, including community leaders, those involved in British and Pakistani business, and key figures within the Diaspora community, including musicians, chefs and artists 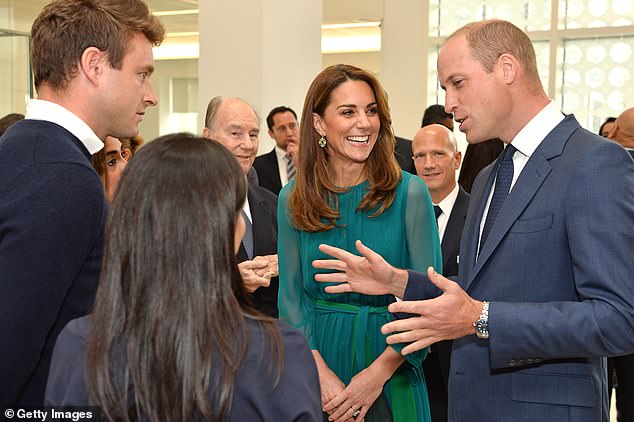 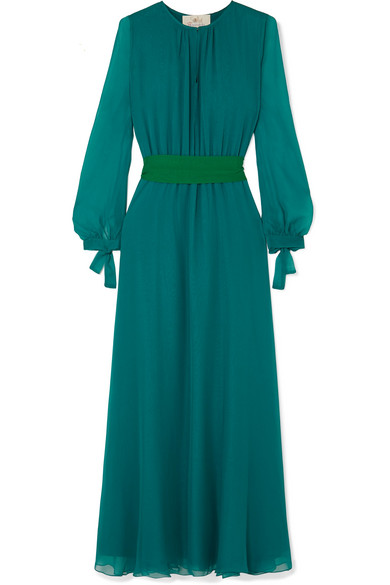 He succeeded his grandfather, Sir Sultan Mahomed Shah Aga Khan, as imam in 1957 at the age of 20.

The Duchess of Cambridge was perfectly polished for the engagement, plumping for a flowing teal dress by little-known label ARoss Girl X Soler, which has previously been worn by the Countess of Wessex.

The dress, made from silk-georgette, boasts a chic waist tie that flattered the royal’s figure and delicate button cuffs that added to its feminine charm.

The organisations work to promote understanding about Muslim cultures and to connect the public to global development issues. 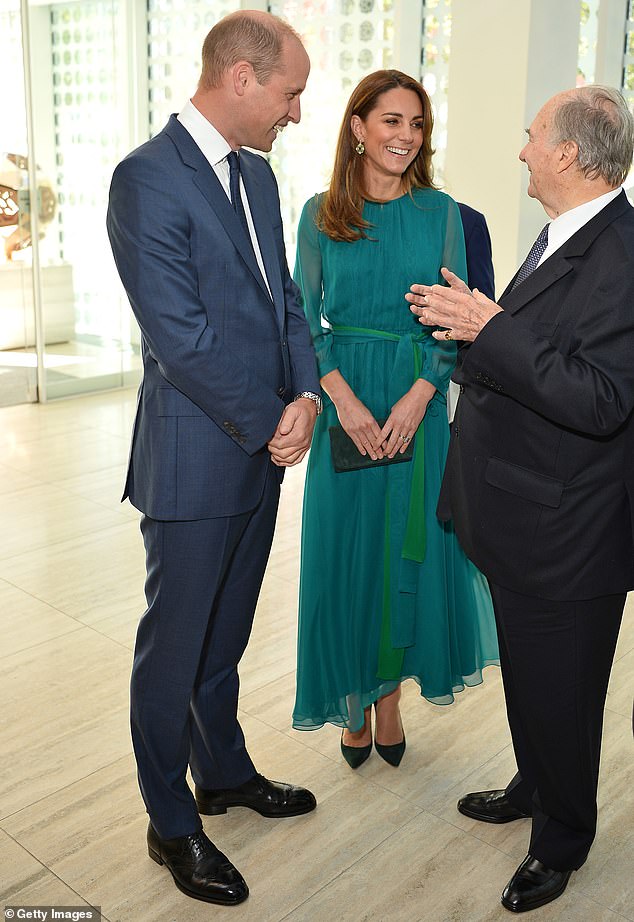 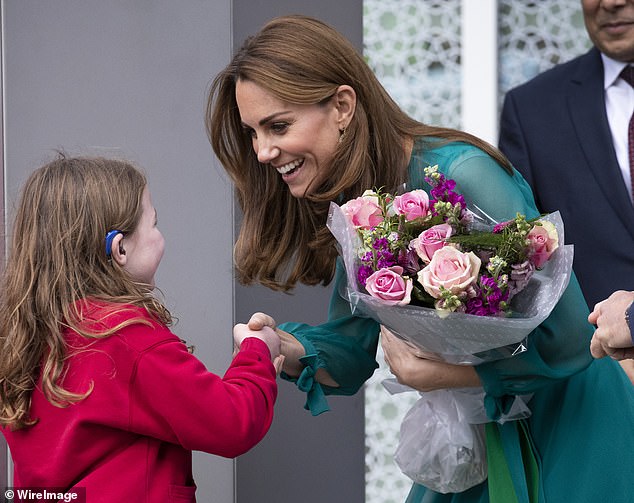