Rizzo, 43, who married Saget in October 2018, spoke about her loss during a Wednesday, May 12, panel of women who had all lost their partners.

“It’s like, he’s still my husband,” the Eat Travel Rock host told Amanda Kloots, whose husband Nick Cordero died as a result of COVID complications in 2020. “It’s not like, ‘Oh, he’s my former husband.’ It’s like … the relationship is different now. It’s just — it is what it is,” Rizzo continued.

The Full House alum was found unresponsive in January in a Florida hotel room. He was pronounced dead at the age of 65. In February, Saget’s family told Us Weekly, “The authorities have determined that Bob passed from head trauma. They have concluded that he accidentally hit the back of his head on something, thought nothing of it and went to sleep. No drugs or alcohol were involved.”

Rizzo told the panel how she keeps the How I Met Your Mother alum’s memory alive. “I mean, I still talk to him and have his pictures everywhere,” the Chicago native said.

Saget is survived by three daughters, 35-year-old Aubrey, 32-year-old Lara and 29-year-old Jennifer. The America’s Funniest Home Videos alum was married to their mother, Sherri Kramer, from 1982 to 1997.

While speaking on the panel, the travel blogger shared that her late husband’s three daughters recently visited her house, where they saw for themselves how much of a presence their father still is in her life. 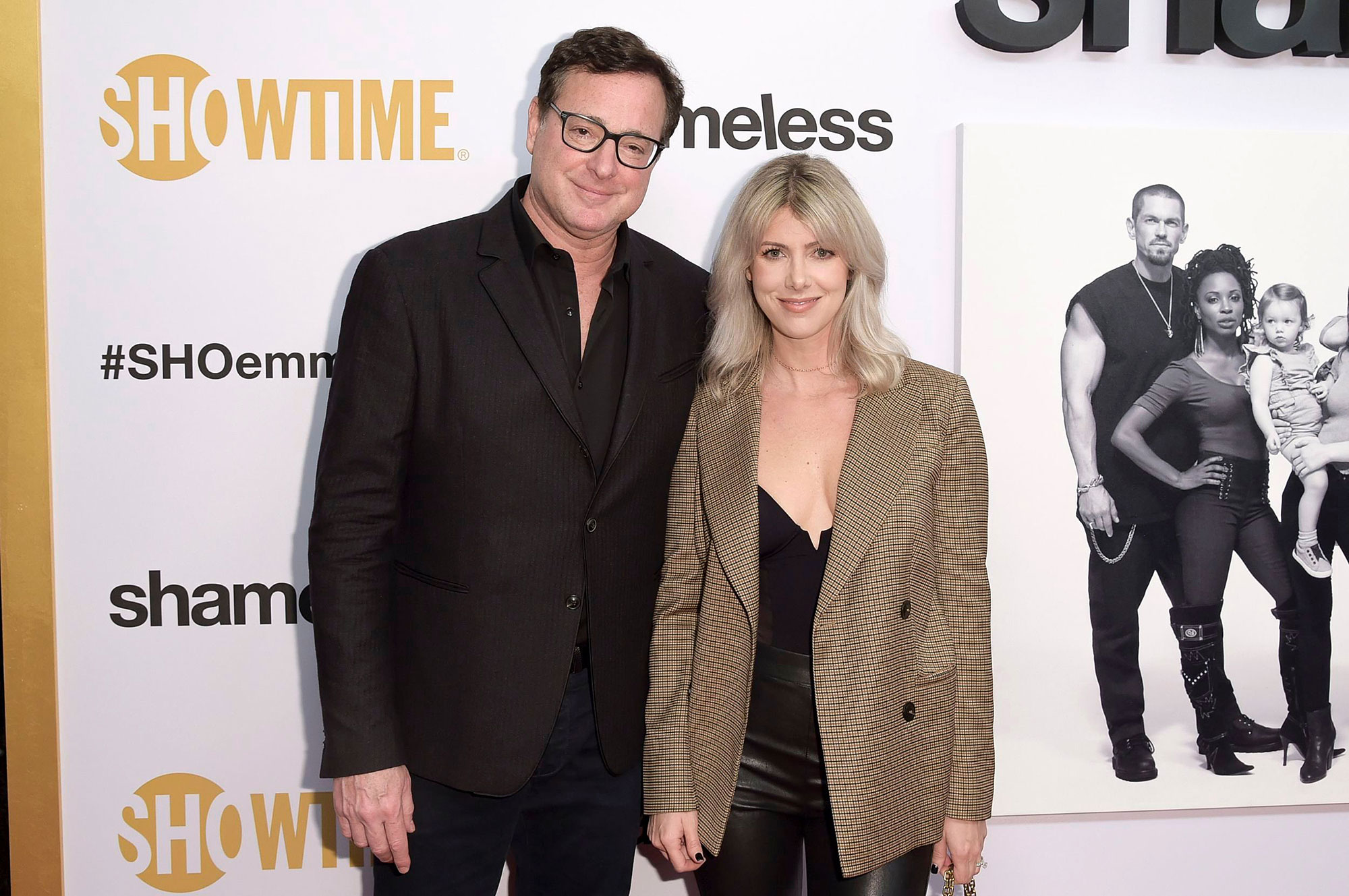 “His girls came to stay with me for, you know, the first time since I moved into the new house just this last week, and they walked in and I was like, ‘So it’s kind of like a museum to your dad, so don’t freak out but yes, he’s everywhere,’” she said. “And then they’ll catch me, like, talking to a picture every once in a while, and they’re like, ‘Stepmommy Kelly, are you OK?’”

In 2009, Saget told Parade, “The highest thing in my whole life is my daughters. I worship them! If everything in my life is raised to the level of how great they are, then that would be a great thing to have achieved.”

Before Saget and Rizzo got married, the bride-to-be told Us, “I’ve never met anybody like him. He keeps me on my toes, literally. He’s just a wonderful guy. He’s a comedian, so there’s never a dull moment! And all of his friends are just so fun because they’re just as fun and unique and complex as he is.”