North West and Kim Kardashian are the talk of Paris Fashion Week.

The mom-and-daughter duo have been spotted around the couture shows this week, with the Skims founder, 41, even gracing Balenciaga’s runway Wednesday (her 9-year-old sat front row, accompanied by grandma Kris Jenner).

Shortly after her catwalk cameo, the duo did a quick change for the Jean Paul Gaultier show, where they showed up wearing matching nose rings with long, dangling chains that connected to the rest of their gleaming silver jewelry.

They coordinated their clothing, too; North wore a pinstriped vest and pleated skirt, while Kim teamed her heavy metal choker with a striped dress featuring a bra-like nude bodice.

Momager Kris accompanied the pair to the show — and while she got the menswear memo with her double-breasted, bold-shouldered blazer, she notably skipped out on sporting a faux piercing of her own. 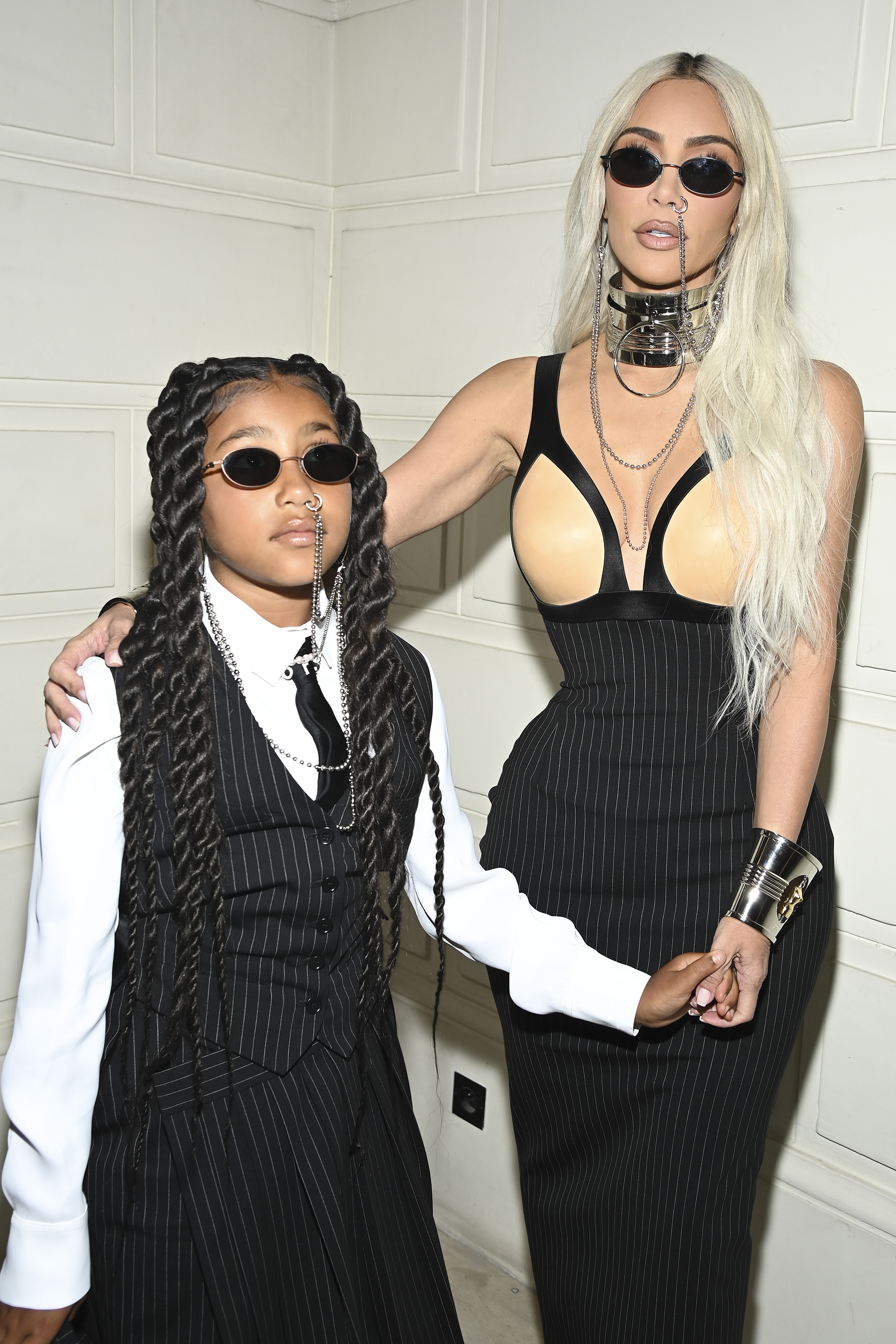 The facial bling may have been North’s idea; the youngster previously wore a fake nose ring to great-grandmother MJ’s 85th birthday in 2019.

And this is hardly the pre-teen’s first fashion show — North first joined her parents in the front row at Balenciaga and Givenchy’s shows back in 2014, when she was just 15 months old. She also performed at dad Kanye West’s Yeezy presentation in Paris in 2020, and has been seated next to Anna Wintour at several show over the years.

This time around, the trio of Kardashians took in pal Olivier Rousteing’s one-off couture collection for Gaultier. 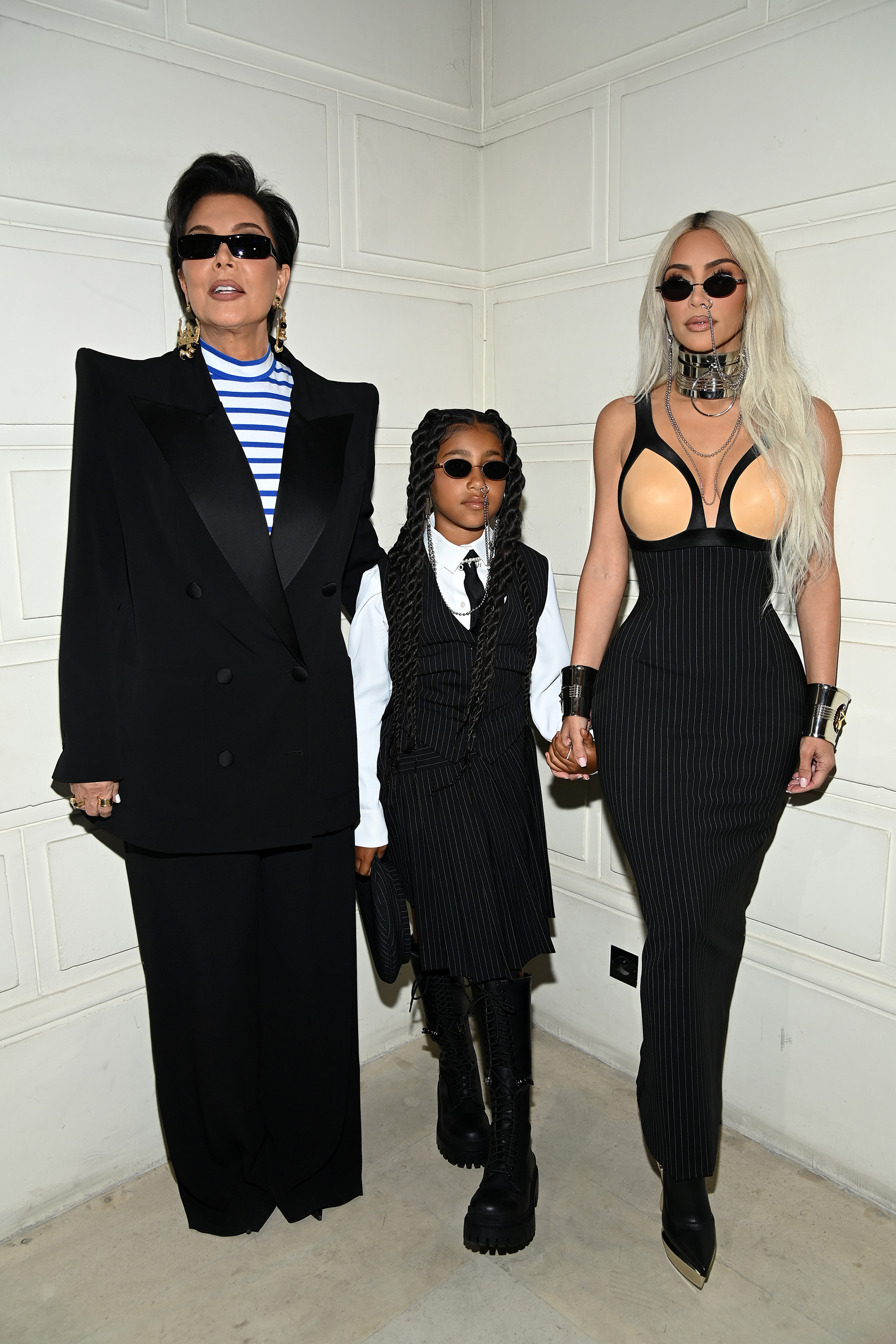 It seems like fashion is in North’s blood, as she has been styling her mother for years and apparently protests when Kim wears all black.

“North is very opinionated when it comes to what I’m wearing. She’ll always complain when I’m wearing too much black,” the reality star revealed earlier this year. 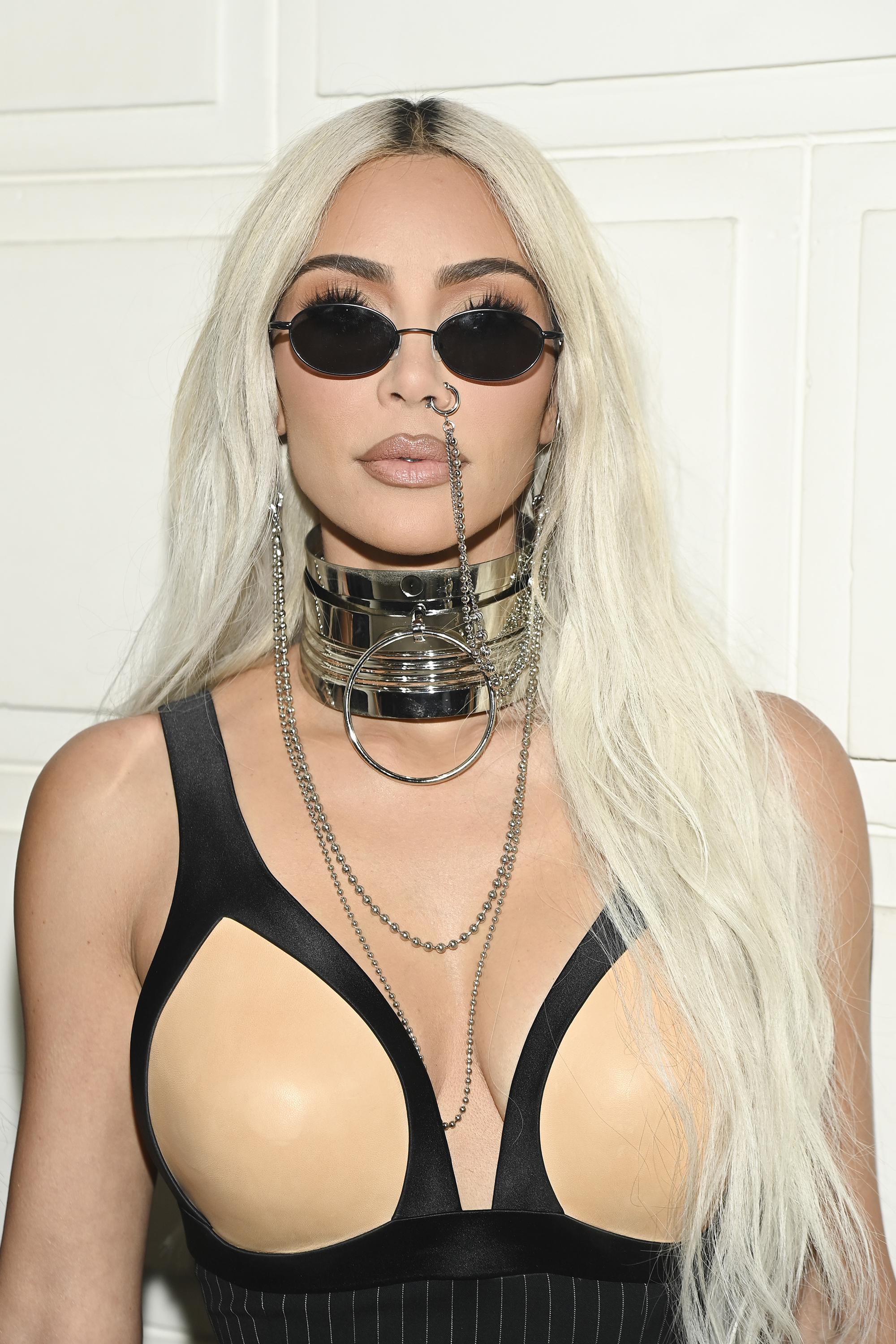