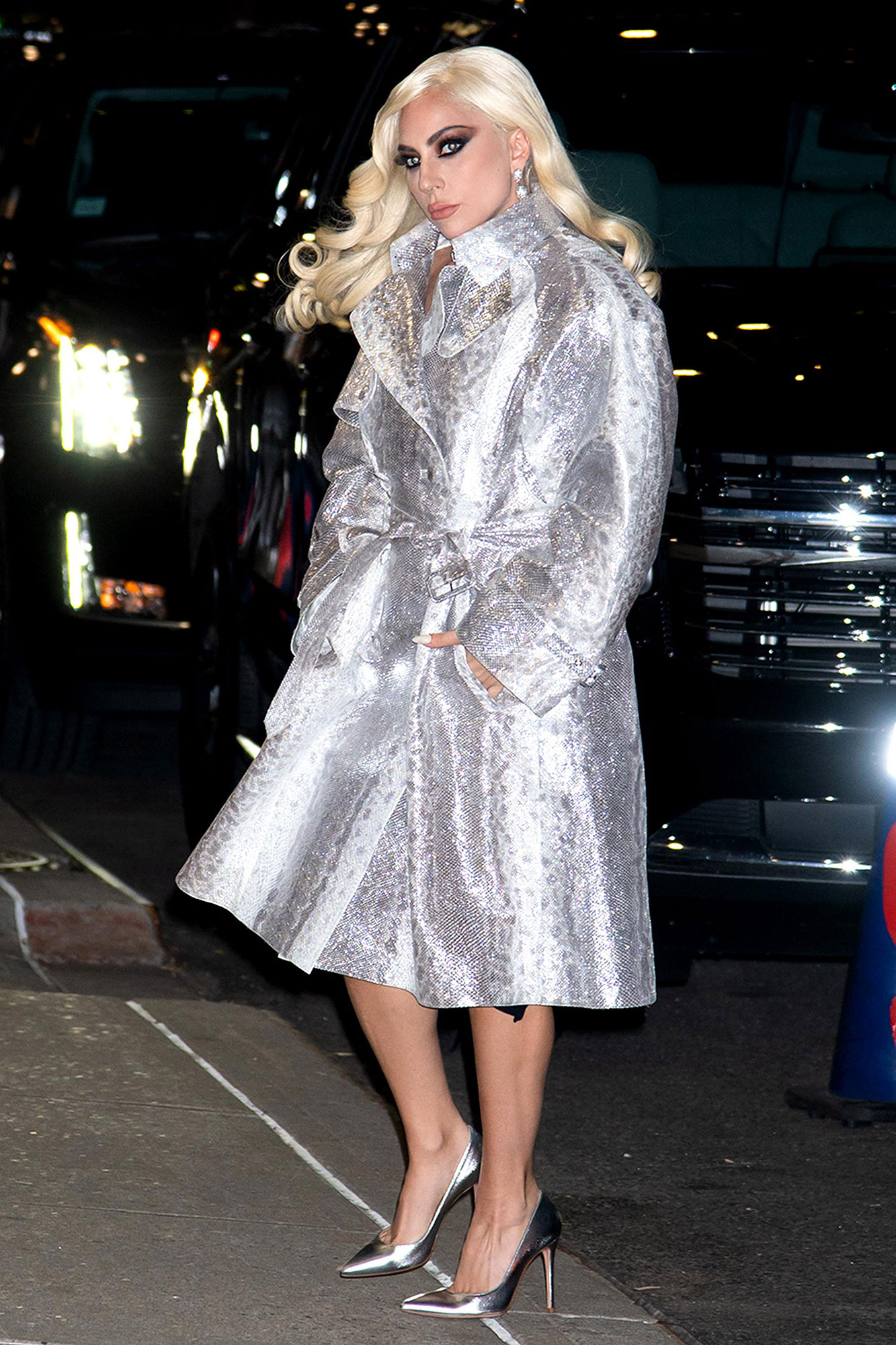 Windy weather! Lady Gaga suffered from a wardrobe malfunction while walking around New York City, but fear not —  she played it off like a pro.

Things started off all well and good. The 35-year-old star was en route to The Late Show With Stephen Colbert on Monday, November 15, looking fabulous as ever in a stunning Valentino gown and chrome pumps. Her platinum blonde hair was styled in big, bouncy curls and her makeup was smoky and sultry.

But, upon making her way to the car, she decided to give the fans a little twirl with the front flap of her black dress. Whether the wind is to blame or she simply flipped the fabric with too much oomph, the House of Gucci star ended up exposing her nude underwear. She’s good on the fly though and the mini malfunction lasted all of a second. And she looked cool and calm as could be all the while.

After all, she did intentionally flash her undergarments at the House of Gucci London premiere last week. For the big event, which kicked off the press tour, Gaga wore an absolutely stunning violet Gucci gown that was complete with draping, rushing and major cape that made for some seriously fabulous red carpet photo ops. 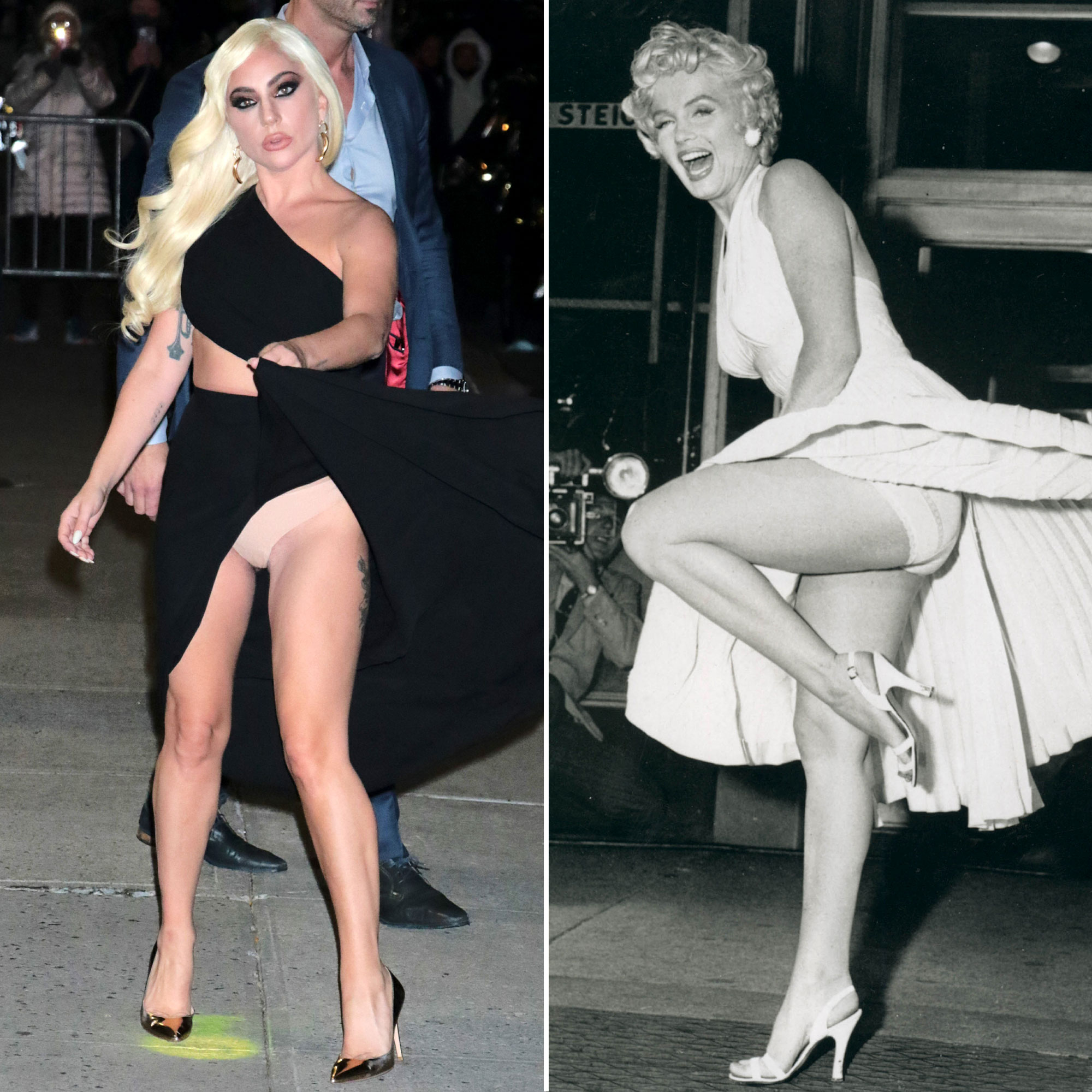 In the midst of all her twirling and posing though, she gave many peeks at her nude undergarments. While some believed the lace bodysuit to be part of the whole fashion statement, which also included fishnet tights and platform boots, others weren’t about the look at Gaga’s lingerie.

The actresses’ fashion-forward press tour comes after a very stylish stint filming as Patrizia Reggiani. Not only did she wear items from the Gucci archive for the film, but she also committed to changing up her hair color to get in the right mindset for the role.

Lady Gaga’s ‘House of Gucci’ Premiere Dress Has Us Speechless

“It was nearly impossible for me to speak in the accent as a blonde,” she said in an interview with Vogue. “I instantly had to dye my hair and I started to live in a way whereby anything that I looked at, anything that I touched, I started to take notice of where and when I could see money.”