Check out what’s clicking on FoxBusiness.com.

The largest white diamond to go to auction has sold for more than $21.75 million (21.6 million Swiss francs).

The 228-carat diamond, known as "The Rock," sold in Switzerland on Wednesday, during Christie’s Geneva Magnificent Jewels auction.

Christie’s had estimated The Rock’s value to be between $20 million and $30 million, FOX Business previously reported.

The diamond was acquired by an unspecified private buyer, The Associated Press reported. 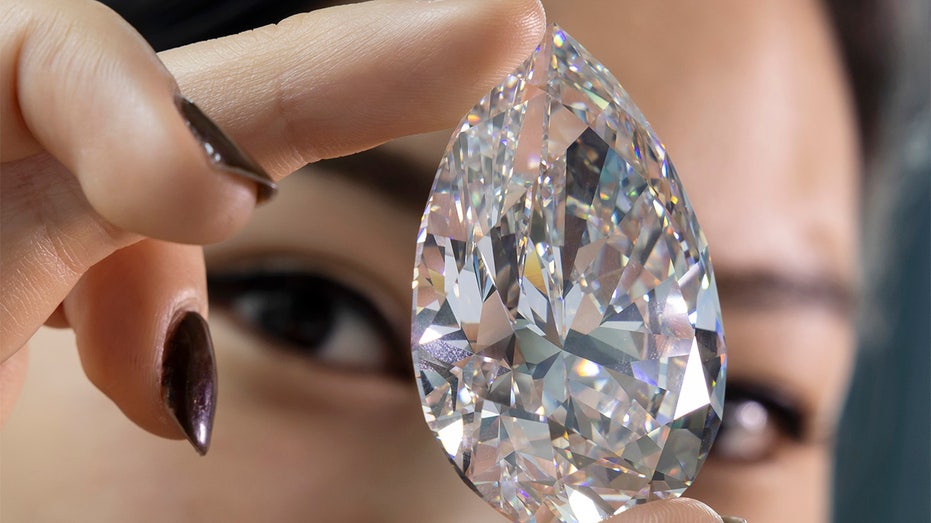 The Rock is a pear-shaped, G-color stone about the size of a medium hen’s egg. With its platinum pendant mounting, it weighs 2.2 ounces.

The stone was mined and polished in South Africa more than 20 years ago and was the largest white diamond ever to appear for sale at auction, according to Christie’s.

Christie’s prior white diamond auction record was a rectangular cut-cornered stone that weighed about 163.41 carats, which sold for $33.7 million in November 2017, FOX Business reported.

Another diamond that went up for auction on Wednesday was the "Red Cross," a 205.1-carat fancy yellow stone that was acquired by an unspecified private buyer.

Max Fawcett, the head of jewelry at Christie’s Geneva, told The Associated Press that there was a "huge amount of interest" in the Red Cross.

Fawcett also said an unspecified "seven-figure sum" from the proceeds of the sale would be donated to the International Red Cross Movement.

FOX Business’ Cortney Moore and The Associated Press contributed to this report.