“My heart is so sad by what’s happened for the communities that have been affected by this.”

The horror flick follows a group of five people, who all suffer from unique fears. At the beginning of the movie, Nam’s character, Johnny — who has robophobia, the fear of robots and artificial intelligence — is a victim of a racially charged attack.

In an interview with TooFab, Nam opened up about how “Phobias” highlights the hate crimes committed against Asian communities. This week, nine people were shot and eight people were killed at three different massage parlors in Georgia. Six of the victims were Asian women.

“In the opening sequence and titles, you have my character who looks like me, who’s Asian, and he’s being aggressed by people that start to pinpoint him … [and] other[ize] him and a racially motivated kind of interaction happens,” Nam began.

“My heart is so sad by what’s happened for the communities that have been affected by this. Right now, in the news, it’s been the Asian and Asian communities,” he continued, “but previous to this we’ve seen the rise of hate crimes towards — and in the news especially — to the African American community and then through the Latinx community [and] to women. It’s just been to kind of find a way to polarize a community, but I really believe the American community in my experience is about unity and it’s about inclusion.”

Nam then recalled a conversation he had with Joe Sill, who wrote and directed “Robophobia,” noting that they both didn’t have to “stretch far” to draw from their own experiences.

“My opportunity here as a filmmaker is to highlight the possibility of lives that can happen through storytelling,” he explained. “I remember speaking with [Sill], who is himself a person of color…he’s Asian.” 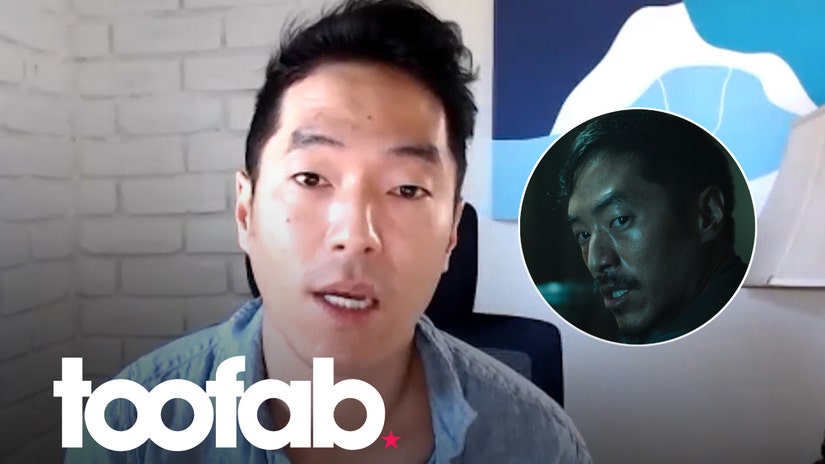 “I’m very grateful that the opportunity came to highlight this in this film and I do hope that people take away an entertainment value from this too,” Nam added. “We are able to show a make-believe version of what happens, but people can [also] take away the reality that this is affecting people in their community and that they can do something about it.”

The “Westworld” star went on to point out the “positive” things that are happening as well.

“I think there’s been a lot to say about the negatives,” Nam said. “One thing that I can definitely say is that I am so encouraged by the community that has reached out — different communities and what I call the American community as a whole. You see these different kind of communities reaching out cross-culturally through different areas and different networks to reach out to say that they also stand in solidarity together with those that are being oppressed.”

“I wanted to say thank you to those people and those organizers,” he added, before sharing that he has resources on his Instagram account.

Nam said people he’s worked with in the past have reached out to him.

“It’s just been really touching, hearing and feeling the love from people that I know that I’ve worked with, even those that I don’t know particularly very well, have been reaching out,” he told TooFab.  “[It] initially felt very overwhelming and very separate to me, it’s a strange feeling that you get when you feel being aggressed. It’s almost like an out-of-body numbness that happens. And so once I was able to acknowledge that this actually is happening and it is directed towards me, what can I do because they’re also reaching out for help [so] I started to pass it on and started to pay it forward and reach out to others. So I’m hoping that others can do the same.”

Meanwhile, TooFab asked Nam if there is a chance fans will see him pop up in Season 4 of “Westworld.”

“I love being on that show. It’s such a wild ride,” explained Nam, who had a recurring role in Seasons 1 and 2 of the HBO series and also appeared in an episode of Season 3. “I would be just thrilled to be a part of it. And I’m just as excited as you are, so we’ll see.”

Check out our full interview.

“Phobias” is out now on digital and on demand.