The viral hit, which stands out for its unexpected blend of hip-hop and country, has been streamed hundreds of millions of times, but the story behind its making, which begins in a village outside Amsterdam, is less known. It also spotlights a battle for creators’ rights that has been brewing in the music industry for decades.

As record sales dropped in the streaming age, music makers often did not get royalties from streaming services — an issue that advocates hope will be addressed with the implementation of the Music Modernization Act, which was passed by Congress in October.

Part of the issue was that if a streaming service couldn’t determine the copyright owner or, in many cases, owners, producers were less likely to get royalties. In the meantime, royalties remained in the hands of streaming services, as opposed to music makers. There were also roadblocks in registering the numbers of writers who could receive royalties under the copyright law.

But YoungKio, the Netherlands-based producer who wrote the beat for “Old Town Road,” has had an easier time navigating this confusing industry and getting credit for his work. Here’s the backstory behind the viral hit and why the rise of YoungKio and Lil Nas X is an example of success in the fight for creators’ rights.

YoungKio, whose given name is Kiowa Roukema, began making music in 2016. When he saved up the nearly $200 required for a yearly premium membership with Beatstars — an Austin-based digital music marketplace that promotes creator’s rights — he began uploading some of his beats online. 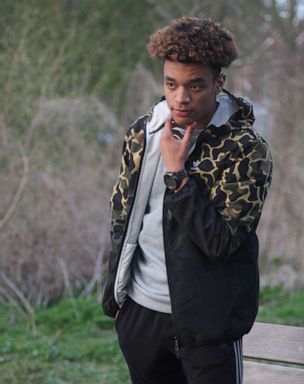 The 19-year-old produced the beat that became “Old Town Road” in June 2018 while sitting in his room in a village outside Amsterdam. But he told ABC News that he almost decided not to upload it to his digital store because it was “too different.”

He said he found an old Nine Inch Nails sample and thought it was “amazing.”

“It gave me this nostalgic feeling.” he said. “I thought, the composition is so great, I have to do something with it, so I used the sample. I started playing with it, chopping it up.”

The beat was so unlike “what’s hot,” according to YoungKio, that he “thought this is not gonna do well,” but on a whim, he decided to “upload something different for the sake of it.”

“That was the best decision I ever made,” he said. “If I didn’t, ‘Old Town Road’ wouldn’t exist.”

Lil Nas X, a little-known independent artist less than a year ago, purchased the unique beat from YoungKio for $30 in November 2018, with limited distribution rights. 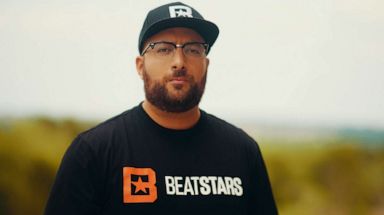 Abe Batshon, the founder and CEO of Beatstars, told ABC News that artists who use the company’s website have licensing agreements that are “formatted to make sure producers never lose their writer shares in any beats that are licensed out.”

Beatstars members pay a monthly user fee but they keep 100% of their sales revenue. And instead of having to wait for royalty statements, they get paid instantly and can license the same beat to multiple artists, the company said.

Other digital platforms advocating for creators include tracklib.com, an online record store that helps music creators sample and license original recordings, and sounds.com, a subscription service that allows music creators to create their own digital libraries with royalty-free samples, loops and more.

“In the contract [for ‘Old Town Road’] it states that I have 50% publishing for the song, and the other 50% is for the artist, so a big part of the revenue of the song is mine,” YoungKio said.

Other beats sold on the platform include music for hits like Future’s “Selfish,” featuring Rihanna, “Queen Naija’s “Medicine,” and Joyner Lucas’s “I’m Not Racist.”

Once “Old Town Road” took off and Lil Nas X signed a major record deal, he negotiated a new agreement with YoungKio, and, according to the producer, his rights as a creator were protected.

Representatives for Lil Nas X did not respond to ABC News to comment on this story.

“The contracts are one of the best things Beatstars have,” YoungKio said. “You already know the stories about somebody selling the beat and it going up and the producer not getting anything. If I didn’t have the contract, everything could have ended up being way different for me with this song.”

Singer-songwriter Breana Marin, who is one of the platform’s top-selling users, told ABC News that the legal side of the music industry is “kind of like the Wild, Wild West,” but the rise of both Lil Nas X and YoungKio is an example of how digital innovation is helping producers navigate a confusing and difficult landscape.

“Online has taken away a lot of the gatekeepers that keep a lot of people out of the scenarios that they want to be in,” she said, adding that it is now possible to make money anywhere — not just cities like New York or Los Angeles. “When I started doing the hooks I started getting exposed to so many people that I never even fathomed would be hearing my voice. Because it’s passive income, you could be anywhere.”

After “Old Town Road” was released on SoundCloud on Dec. 2, Lil Nas X, whose given name is Montero Lamar Hill, leveraged the power of social media and the humor of memes to promote it.

In fact, YoungKio first stumbled across “Old Town Road” when someone alerted him to a meme of Lil Nas X dancing to the track — the song included his producer tag. At the time, “Old Town Road” was not on Spotify, Billy Ray Cyrus was not yet featured on it and it had only about 7,000 streams.

“I searched [Lil Nas X] on Instagram and I [direct messaged] him and I said, ‘I like this song, you bought the beat, obviously. I want to promote it,'” YoungKio said.

For months, the two promoted the song on social media with a series of memes that went viral and as song climbed to the top of the charts and Lil Nas X has repeatedly given credit to the young producer on social media.

But according to YoungKio, it was the rapper who gave the song a cowboy theme and that’s what “really pushed it to the top.”

“I wasn’t thinking I’m going to make a country/hip-hop beat. I did it because it sounded beautiful,” he said. “[Lil Nas X] personally took it to that level … the country part was all him. Being an artist is about hearing everything that’s possible.”

By February, “Old Town Road” was blowing up.

DJ Pain, an advocate for creators’ rights who has worked in the music industry for over a decade, said that digital platforms like Beatstars, coupled with the power of social media, have empowered independent producers who no longer have to rely on big record labels to promote their work.

“Thirty years ago, $30 of production won’t get you anything. Because of barriers, disseminating that music would have been impossible, but with social media it’s free to distribute your music to potentially millions of people and that’s something that I find encouraging as an independent,” the producer, who has worked with artists like Jeezy, Ludacris and 50 Cent, told ABC News.

“‘Old Town Road’ is a great example of that,” he added. “Look at what it’s become. It changed both of their lives in a big way.”

‘When the song gets big, you’re coming with me’

“Old Town Road” began getting mainstream play in February, and it topped the Billboard Hot 100 chart for the first time on April 13 — before Lil Nas X and YoungKio had ever met.

As the Atlanta-based artist and the Dutch producer struggled to promote it, YoungKio said Lil Nas X promised him one thing: “When the song gets big, you’re coming with me.” 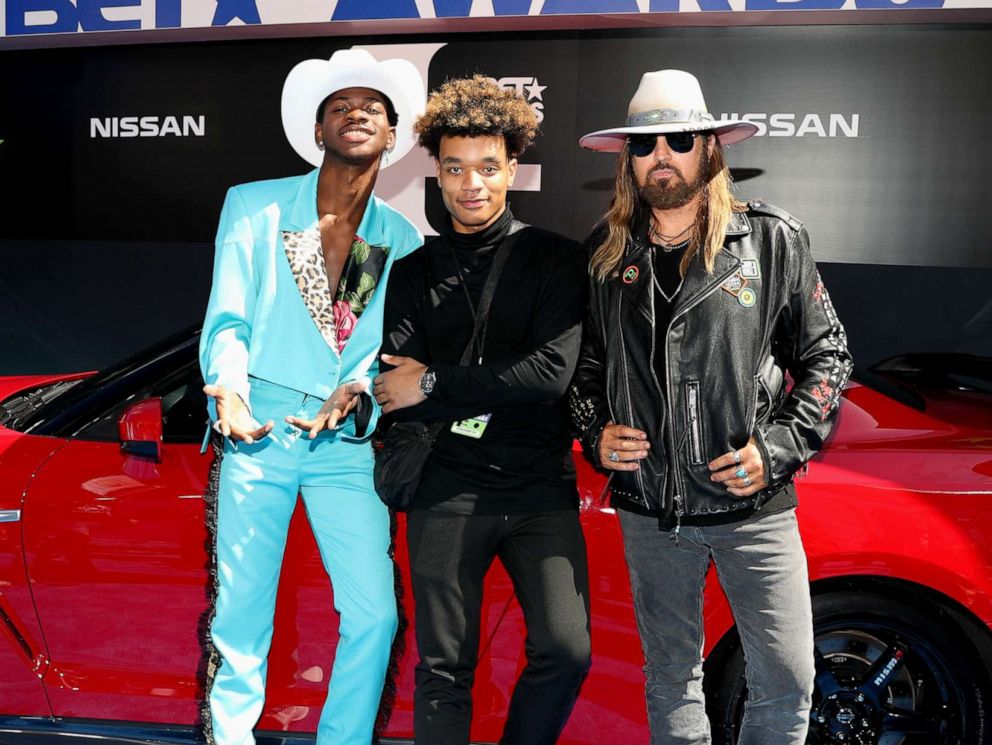 And that’s exactly what happened.

The two met in person for the first time in late April when the rapper flew YoungKio to Los Angeles to the set of the video shoot for “Old Town Road,” alongside Billy Ray Cyrus.

Lil Nas X signed with Columbia Records in March and YoungKio signed a contract with Universal Music in June.