Mother reveals her son, five, is only happy when he’s wearing dresses and lipstick – and says she’s determined to teach him that he doesn’t have to conform

A mother-of-three has revealed how her five-year-old son has embraced his love of make-up and dresses, and is not truly himself when wearing boys’ clothes.

Rebecca Gill, 35, a cleaning business owner from Essex, told The Mirror that her son, Charlie, asked for a dressing table and make-up for his last birthday, and it made her middle child the happiest he’d ever been.

She added that he’s always speaking about lipsticks and what shade he wants to try next, and joked that he’s better at applying make-up than she is.

Rebecca, who has three boys, is proud of her son – who loves to wear flowing wigs – for embracing his identity, and said she wants to show him that he doesn’t have to conform.

But she admitted: ‘Charlie is one of my babies and is extremely sensitive, so naturally I worry about what he will be exposed to in the future.’ 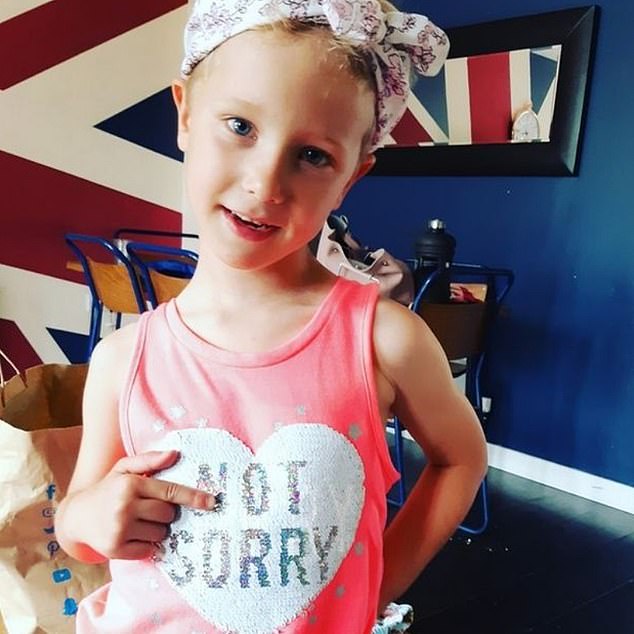 Charlie Round, five, from Essex is happiest when he’s wearing dresses and make-up, his mother Rebecca, 35, has revealed 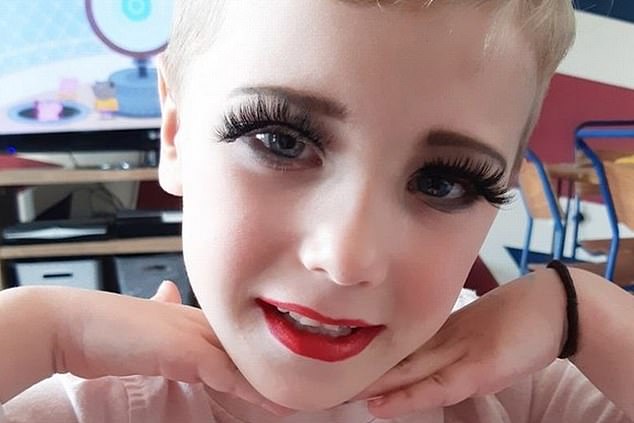 Proud mother Rebecca joked that Charlie, five, applies his make-up (pictured) better than she does

She explained that things are fine for the time being, while her son is growing up in a safe environment, without hate or prejudice, but is aware they might not stay the same for ever.

The mother added that her son’s demeanor changes when he wears dresses instead of traditional boys’ clothes.

‘When Charlie is dressed as a “boy” he doesn’t appear very happy. Don’t get me wrong he’s not miserable, but when he’s wearing a dress, wig and make-up he really comes alive,’ she explained.

She added Charlie would get instantly relax while wearing dresses, and will often start to sing and dance. 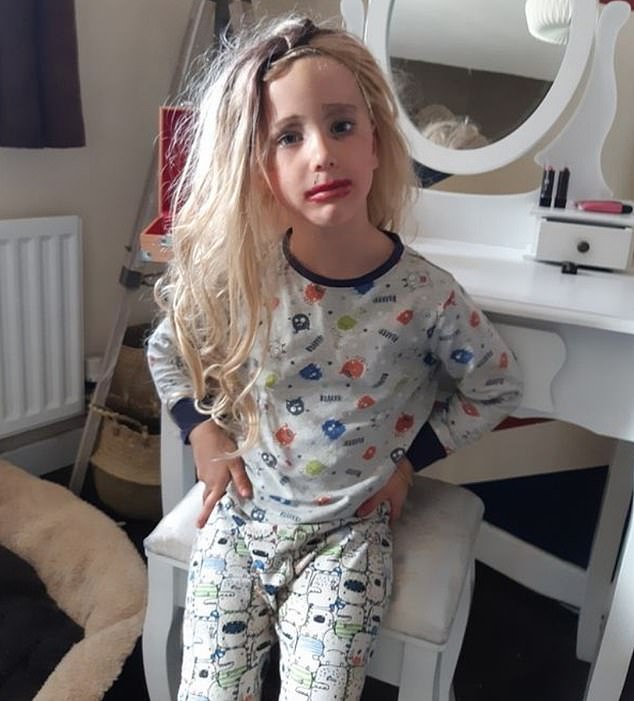 For his birthday, Charlie asked if he could get a dressing table and some make-up (pictured behind him), and Rebecca said it made him the happiest he’d ever been 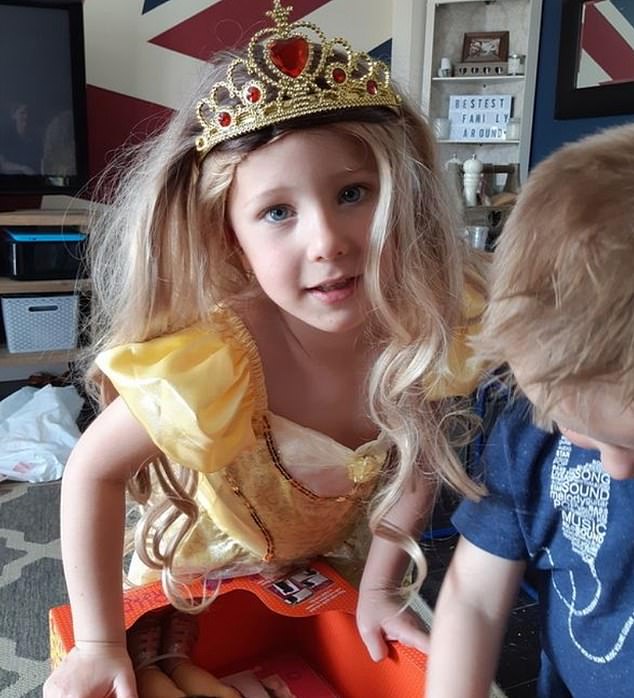 Rebecca believes his interest in cosmetics was sparked by watching her do her own makeup, and he would often ask questions about what products she used and what they were for.

And she said her son is a fun-loving and sweet young boy, ‘easily brought back from tears when presented with something sparkly.’

Family reaction has been mainly positive, apart from a few comments arguing that the boy was just going through a ‘phase,’ or some teasing the boy about liking objects stereotypically intended for girls. 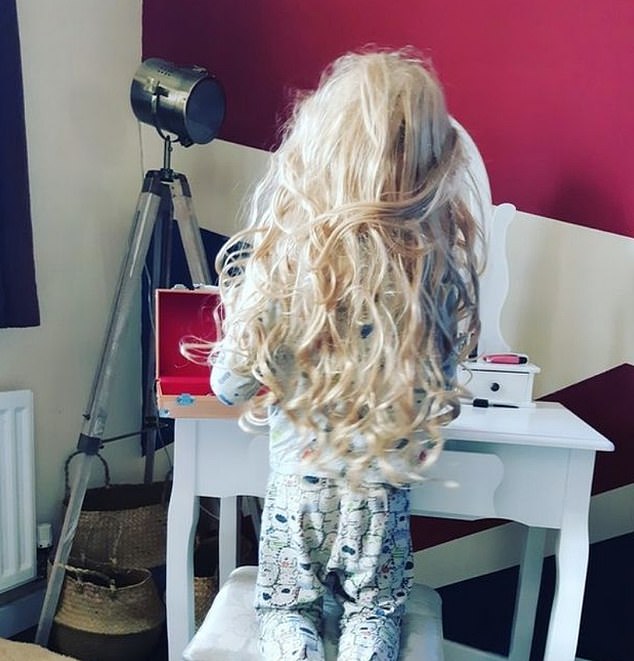 The mother added that her youngest son Ronnie, three, treats his brother as a girl, and Charlie doesn’t correct him on this.

Rebecca said she feels lucky that friends are very supportive, and said Charlie had taught her to become more open-minded.

The mother said she hoped to teach her son that it’s OK to be different and that he doesn’t have to conform to things that make him unhappy or uncomfortable.