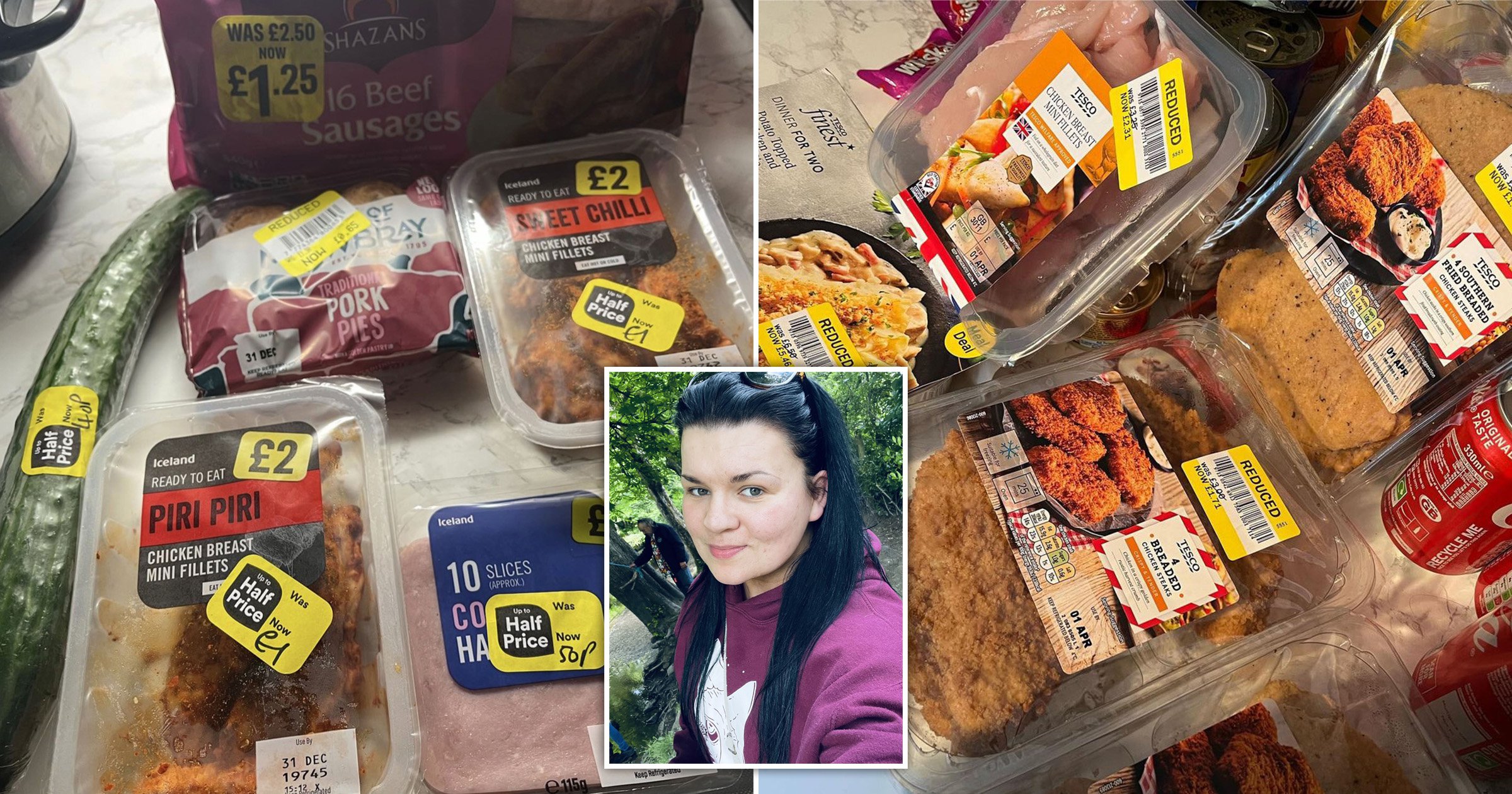 A mum of two is left with only £27 per week after paying her bills as a result of the cost of living crisis.

Stacey Victoria, from Huddersfield, has seen her electric bills rise from £102 to more than £150 per month, alongside soaring gas prices too – despite ‘not using any extra energy’.

In total, she forks out almost £300 per month on gas and electric bills.

The 35-year-old is left with no choice but to shop in the reduced section in supermarkets.

To cope, she’s had to get savvy with her spending, hunting down yellow sticker deals and reduced price buys.

As a result, she’s managed to cook meals costing no more than £1.40 per head.

‘The rising costs of everything have affected me massively,’ Stacey said.  ‘It has given me more of a drive to cut costs even more than I already have.’

Stacey shops around weekly to find the best bargains possible – and can make her family meals from as little as £1.33 per head a day.

She said: ‘By living on reduced and free grocery items, I’m able to have that little extra saved on the side for any surprise extortionate bills. 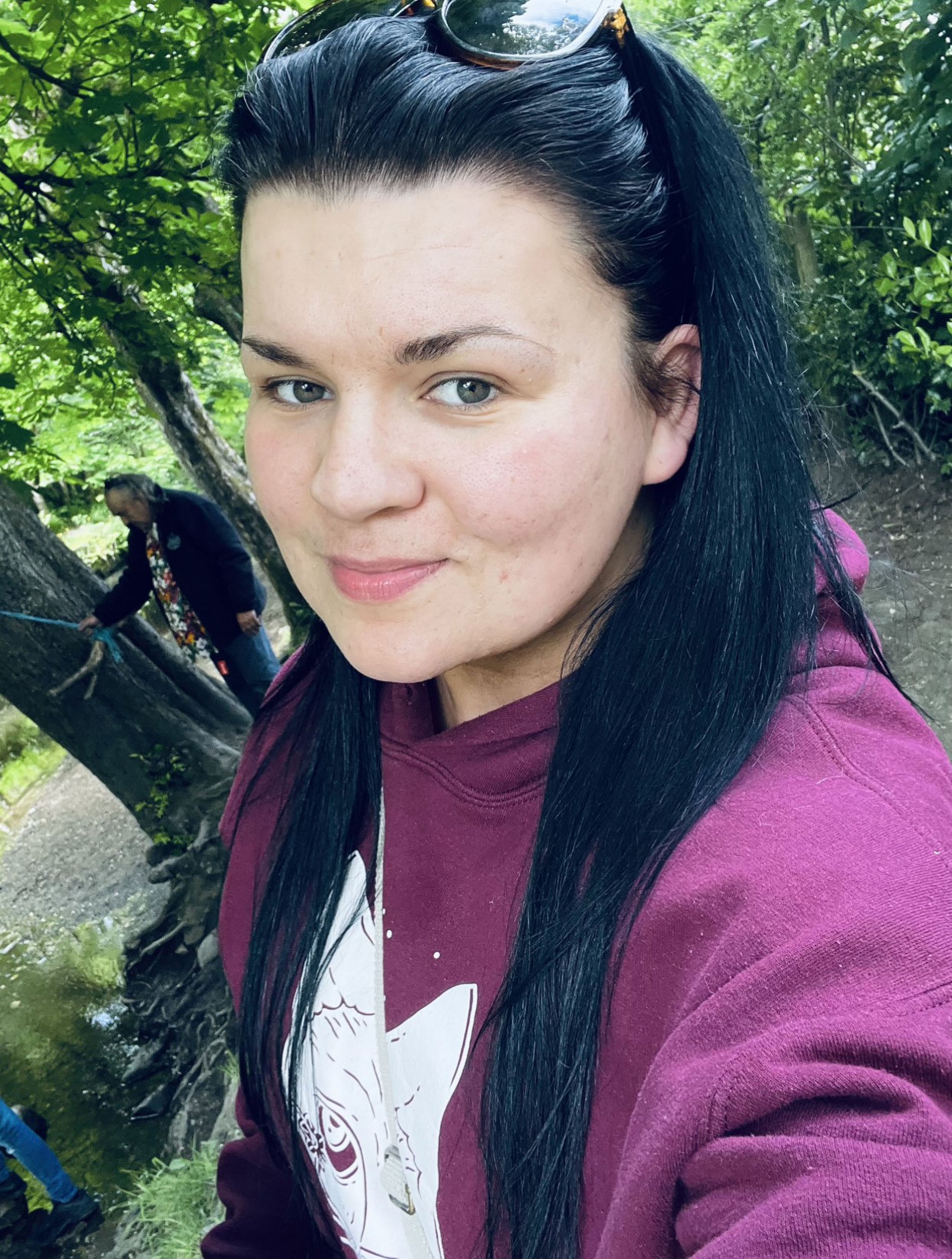 ‘A pack of reduced mince costs around £1.88, a big bag of Jersey potatoes costs 90p, and other reduced vegetables (such as carrots) can cost 20p a bag, or even less than that if you get a single carrot.’

The mum adds the ingredients along with leftover gravy from a slow cooker pork roast, and can make the meals ‘go quite far’ if she bulks them up with vegetables. In total, this costs her £3.

Other examples of reduced items that Stacey has picked up include organic milk for 17p, gluten free bread for 30p and a six-pack of chocolate mousse for just 57p.

For lunchtime, she looks out for Tesco reduced sandwiches, which cost about 50p each. She prefers the three tier ones, which can then be shared with her daughters.

Stacey also bulk buys reduced items, as well as batch cooking and bulking up meals to make them stretch much further.

‘I have four freezers, so I love it when I can bulk buy things like bread and milk, as they can last quite a while when frozen,’ she said.

She finds that freezing meals works out quite well if she’s made too much of something, or has made a variety of meals from one item, like with minced beef.

Stacey’s ‘best haul’ to date was an £81 shop that only cost her £21, as everything was reduced.

Her secret to making pounds stretch is bulking meals with vegetables to make the meals bigger and healthier.

‘I tend to bulk up a lot of the fresh meals I make with vegetables so that it will go further,’ Stacey said. ‘I find that lots of fruits and vegetables get reduced before they are thrown away.

‘I got an aubergine from a petrol station for just 2p which I was able to make a chunky vegetable curry with.’

As an Olio volunteer, Stacey gets to keep 10% of the items she picks up from shops and local eateries but also loves to share meals with the wider community.

‘I collect quite a few bits from Tesco on the Olio app and have received some really good items like a pork joint, potatoes, and pasta,’ she added.

‘I ended up making some pulled pork sandwiches and pulled pork pasta with my Olio haul recently, and put it back on the app – they got snatched up immediately.’

Stacey’s savvy habits extend further than her grocery shop, from using sites such as Groupon and loyalty schemes like Tesco Clubcard.

She’s ‘always’ on the hunt for vouchers and freebies.

She said: ‘‘With Tesco Clubcard, you can exchange your points for theme park tickets as well, which is really useful for days out with the girls.

‘If I see an advert for a freebie, I’ll usually do the survey for it.

‘I have actually just got a free £10 voucher for filling in a survey that came through the post.’

Stacey once bought her daughter an iPad through Groupon, which cost her only £37.

‘You have to wait a little longer for the items to be posted, and sometimes they’re not in the best condition,’ she says.

‘But it was the perfect gift, as it didn’t cost an extortionate amount, and my girl loved it.’

She now tries to share her budget tips and tricks via social media via @eating_fresh_on_a_budget to help other struggling families.

If you want more tips and tricks on saving money, as well as chat about cash and alerts on deals and discounts, join our Facebook Group, Money Pot.