The Swedish supergroup ABBA is making music again. After a four-decade interregnum the band has released two new songs, announced plans for a full album in November and been “de-aged” using Hollywood CGI trickery as part of a new virtual concert experience which will launch in 2022.

The two new songs I Still Have Faith In You and Don’t Shut Me Down are pure ABBA in their sound. Surprising, perhaps, given the band split in the early 1980s and has not recorded new music in the four decades since. 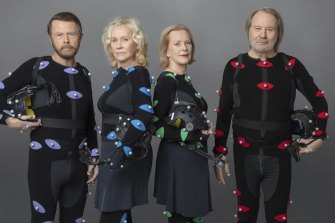 Just a few bars into I Still Have Faith In You and you can almost hear the clock slowly turning back. To a simpler time. When blue was the eyeshadow colour of choice. And silk cat dresses in blue and gold ruled the world. All we need is a campfire and some humming, and strumming, and we could be arm-in-arm singing Fernando.

The elegance and simplicity of I Still Have Faith In You and Don’t Shut Me Down certainly make them musically distinct in an era where popular music is dominated by sampling, editing and studio re-processing. Music nowadays feels packaged, even if it is not.

The uplifting lyrics – “The joy and the sorrow / We have a story, and it survived” – are also the kind of tonic that talks to the times. It would be glib to suggest a couple of new ABBA songs can save the world. But they are certainly restorative, at a time when we’re all feeling the pain.

ABBA reminds us that the real art of music lies in the very basic tools of the trade: a good melody and catchy lyrics. Which is not to say that ABBA’s music lacked complexity, or studio handling. It has always had big serves of both. 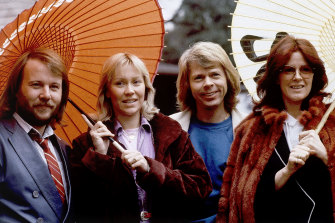 The magnificence of their art, exemplified in I Still Have Faith In You, is the manner in which the simple melody and lyrics become a misdirect for the fact that the song itself has been engineered to perfection in the hands of instrumentalists and songwriters Björn Ulvaeus and Benny Andersson, and given the breath of life by one of the finest singing double acts in pop history, Anni-Frid Lyngstad (Frida) and Agnetha Fältskog.

Both songs are rich in sentiment, but it is I Still Have Faith In You that strikes the deepest chord. ”I still have faith in you, I see it now / through all these years, that faith lives on, somehow,” Lyngstad sings. “There was a union, of heart and mind / the likes of which are rare and oh so hard to find.”

Those words could be speaking to the band’s reflection on its own success, the lighting strike of romance and professional intrigue which brought them together in the early 1970s. Or perhaps to the loyalty and endurance of ABBA’s fandom, a flickering candle in the darkness over five decades that nothing could extinguish.

Here Fältskog’s voice, richer and more mature than it was the first time around, leans into the melancholy that made songs like The Winner Takes It All and The Name of the Game mesmerising.

Both songs are a genuine surprise. Most music historians separate ABBA’s music into two periods: the catchy early disco of Waterloo and Dancing Queen, and the boppy dance energy of Voulez Vous and Gimme Gimme Gimme. The expectation would have been that ABBA’s new songs would play to one or the other, but I Still Have Faith In You and Don’t Shut Me Down seem to belong to neither.

There is also something starkly honest in the lyrics. Modern music stars are packaged for their public. ABBA actually lived their lives in their lyrics, from the giddy youth of Dancing Queen, to the darker ballads that defined their then-final chapters, Slipping Through My Fingers and The Winner Takes It All.

Moreover, the songs are the confirmation of an almost 50-year-old contract with ABBA: a good faith agreement of love and loyalty that neither party has reneged on. We never lost our faith in them. And now, as the story comes full circle, they never lost their faith in us.