The cheek! Online shoppers reveal the bizarre listings they’ve spotted from shameless sellers – from a ‘teddy bear with teeth’ to a scribbled-on chest of drawers marked as ‘new’

Not all second-hand finds are bargains, as these shoppers have learned.

People from the US, Canada and from around the UK have shared the most outrageous items people have tried to sell online on the trivia website Nature World Today.

Horrifying products for sale include a Harry Potter doll with glasses made of human teeth for $33, and a ‘handcrafted’ statue of Big Foot going for $800.

Also for sale, a bizarre thrift shop painting of seagull shooting lasers from their eyes and a coffin.

Here, FEMAIL shares some of the weirdest examples… 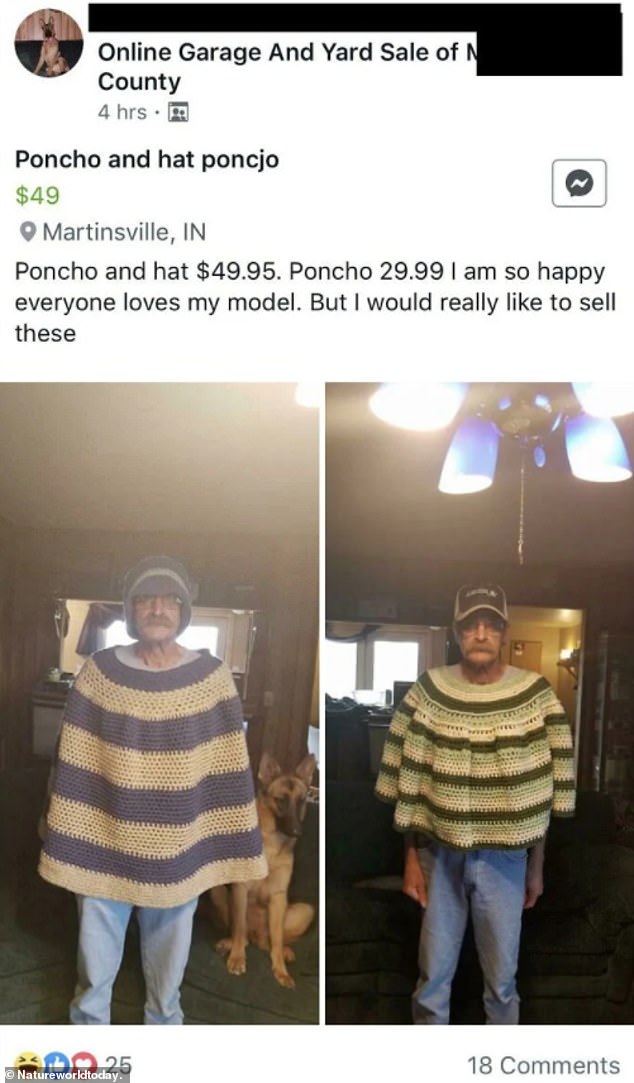 People from the US, Canada and from around the UK have shared the most outrageous items people tried to sell online. One woman from the US used her husband to model her ponchos 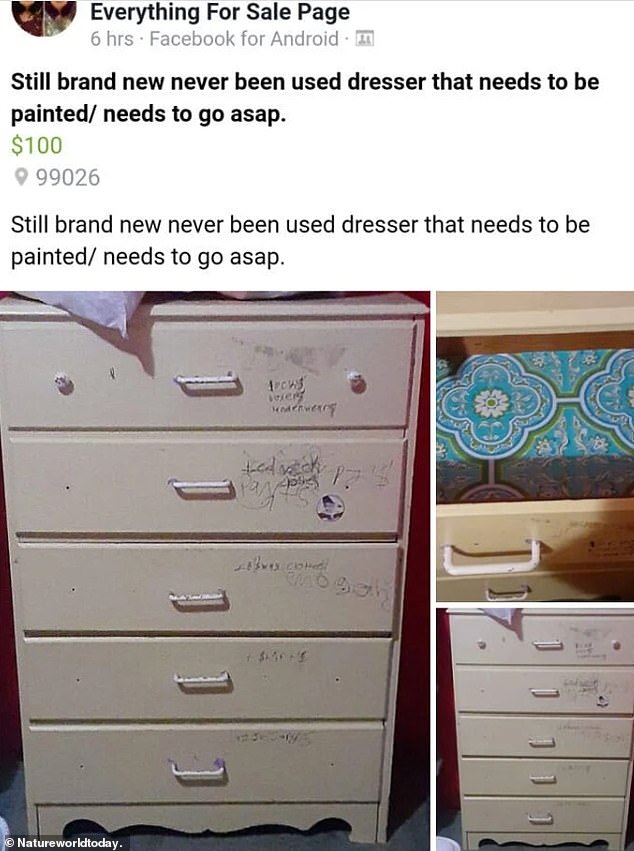 One person from the US tried to sell this obviously old and use chest of drawers as ‘new and never used’, saying it just needed a coat of paint 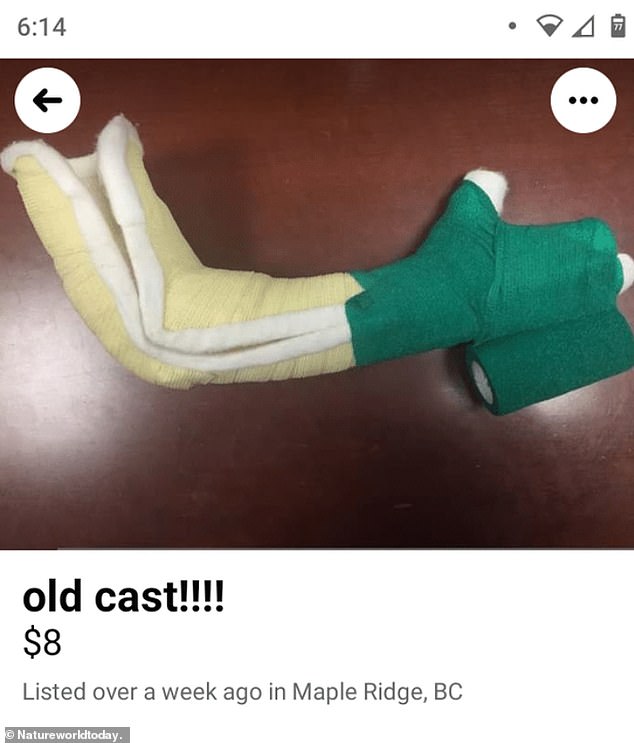 A British Columbia resident decided to sell their old cast for C$8, hoping would someone would buy it 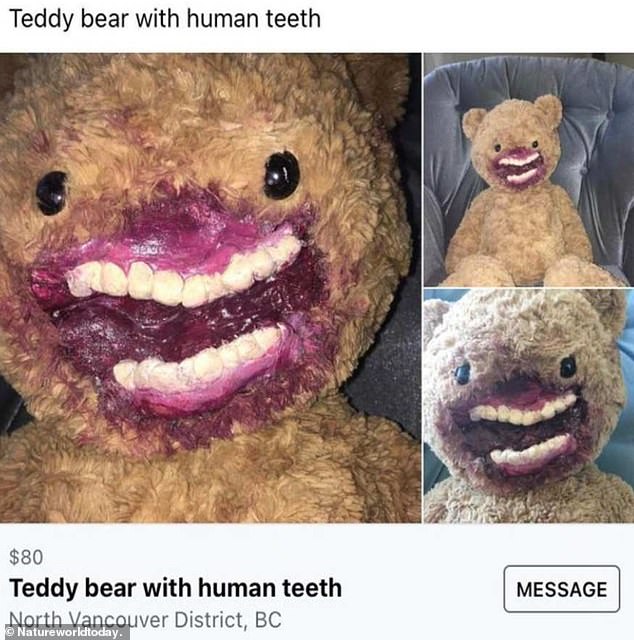 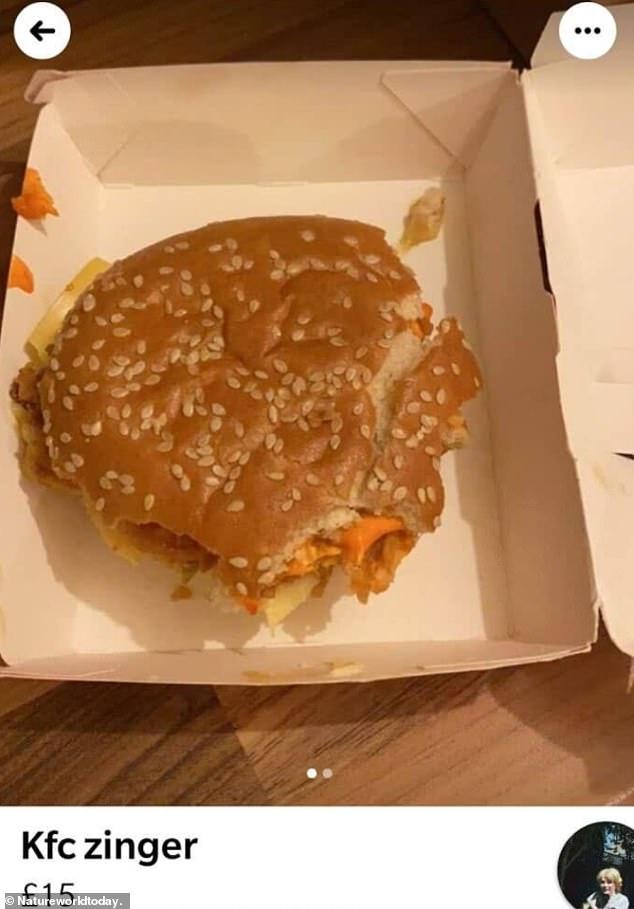 Who would wanted to fork out £15 to buy a half-eaten KFC Zinger burger? That would go straight in the bin, though 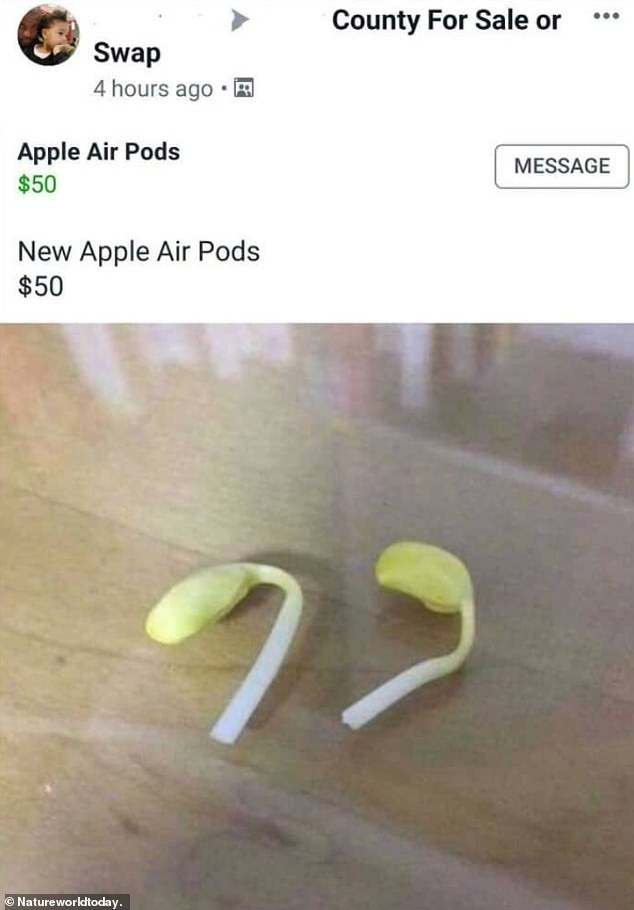 A cheeky seller tried to pass bean sprout as AirPods, selling them for $50 in the hope no one would notice 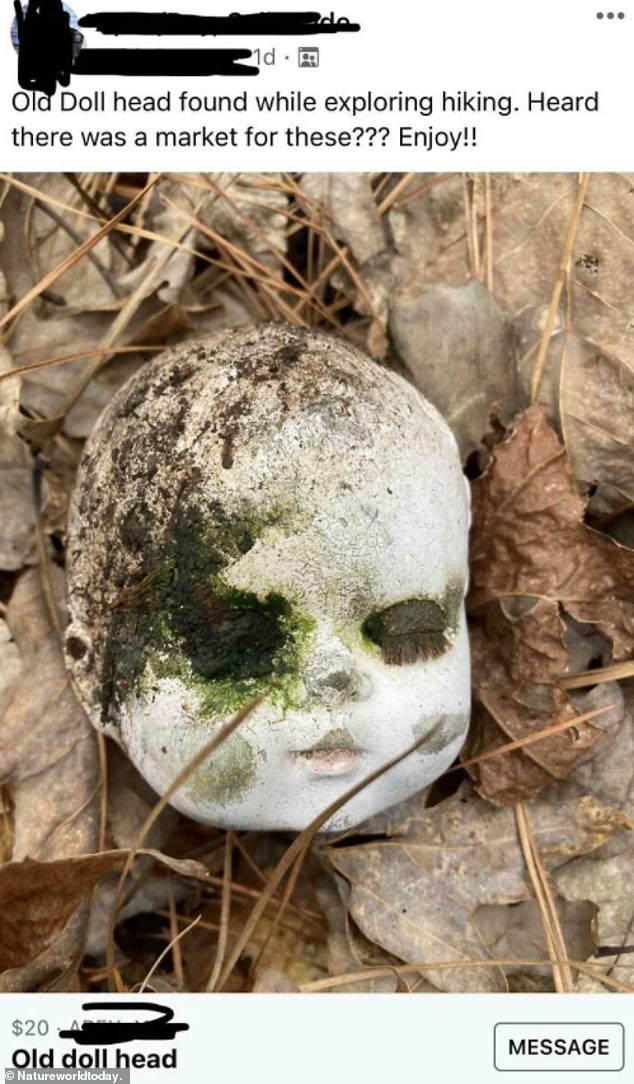 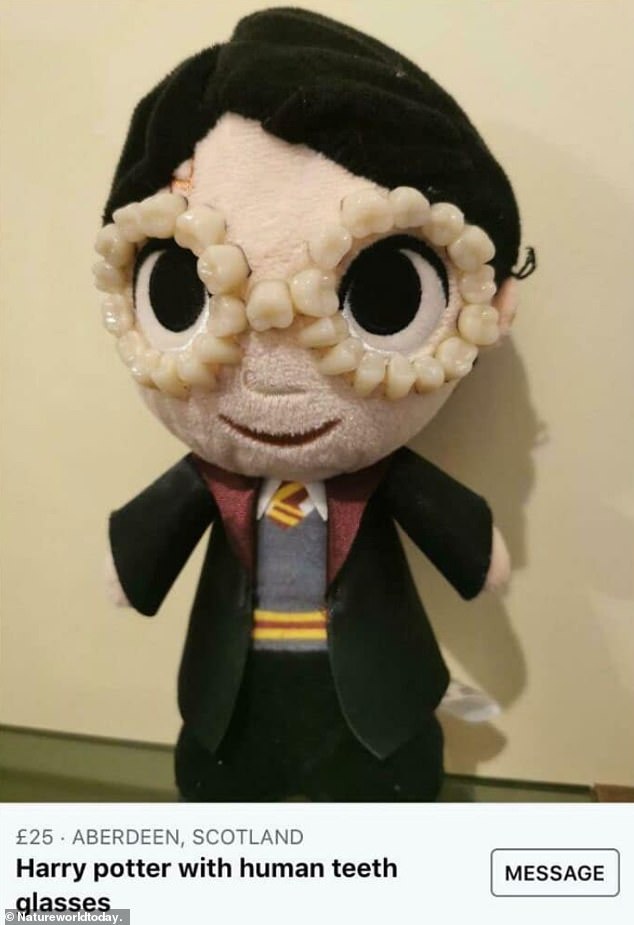 In Aberdeen, some was selling this horrifying Harry Potter soft toy with glasses made of human teeth 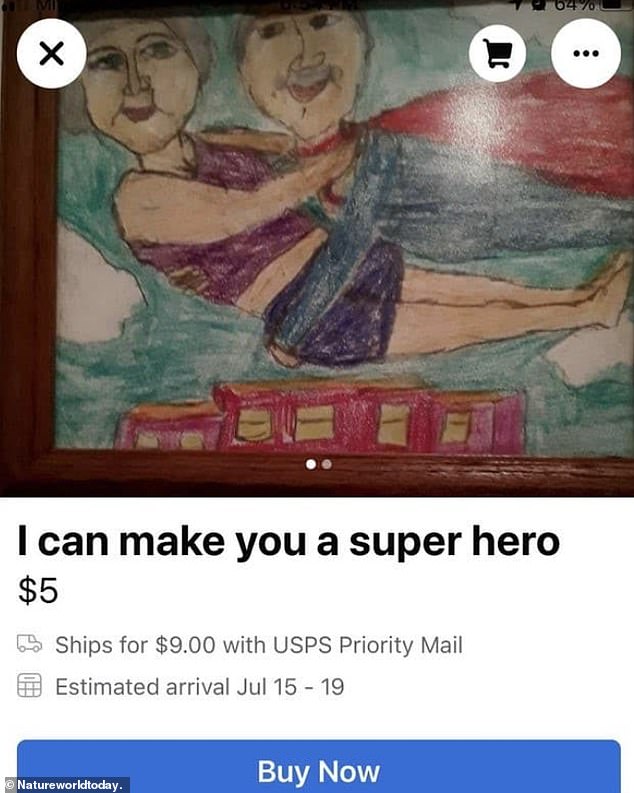 No sure it’s worth the $14 price tag. The shipping cost for this subjective work of art is higher than the actual painting’s price 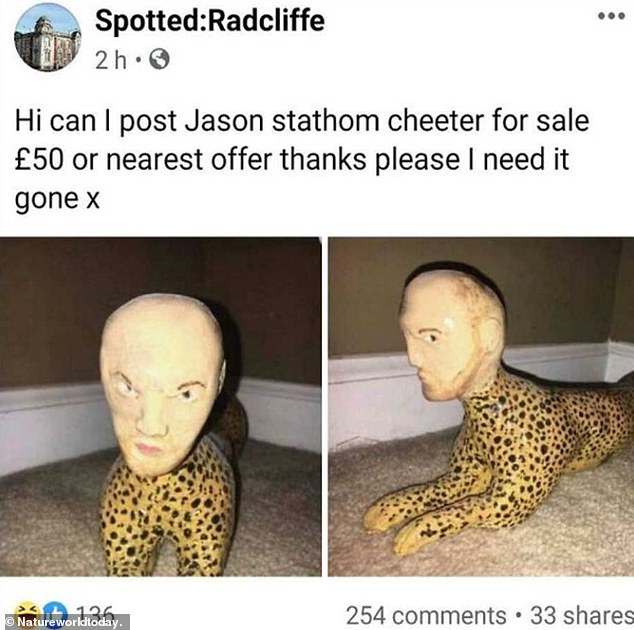 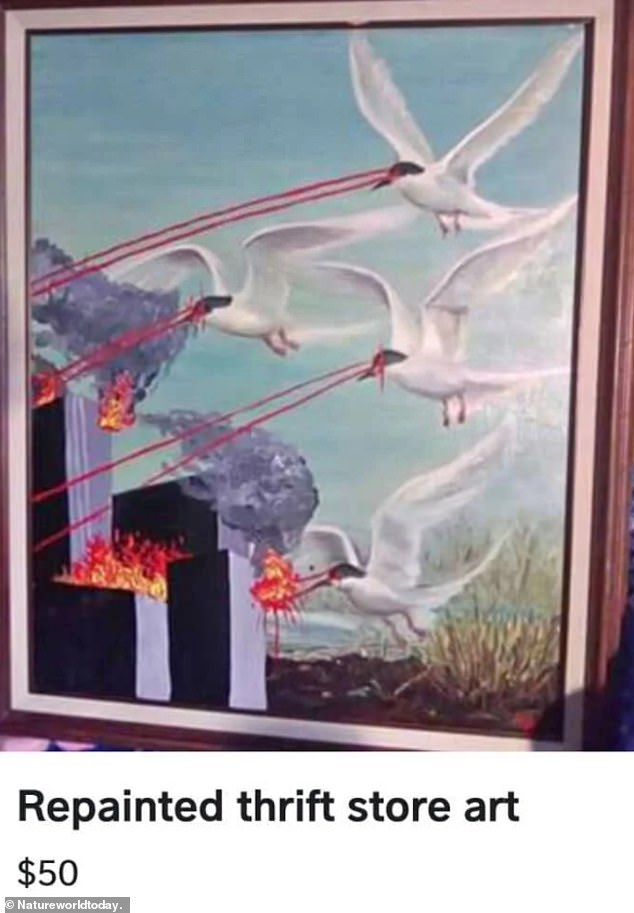 This surprising painting, going for $50 shows giant seagulls shooting lasers from their eyes 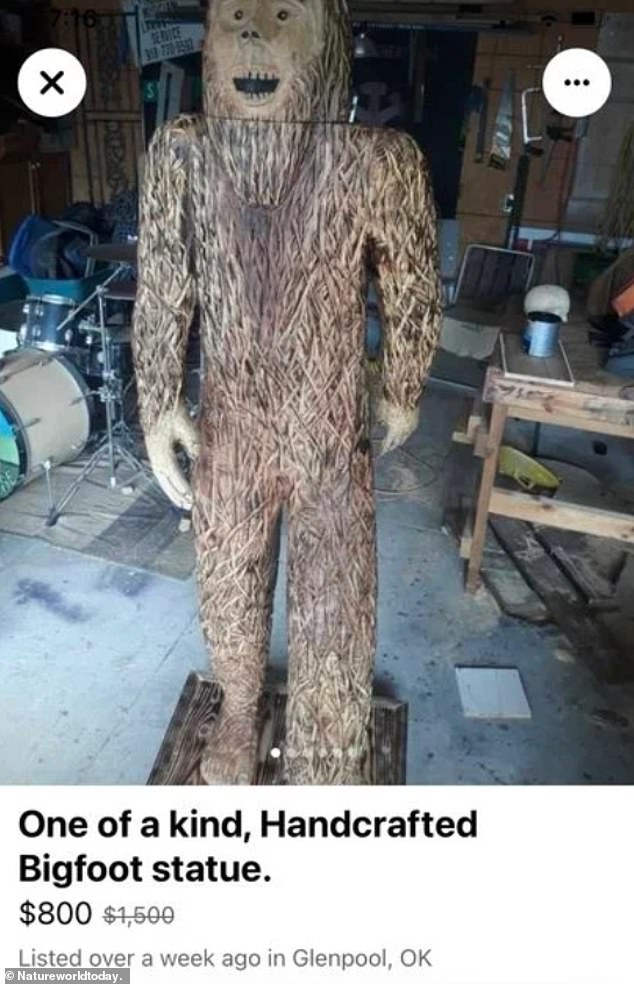 A woodworking enthusiast from Oklahoma tried to sell this ‘handcrafted’ statue of Big Foot for an eye-watering $800, (reduced from $1,500) 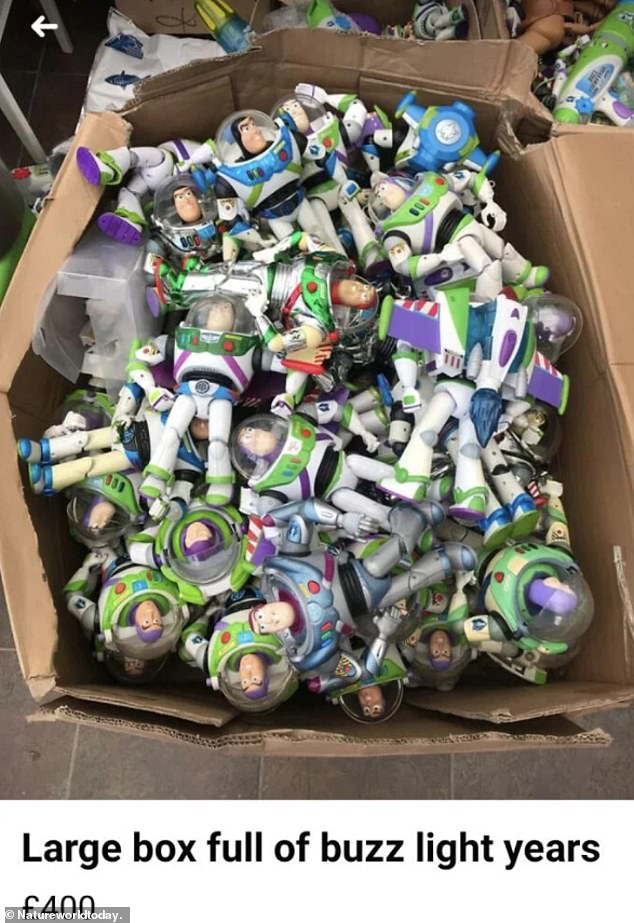 To infinity and beyond! A seller was advertising a box full of Buzz Light Years toys from the movie Toy Story, for £400 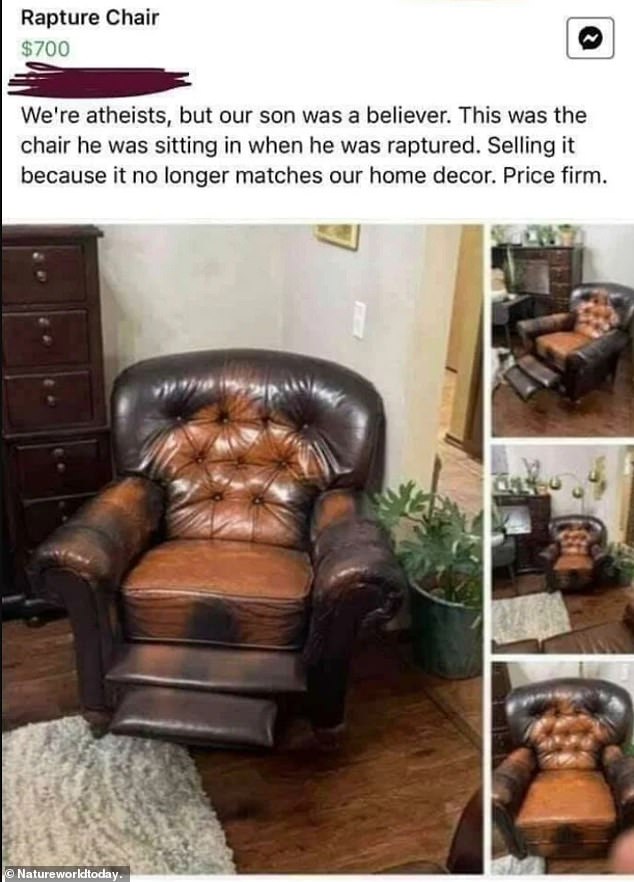 In order to sell their faded out chair, this family pretended their son had been on it when he rose to heaven to meet God 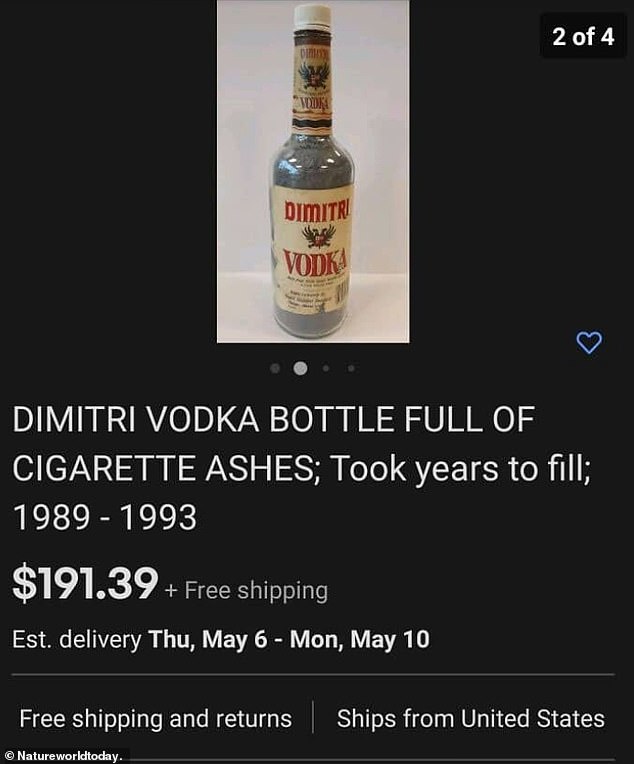 A bargain! Someone tried to sell a bottle of vodka filled with cigarette age that took ‘years to fill’ for $191.39 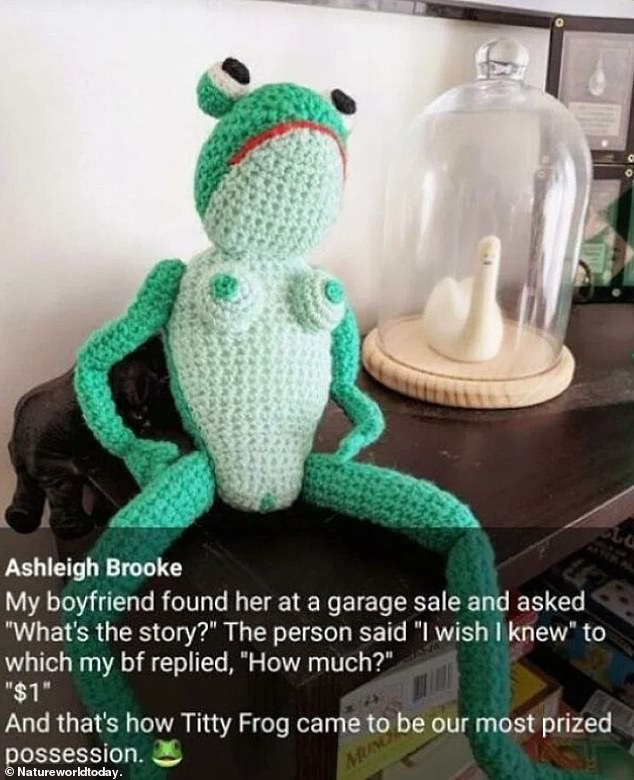 An unusual find! One woman revealed how her boyfriend bought this bizarre frog at a garage sale for $1 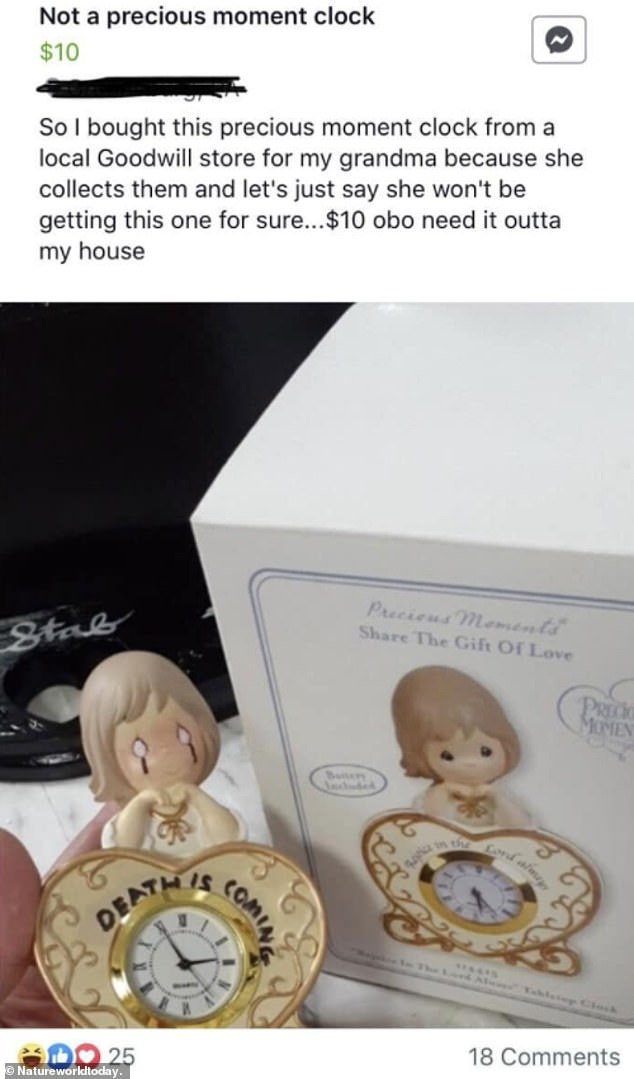 Someone from the US gave this clock from Precious Moment a emo makeover before giving it to Goodwill. Someone bought it by accident and tried to resell it 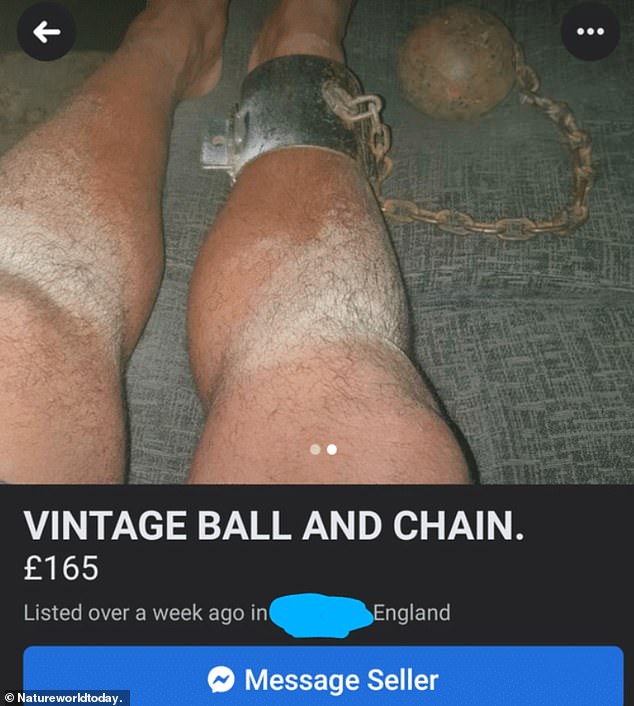 A bizarre advert from England was selling a ‘vintage ball and chain’ for £165, modelling it with a man’s hairy legs 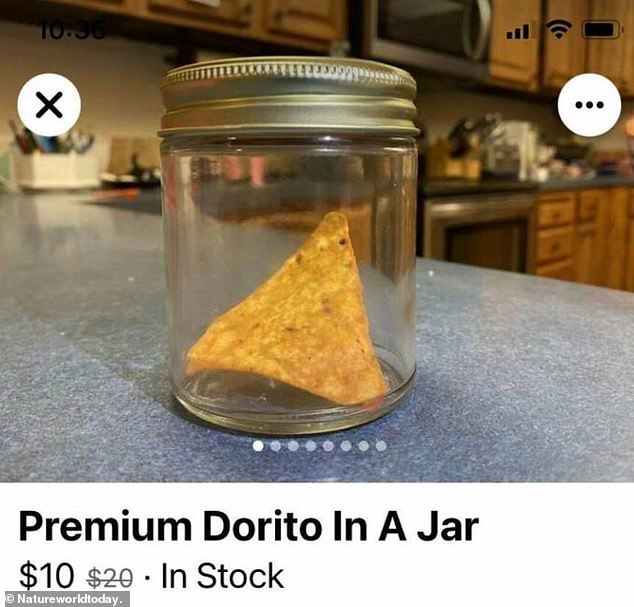 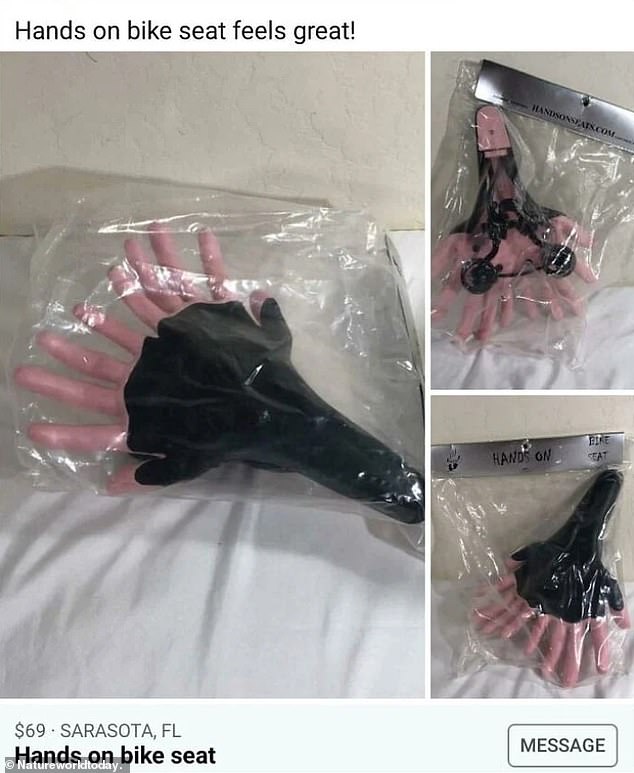 A cyclist from Florida tried to sell this unused but disturbing bike seat shaped like hands, pictured