Sophie Turner showed off her bare baby bump on a casual walk with her husband, Joe Jonas, in Beverly Hills on Saturday.

The “Game of Thrones” star, 26, donned a white button-down crop top – which gave fans a perfect peek at her burgeoning belly.

The actress styled the shirt with distressed low-rise denim jeans, sneakers and black sunnies. She completed her look with her bright red hair pulled back into a high braid. 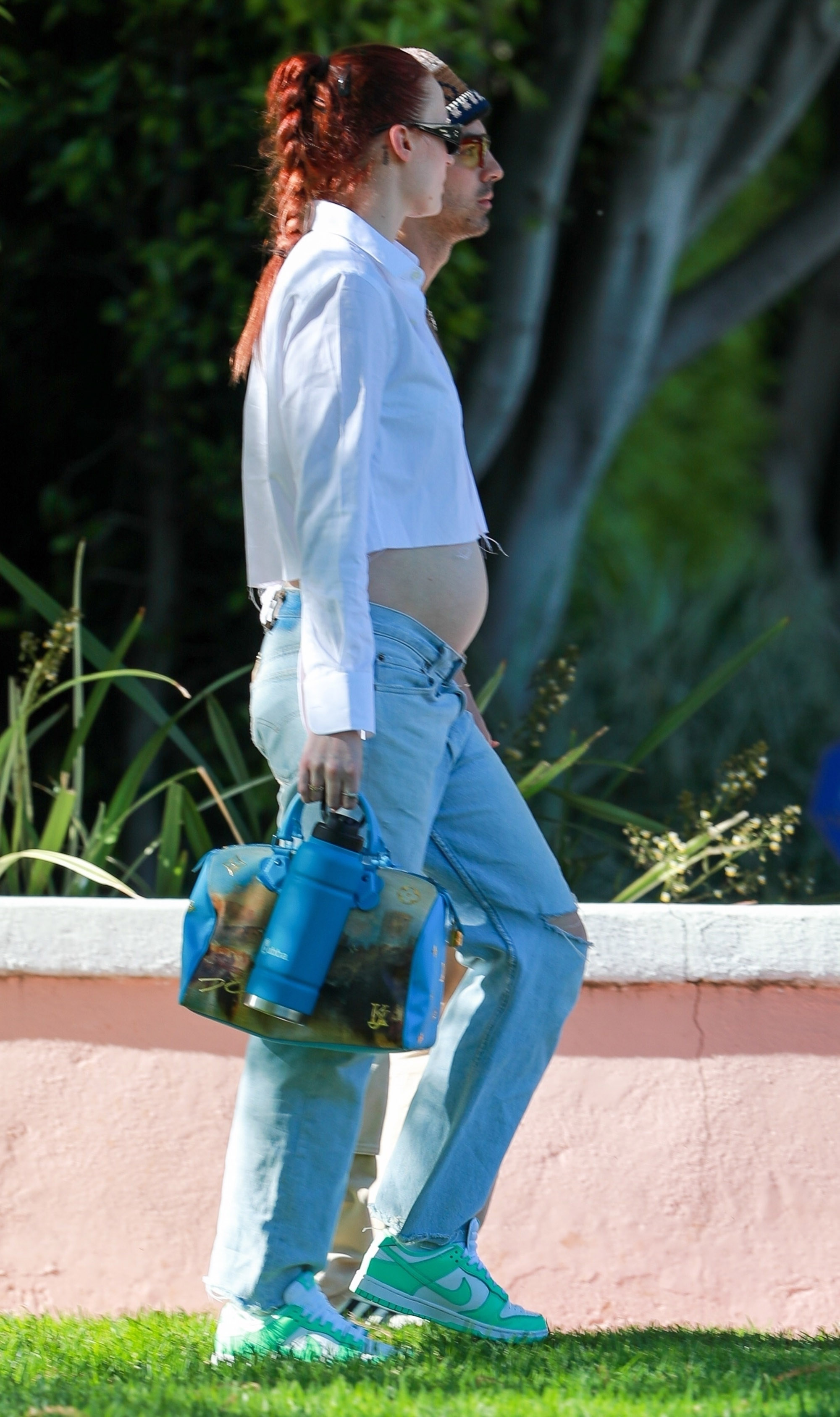 Jonas, 32, also went for a casual aesthetic, rocking a white tank top that was tucked into his khaki pants and styled with Adidas sneakers. He accessorized with a gold chain necklace and a bucket hat with peace signs all over.

At one point, the couple took a break as Turner got on the phone and Jonas looked attentively as she held the phone to her ear. 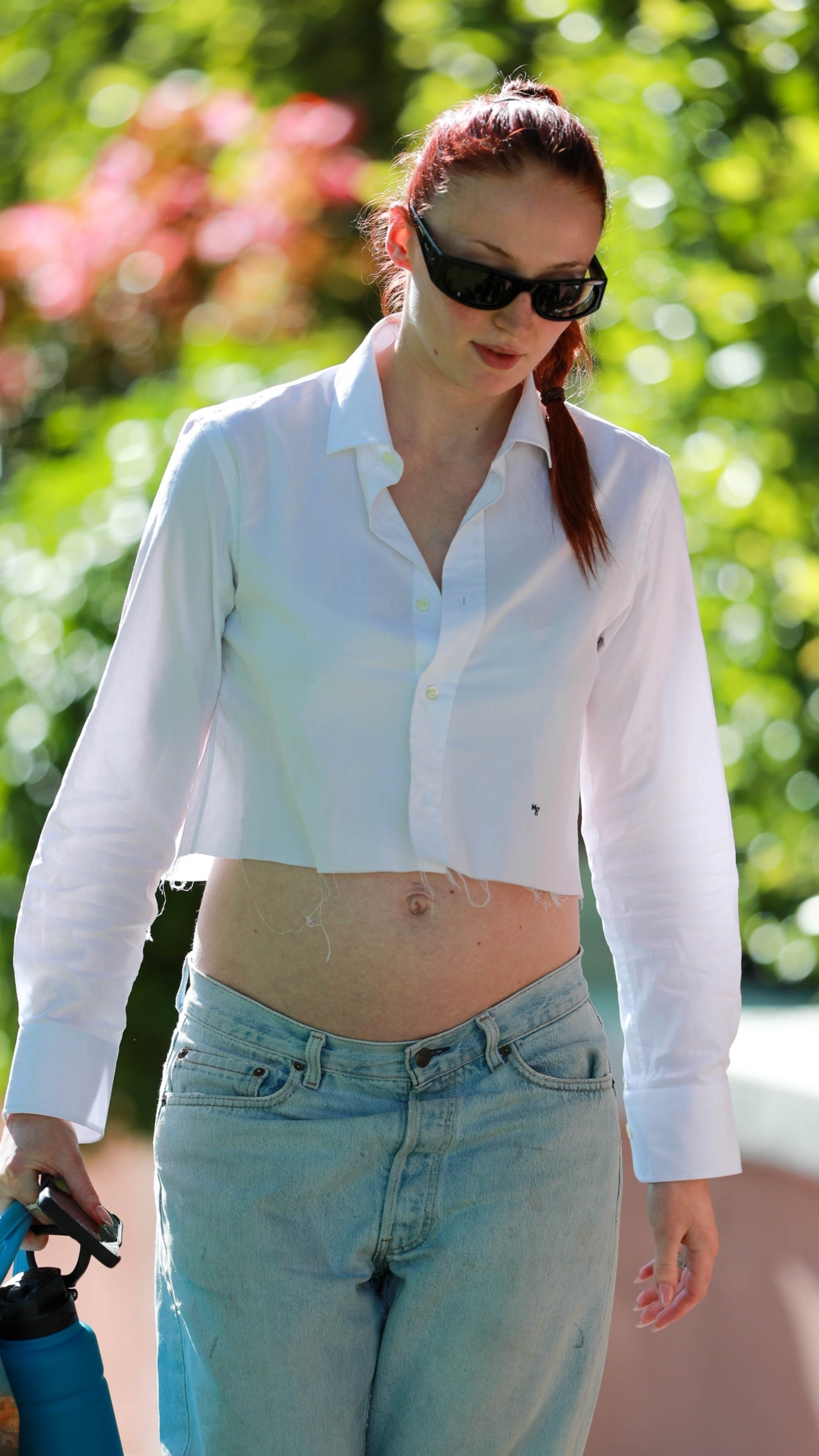 Earlier this month, multiple outlets reported the loverbirds were expecting another child.

Pregnancy rumors first sparked in February after Turner was spotted wearing a crop top and holding her stomach. She later donned a skintight green dress that seemed to highlight a baby bump.

Turner and Jonas have yet to announce the news themselves. 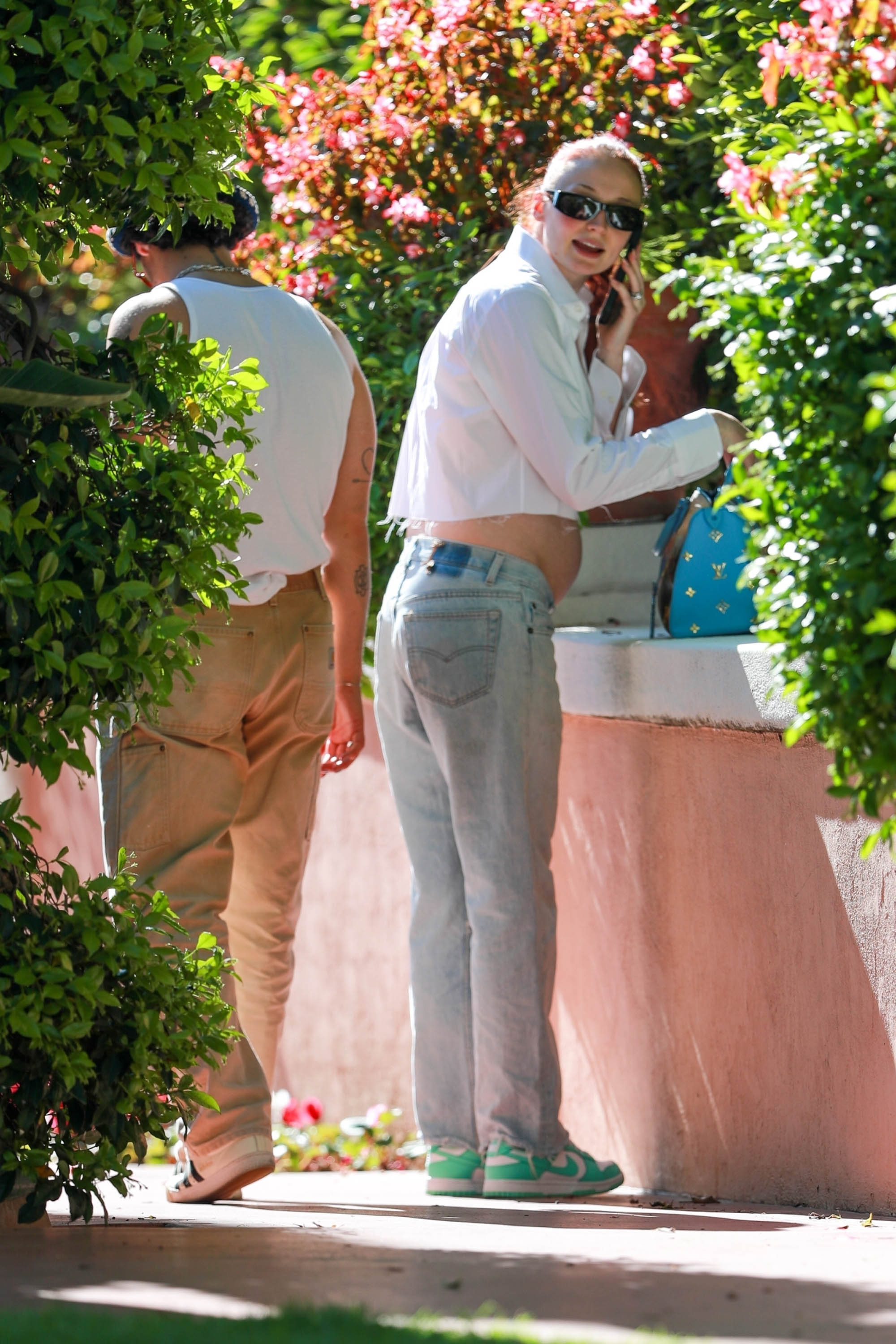 The two began dating in 2016 and announced their engagement in 2017, but didn’t make their red carpet debut as a couple until 2018. They surprised the world when they eloped in May 2019 just hours after the Billboard Music Awards in Las Vegas. Later that summer, the couple had a second wedding at France’s Château de Tourreau.