Princess Anne, 70, is known to be one of the hardest-working members of the Royal Family and was among the first members of the Firm to resume face to face engagements when lockdown ended. On Friday the Princess Royal honoured one of her ceremonial military roles and attended an event to mark the 71st anniversary of The Queen’s Gurkha Signals.

Princess Anne is Colonel-in-Chief of the Royal Corps of Signals and wore her ceremonial military attire to the event.

The Royal Family shared two photos from the engagement on Twitter, both in which Anne appeared to be cheery as she met Gurkhas of the 30th Signal Regiment and cut a birthday cake.

The Royal Family tweeted: “The Princess Royal visited the 30th Signal Regiment today, to mark the 71st anniversary of The Queen’s Gurkha Signals.

“HRH, who is Colonel-in-Chief of the Royal Corps of Signals, took the salute for The Queen’s Gurkha Signals’ parade, and cut their commemorative birthday cake.” 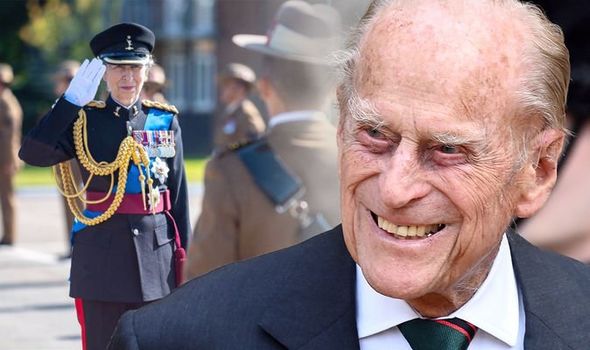 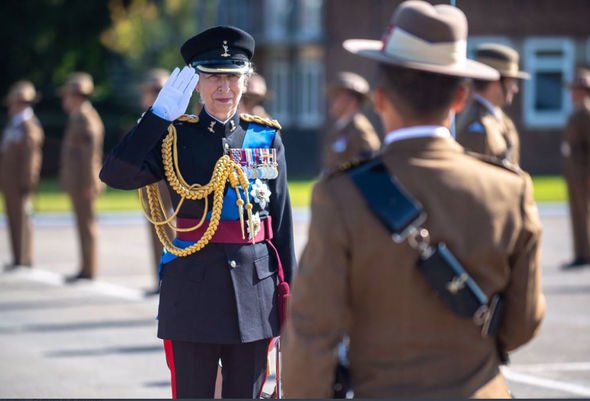 According to a body language expert, Princess Anne appeared to be in her element and displayed some of her father Prince Philip’s characteristic spark.

Body language analyst and author Judi James told Express.co.uk: “As one of the most hard-working royals it’s good to see from Princess Anne’s body language here that she still appears to enjoy the events she attends, even though they can often be back-to-back.

“With her torso covered in enough medals and gold braid to make a less hearty royal buckle at the knees, Anne manages to carry her uniform off here with enough aplomb and style to do the outfit proud.

“With her chest puffed and a firm, military salute, it’s only the wide grin that gives away the fact that she’s on more of a social visit than a sombre one.” 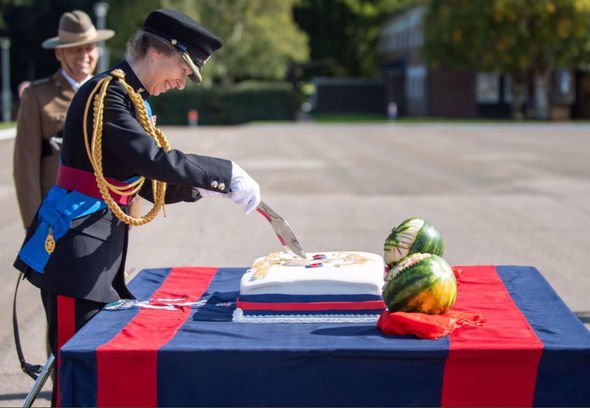 The expert added: “Her wide smile suggests pride in the Gurkhas that she is visiting, while the sense of a more fun occasion is echoed when she grins again in delight as she cuts their cake.”

According to Judi, Anne’s enthusiasm was mirrored by the host – a key sign the royal can put those around her at ease.

Judi said: “The important ‘tell’ here in the body language is the way her smile is mirrored by her host, suggesting a relaxed and enjoyable visit that is infused with a sense of fun as well as honour.”

Judi described Anne as “the true inheritor of her father’s twinkling eye” and claimed her temperament makes her well-suited to public service.

The expert said: “It may be that Anne, as the true inheritor of her father’s twinkling eye, is the only royal who could get this blend perfectly right, with her blend of stoic, often challenging behaviour underpinned by the kind of suppressed smile that shows the right levels of amusement.”

Many royal experts and authors have noted the similarities between Anne and her father in the past.

Ashley Walton, royal reporter for the Daily Express 1980 to 1994, said: “She’s just like Prince Philip. She’s the strong part of the Royal Family.” 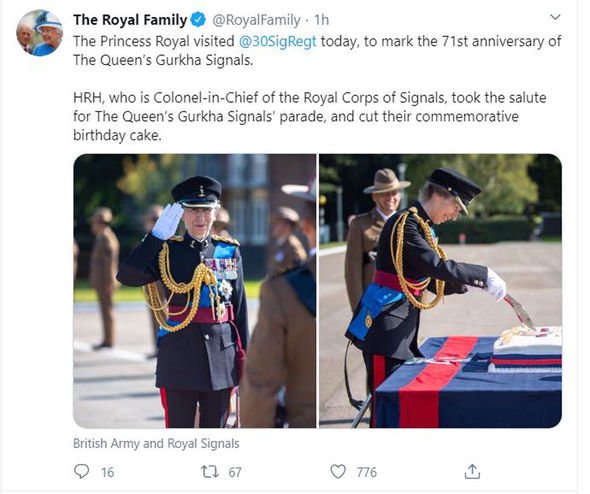 He added: “She’s as strong as he is, takes no nonsense, takes no prisoners.”

Princess Anne visited the Queen and Prince Philip at Balmoral earlier this month.

The royal couple has since relocated to Wood Farm on the Sandringham Estate in Norfolk.

The Queen is expected to spend some relaxing weeks with Prince Philip in Norfolk before returning to royal duty at Windsor Castle next month.