Kody Brown of TLC’s Sister Wives is known for his big dreams, from having 18 kids with four wives to launching new businesses and moving his family to different cities based on what he describes as “spiritual guidance.” But the famous polygamist’s latest dream doesn’t seem to be shared by Kody’s four wives, Meri, Janelle, Christine, and Robyn Brown.

On the Jan. 19 episode of Sister Wives, “Four Wives, One House,” Kody revealed his big plans for a single shared home to a reluctant audience in a Christmas Eve family presentation. The 50-year-old fundamentalist Mormon reality star live tweeted the episode, sharing some of the more difficult parts of plural marriage along the way. 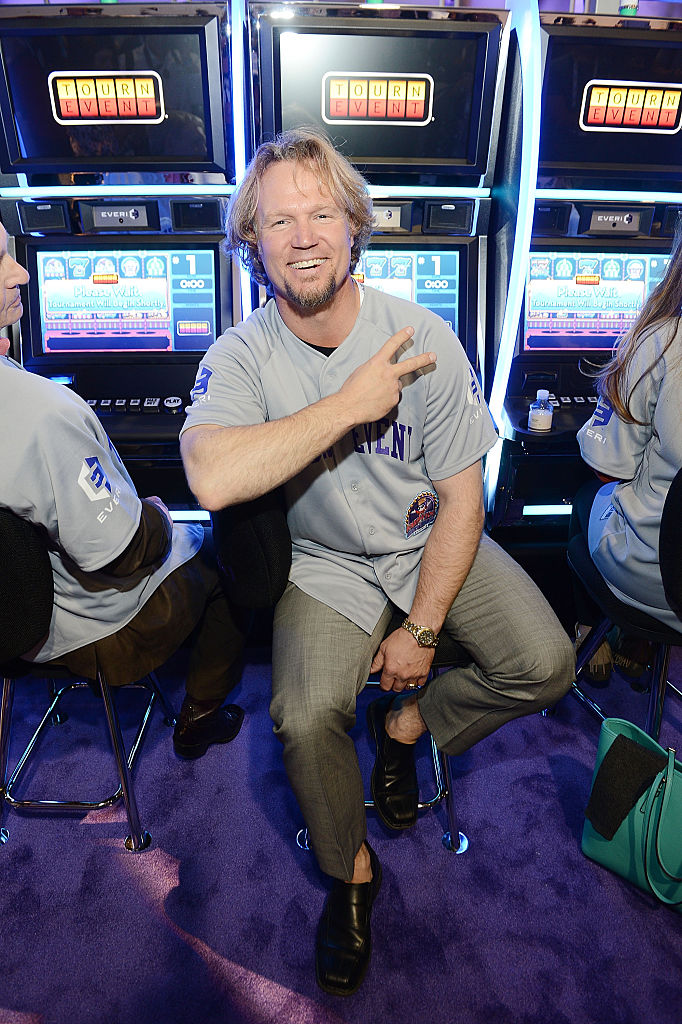 Kody tried to convince his wives to move into one home

Armed with the announcement “Welcome to my house” and a detailed 3-D walkthrough of the blueprint for a massive home, Kody shared his hopes for the entire Brown family to live under one roof.

“I’m so emotionally attached to this one home idea. It would be wonderful for my children,” the Sister Wives star wrote on Twitter.

But it was immediately clear that his wives would need some convincing. First wife Meri and fourth wife Robyn weren’t sure what to think, while second wife Janelle was surprisingly in favor of the idea. Meanwhile, third wife Christine was absolutely opposed to the notion.

“It will be no secret. I’m in love with the one house idea,” Janelle wrote on Twitter as the episode aired.

“It will be no secret. I’m not in love with the one house idea,” Christine quipped in response.

Kody’s third wife added in a follow-up tweet, “There’s so many living arrangements in plural families. Some are together, some are separate. We’ve done it all and I really like separate better.”

Happy Thanksgiving from our family to yours!! Thanks everyone for your kindness. We’ve been blessed! #thanksgiving #fromourfamilytoyours #gratitude

Kody’s live tweets during his presentation made it clear that living in polygamy, or “plural marriage,” isn’t always easy even for a seasoned pro like himself.

“I don’t gripe all the time. I’m just struggling with my attempt to make more than one woman happy,” he wrote in one tweet.

In a second, the Sister Wives star said he had never known just how difficult it would be to please four women emotionally.

“I know, I know! I asked for this,” he wrote, likely in response to much of the criticism he gets online. “You remind me all the time that I asked for this. I just expected it to be easier to keep them happy.”

Fans had mixed reactions to the Brown family patriarch

Many fans took to Twitter to accuse Kody of selfishness and thinking of his own needs before those of his family. “I’m thinking that perhaps LISTENING to your wives and children, and respecting their wishes on occasion, could go a long way toward that ‘goal,’” one critic wrote in response to Kody’s tweets.

Others brought up the widespread rumor that Kody favors Robyn over his other three wives. “The only wife you ever seem to listen to is Robyn,” one Twitter user argued.

Still, some fans were on Kody’s side and thought the shared home idea would make more sense for a polygamous family. “I think the family living in one house makes the most sense,” one supporter tweeted.

Another praised the Sister Wives star for trying to balance the needs and wants of so many family members, writing on Twitter, “Stop trying!! They need to give you a break and start respecting you as the head of the household. I think you had each wife in mind when you drew up those plans. Great job, I love the idea and the huge house.”