A woman’s floral tattoo became the talk of Reddit for all the wrong reasons.

Many believe the lotus design looks a lot ruder than intended.

So can you see why?

A picture of a woman’s shoulder tatt was posted onto the Bad Tattoos subreddit.

The inking consists of a pair of hands clutching a red flower.

And while the idea is a nice one, the execution isn’t as good as it could have been.

Some think the tattoo looks more phallic than floral. 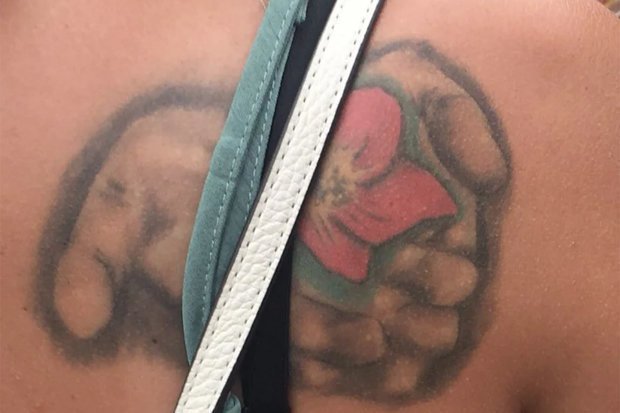 After a Redditor pointed out “that thumb looks like a d**k”, many were in agreement.

One responder admitted: “Now I can’t unsee it.”

Another asked: “Whose got two thumbs that are also a penis?”

A third joked: “The artist got a little cocky with their tattooing skills.”

Others interpreted the inkings in different ways – but these were equally harsh.

One commenter wrote: “Oh its a hands i thought it was a f***** up elephant or something.”

A second admitted: “It sorta looks like an old potato too.”

Another added: “That’s a clusterf*** of fingers for me.”