‘The Masked Singer’ unmasked the Baby during the October 6 episode. HL spoke EXCLUSIVELY with the celeb behind the costume, who stunned everyone with his identity.

Larry the Cable Guy was revealed as the Baby in the latest episode of The Masked Singer. Not one of the panelists guessed the Cars star, even though his name has been guessed multiple times with other masked celebs. HollywoodLife chatted EXCLUSIVELY with Larry about why he decided to do the show.

“When they called and asked me to do it, I thought about it. It’s really hard for me to leave the house,” Larry told HollywoodLife. “This is like my 35th year of doing stuff, and I don’t like to travel as much anymore. I love being with my kids and, but I had some time. I didn’t have anything going on. There were some golf courses out there that I really wanted to play, so that was a positive. But honestly, I wanted to do this show specifically because Jenny [McCarthy] thought I was the Banana. She thought I was another one. So I thought, how fun would it be to actually go out and do it and completely fool her because I know I can fool everybody because everybody just pictures me as this guy, this is what I do, but I can do a lot of other things so it’d be kind of fun to go out and completely fool them and show everybody — wow, that was crazy!” 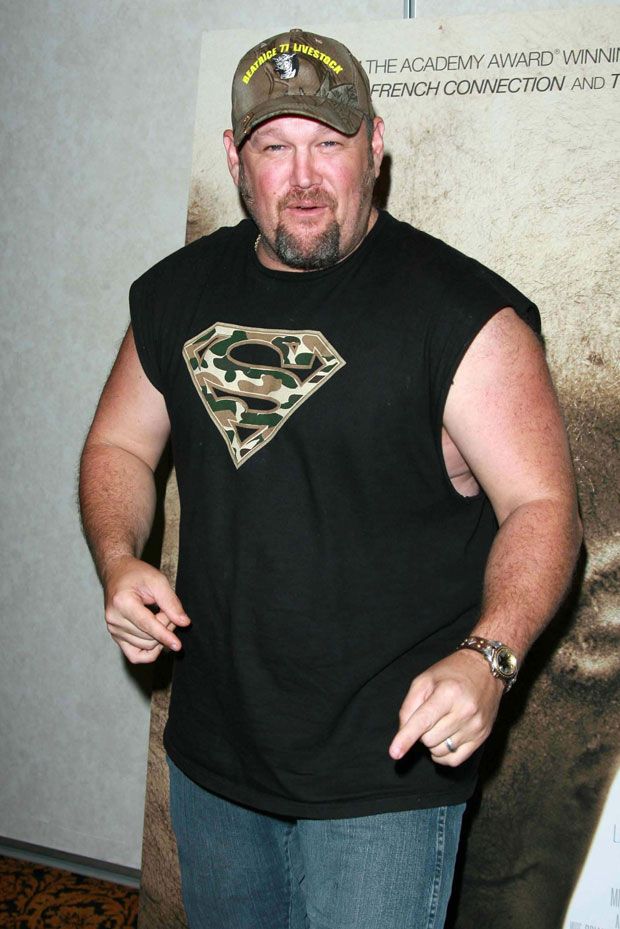 During the October 6 episode, Larry performed an operatic version of The Flintstones theme song. Larry explained his decision behind the performance. “I think singing things songs operatic and changing the style of the song is funny,” he said. “I’m not a singer. They are really good singers on this show as you can tell. Unbelievable. When we’re there, you hear them in rehearsal and it’s like, oh my gosh. So I wanted to just do something that was completely different that nobody else did. Everybody sings a song, so I wanted to sing a song but I wanted to sing something different. I took my operatic skills that I’ve been practicing since I was a kid, and I did an arrangement of The Flintstones. I thought it was awesome. It was everything I wanted to be. It was entertaining. It was fun. I think people really enjoyed it. It’s something that people will talk about the next day, and that’s what the show is all about. I definitely didn’t want to be boring. I wanted to be different.”

He added, “That’s the cool thing about it because people just know me as Larry the Cable Guy and doing these jokes and doing Mater from Cars. They don’t really picture me singing like that, so I knew that would throw everybody for a loop, including Jenny, who does know me and has worked with me.” 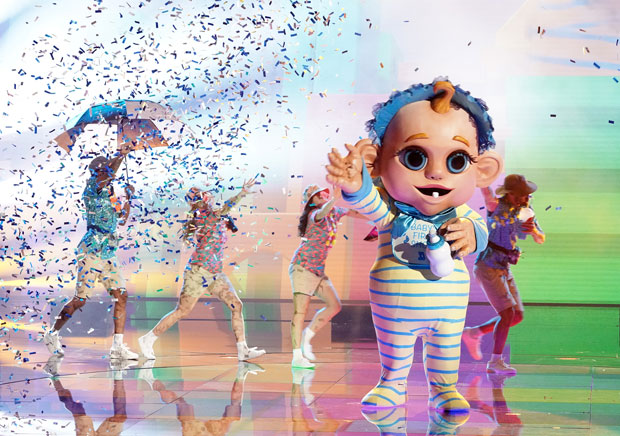 As for whether or not we’ll hear Larry singing again in the future, Larry admitted, “If I do, it will be stuff like that. It won’t be regular songs because I can’t compete with actual singers, but I enjoy doing that kind of stuff. If they ever come up with an off-Broadway production of The Flintstones, maybe they’ll call me from this performance and asked me to do something.” The Masked Singer airs Wednesdays at 8 p.m. on FOX.