Hallelujah! What a love affair… A new film tells the entrancing – and ultimately tragic – story of Leonard Cohen and the muse he always adored…

She was immortalised in song by Leonard Cohen and their enduring love affair would last a lifetime. Now a heart-wrenching documentary explores the complex and unconventional relationship between the charismatic Canadian singer-songwriter and his mysterious Norwegian muse, Marianne Ihlen.

Cohen fans will be entranced by the moving, funny and tenderly told story, which uses rare footage, new interviews, cleverly collaged stills and Cohen’s sonorous voice to explore the couple’s free-spirited romance and its devastating legacy. 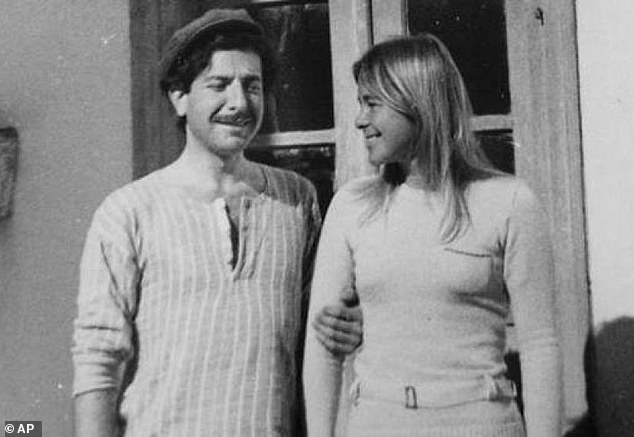 Leonard Cohen with Marianne Ihlen in the Sixties. Cohen fans will be entranced by the tenderly told story, which explores the couple’s free-spirited romance

Ihlen met Cohen, then a young, struggling poet, when he arrived on the Greek island of Hydra in April 1960 and fell for the bohemian lifestyle it offered. Hydra had a hedonistic reputation and was frequented by artists and society figures including Jackie Kennedy and Princess Margaret. There was no shortage of drink or drugs, with LSD and amphetamines proving particularly popular. That September, he bought a cottage in the hills above the tiny port with the proceeds of a small inheritance.

‘At that time I could live on Hydra for $1,100 a year and live a good life,’ Cohen told me at his Los Angeles home in 1991. ‘So I’d come back to Canada and make a thousand bucks doing some job or other and then go back to Hydra and write and swim and sail. I bought the house there for $1,500. I still have it.’

Ihlen had been on the island for two years when Cohen appeared, silhouetted by sunlight in a shop doorway. ‘Oh, he was beautiful!’ she later exclaimed.

He wrote to a friend feverishly describing ‘this Scandinavian goddess’ as ‘perfect’.

But Ihlen was married to Norwegian novelist Axel Jensen and they had a baby together. However, the marriage was failing and Jensen had met another woman.

Cohen offered to drive Ihlen 2,000 miles to Oslo, where she finalised her divorce.

Back on Hydra, the lovers would stroll the winding streets, wearing cool white linen. Cohen recalled feeling that they were ‘covered with a kind of gold dust – everything we did was informed by this glittering significance’. 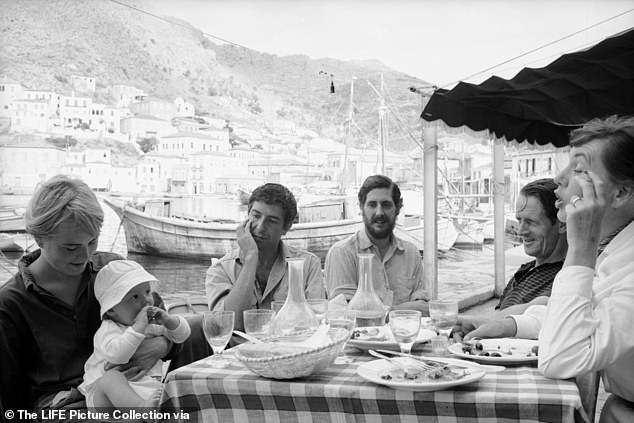 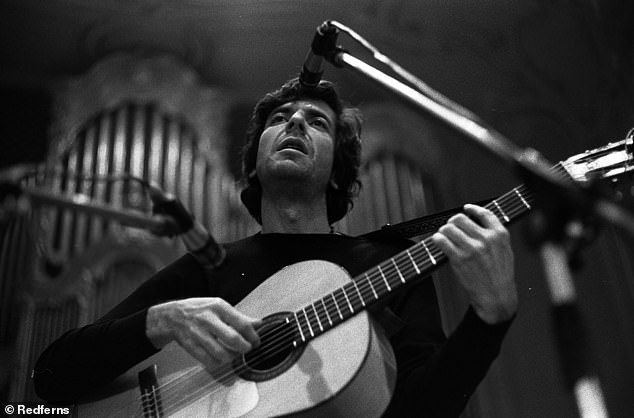 Leonard Cohen at the hgeight of his fame. ‘We bathed, we played, we drank, we discussed,’ Marianne reminisced. ‘There was writing and love-making’

Now 25 and in love, Ihlen sent her son back to Norway to live with his grandmother and set up home with Cohen. For six years they lived out a fairy-tale existence. Cohen wrote relentlessly, often fuelled by ‘uppers’, while Marianne would float around, preparing salads and tending to their marijuana plants.

The back-sleeve photograph on his second album, Songs From A Room, captures the simplicity of their lives: Ihlen sits at a desk in a sparse bedroom clad only in a towel. ‘We bathed, we played, we drank, we discussed,’ she reminisced. ‘There was writing and love-making.’

Cohen’s seductive way with words was now working for him on the world’s stage. His first album, Songs Of Leonard Cohen, released in 1967, was a slow-burn success and professional engagements were beckoning him away from Hydra. His bohemian dream was ending. ‘Somehow it collapsed,’ Cohen reflected. ‘Weightlessly, like ashes falling. There was no confrontation, no discussion.’ 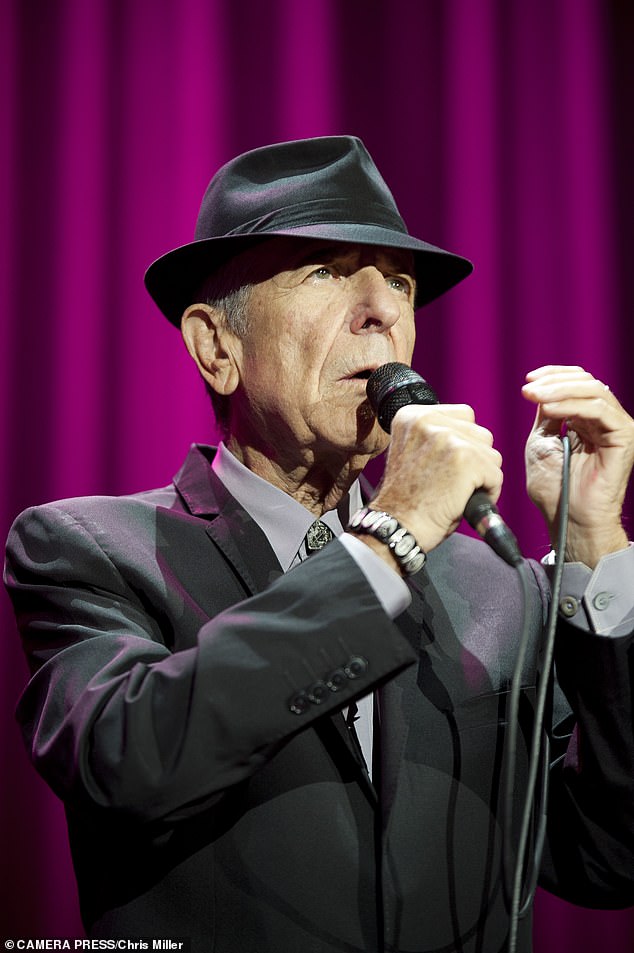 Cohen on stage in 2013. As he entered his 70s, Cohen’s career enjoyed a huge, unexpected upturn, due in part to him having written the universal hit Hallelujah

A ladies’ man to the last, he remained single. I once asked why he’d never married. ‘Too frightened,’ he murmured. Yet Ihlen, you sensed, was never far from his thoughts.

During their years apart, precious letters and notes were exchanged by the lovers. In his song I Can’t Forget Cohen crooned a further cryptic message: ‘I’ve loved you all my life/And that’s how I want to end it’.

As he entered his 70s, Cohen’s career enjoyed a huge, unexpected upturn, due in part to him having written the universal hit Hallelujah. He embarked on a two-year world tour in 2009, aged 74, and immediately reached out to Ihlen, as if wanting her to share his autumnal good fortune. After decades apart, during which time Cohen had moved to Los Angeles and had two children with artist Suzanne Elrod and Ihlen returned to Norway and married an engineer, the singer invited his dearest old flame to a concert in Oslo. From her front-row seat, she sang along to So Long, Marianne. In the documentary we join her at the show, waving and weeping.

At 81, Ihlen was diagnosed with leukaemia. On hearing the news, Cohen emailed her at the hospital: ‘Dearest Marianne, I’m just a little behind you, close enough to take your hand. This old body has given up, just as yours has too, and the eviction notice is on its way any day now. I’ve never forgotten your love and your beauty. But you know that. I don’t have to say any more. Safe travels old friend. See you down the road. Love and gratitude. Leonard.’

Those close to Ihlen in her final days say that she read the message repeatedly before dying in July 2016. Cohen died peacefully just four months later.

‘Marianne & Leonard: Words Of Love’ is in cinemas on July 26