Lauren Schmidt Hissrich and the writers’ team of The Witcher Season 2 gave fans a small nod to the video game The Witcher 3: Wild Hunt. It is no surprise as the entire series, characters, and storyline are based on Andrzej Sapkowski’s books and uses details of the video game adaptations. One small moment between Ciri and Geralt in episode 1 mentions a very famous kingdom and ally of Cintra.

After the events of The Witcher Season 1, Geralt and Ciri travel away from the remains of the Battle of Sodden and take refuge in the forest for the night. Ciri has nightmares about escaping Cintra and Geralt tells her the truth about how she became his Child Surprise. He explains he saved Duny from her grandmother Calanthe. At the time, Ciri’s father did not know the unique child he was giving up.

Ciri is still broken over losing her family and Cintra and tells Geralt she misses home. But Geralt tells her the cold truth that Cintra is no longer safe. Ciri suggests the idea of going to Skellige and she has people there.

Her suggestion is brushed away by Geralt who warns Ciri she would be married off to the king with bad breath. Comically, he does say Skellige has good food. Fans of the original books and The Witcher 3: Wild Hunt video game would have understood the reference.

Skellige is a location in the The Witcher 3: Wild Hunt video game

Fans on Reddit picked up the subtle reference to Skellige at the beginning of the second season. The Reddit thread includes a comical meme where Geralt says a different line than in the series. The meme has Geralt say Skellige will lead to too many side quests, and they would get sidetracked.

The meme and original scene in The Witcher Season 2 ties back to the video game The Witcher 3: Wild Hunt. Skellige is a Northern Kingdom off the coast of Cintra consisting of a cluster of islands. Skellige is known as an ally to Cintra for one major reason that appears in the books and game.

Eist Tuirseach is the second husband of Queen Calanthe, Ciri’s grandmother. He is also the Jarl of Skellige, later turned king. Skellige is often known as a part of The Witcher 3: Wild Hunt, where players can get sidetracked if they decide to visit.

According to SideGamer, the game has three major regions to explore and explain the appropriate time to visit. “In the end, head to Skellige when you feel like it. If you’re looking for a crazy amount of challenge, it’s the best place for it,” explained SideGamer.

If gamers or Geralt and Cintra visit Skellige, they might find themselves in even more trouble than they are ready for.

Does Skellige have a connection in ‘The Witcher’ Season 3? 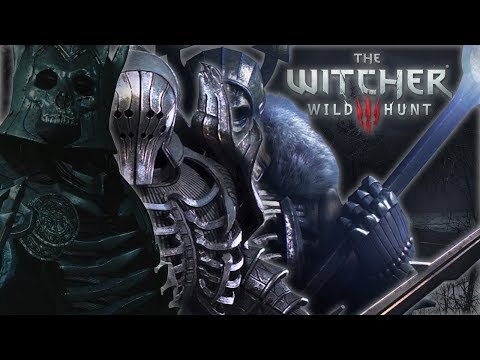 Besides the scene between Geralt and Ciri about Skellige in The Witcher Season 3, the kingdom does have another tie to the series. According to Polygon, “People from Skellige claim the Wraiths of Mörhogg raid their shores aboard a ship called the Naglfar, a longship made from the nails and toe-nails of dead men, which lead to their practice of cutting the nails of the dead to deprive the wraiths of building materials.”

Fans will remember when Ciri listens to Nivellen’s story about seeing the Wild Hunt in episode 1. Ciri knows of the tale and instead calls them the Wraiths of Mörhogg. She even explains her grandfather, Eist, saw them before he died.

The Witcher showrunner has confirmed the third season will further explore the origins of the Wild Hunt. The next season may also delve into Skellige.