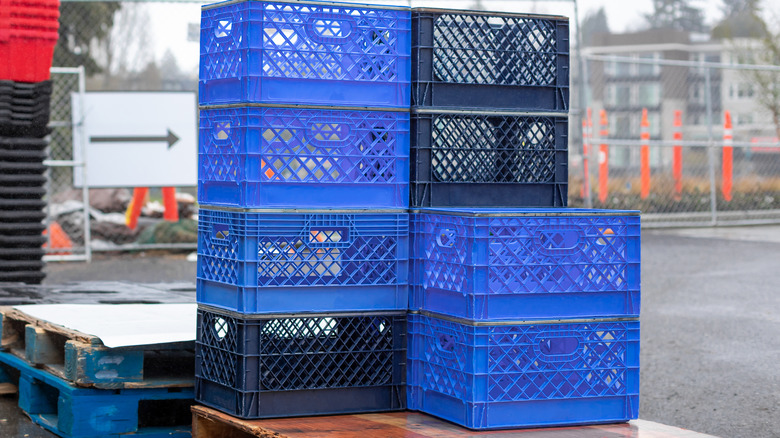 Every other week a new craze takes the TikTok world by storm, and this time it’s got everything to do with milk crates. You know, the interlocking plastic boxes that are usually used as a way to transport bottles and milk to grocery stores. Well, now they’ve become a trend on the video-sharing app, because some users have created a challenge — aptly called the milk crate challenge – where you climb up and down stacked crates that have a tendency to collapse.

Since gaining traction on the app since early August (via People), there have been reports of serious injuries in the United States as well as in dozens of countries across the world (via Sky News). “This is probably the [craze] that I’ve seen that has the highest potential for bodily injury that will take people out not just of their daily lives, but have lifelong implications,” orthopedic surgeon, Dr. Vonda Wright, told NBC News.

She went on to warn that those participating in the challenge could risk “a wrist fracture, a forearm fracture, a broken femur, a torn ACL, or a concussion with a head bleed that could potentially lead to lifelong damage.” And as the country’s hospitals are still dealing with cases of COVID-19, patients could face longer wait times for emergency treatment. 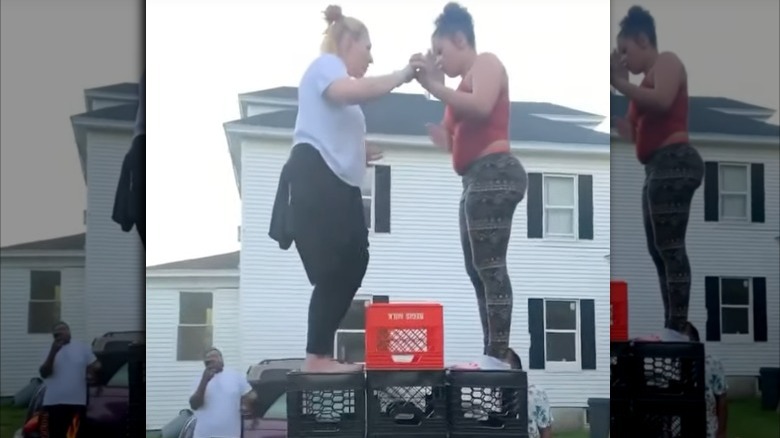 TikTok issued a statement to People warning its users to “exercise caution in their behavior whether online or off” in response to the craze. A spokesperson told the publication that they “prohibit content that promotes or glorifies dangerous acts” and that they “remove videos and redirect searches to our Community Guidelines to discourage such content.” NBC News noted that following the increase in videos relating to the craze, TikTok has disabled the term “milk crate challenge” from its search bar and is removing some of the videos relating to the trend.

This isn’t the first dangerous craze to hit the platform, either. Previously, users were participating in the “skull-breaker challenge” (via Forbes) which saw two people kicking the legs of a third person to make them fall over. Unsurprisingly, this led to serious head and spine injuries (via BBC News).

As Dr. Vonda Wright summarized to NBC News in relation to the milk crate challenge, “I get that it’s fun, but let’s use our brains for something other than hitting our heads on the ground.”